In the wake of the killing of George Floyd, many have embraced the claim that words are violence. While protests and unrest continue on the streets, a battle over language is raging at news outlets and online, one that prompts questions such as: Is it tantamount to a physical threat and endangering journalists’ lives when an op-ed page contributor writes something you disagree with? Are protests that lead to violence, injury, and sometimes death properly described as “peaceful?”

Should news outlets report on the steady acts of looting and property destruction (including obvious threats made against others) in recent weeks or does such reporting risk getting one labeled “immoral” by one’s peers because it focuses on property rather than police brutality?

This problem isn’t limited to the recent social unrest in the wake of Floyd’s murder. The question of whether or not speech incites dangerous behavior has prompted many cultural battles (and First Amendment lawsuits) over the years. Violent language sometimes does lead to actual acts of violence. When it does, the media should report it as such, as it has done in the past, such as in its coverage of the manifesto written by Unabomber Theodore Kaczynski.

Which is why it was odd for editors at the New York Times to choose feminist writer Valerie Solanas as a featured person in the paper’s “Overlooked” series. (For those not in the know, the Overlooked section “is a series of obituaries about remarkable people whose deaths, beginning in 1851, went unreported in the Times.”)

What makes Ms. Solanas “remarkable” in the assessment of the Times? “She made daring arguments in ‘SCUM Manifesto,’ her case for a world without men,” the obituary notes, “But it was her attack on [Andy] Warhol that came to define her life.”

The “SCUM Manifesto” did far more than make the case for “a world without men.” It advocated killing them, or at the very least castrating them all. And “her attack” was, in fact, attempted murder, although Bonnie Wertheim, who wrote the piece for the Times, is too squeamish to say so outright (“soon, there were gunshots” is how she describes Solanas’ effort to kill Warhol.)

Solanas didn’t just shoot Warhol, who barely survived the attack that no doubt shortened his life and drove him into semi-reclusiveness. She also shot art critic Mario Amaya, whom the Times neglects to mention, but who was with Warhol at the time. She would have killed a third person, Warhol’s manager Fred Hughes, whom she attempted to shoot at point-blank range, but her gun jammed. She was a cold-blooded murderer.

The Times’ treatment of Solanas would likely not have been so flattering if she had been a mentally disturbed male loner who had written a misogynist screed and targeted a famous female artist. Is Solanas’ call for gendercide only worth resurrecting because we are now living through a time where anger—even irrational, violent rage—is valorized as long as it is in service to the right ideological cause?

The Times clearly thinks so. The paper tweeted: “Valerie Solanas is best known as the woman who shot Andy Warhol. But to focus on the shooting is to ignore her contributions to the feminist movement, including her seminal text, ‘SCUM Manifesto.’” (No word on whether Times editors grasped the irony of using the word “seminal” to describe a woman who advocated a world without men).

Solanas never regretted her behavior. Asked about the attempted murder by the Village Voice years later she said, “I consider that a moral act. And I consider it immoral that I missed. I should have done target practice.”

In glorifying a mentally ill woman who spent her life verbally and physically threatening the men she hated, the Times has elevated someone unworthy of any such honor. Her supposedly important theories on gender were little more than the rantings of a diagnosed paranoid schizophrenic, and her stalking and violent behavior should not be excused away merely because it was attached to a radical feminist ideology the Times editors deem culturally important.

As an example of the horrifying toll that childhood abuse and mental illness can take on someone, the story of Solanas, if it is told at all, should be portrayed as tragedy. By lionizing her in its Overlooked series as some kind of heroic radical, the Times has instead offered its readers an offensive farce. 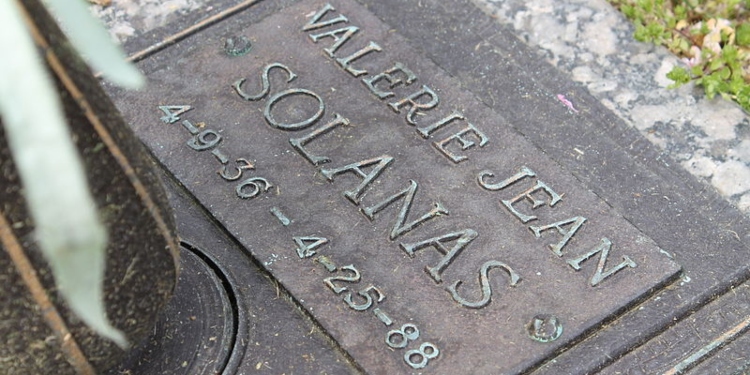