To the areas of life in which there will soon be no escape from antiracist ideology (infancy, K-12 and higher education, museums, workplaces, Hollywood, sports, et al.), you can now add pediatrician’s offices and emergency rooms.

This week, How to be an Anti-Racist author Ibram X. Kendi was the featured speaker at the closing plenary session of the annual conference of the American Academy of Pediatricians. According to the AAP’s summary of the event, Kendi “said pediatricians should consider racism to be a diagnosis.” He argued, “The reason why I sort of diagnose people or even policies or ideas or communities or institutions as racist is because I want them to heal and I want them to heal through anti-racism.”

It’s a booming business: Kendi is also a featured speaker at the annual conference of the American College of Emergency Physicians later this month; and he’s been participating in webinars instructing medical students and professionals at places like Stanford on “Antiracism in Biomedical Research and Medicine,” for example.

As the AAP noted in its summary of the event, Kendi specifically called out “white pediatricians” and said they “need to support pediatricians of color in antiracist work.” Kendi said, “If you’re not stepping up to be involved in anti-racist work in your establishment and you see those people of color stepping up, then you’re essentially burdening them.”

It’s not a surprise to see the AAP featuring Kendi’s anti-racist ideology. In June, the president of the AAP, Dr. Sara H. Goza, issued a statement saying, “We must dismantle racism at every level, from individual to institutional to systemic.” Groups such as the Institute for Antiracism in Medicine now offer Continuing Medical Education credits to participants who enroll in their “How to be a Healthcare Antiracist” classes. It’s worth noting how the Institute describes its own mission: “The Institute for Antiracism in Medicine is an organization dedicated to eradication of racist thought, behavior and policy in our country and in our world.” Note the prominence given to the eradication of wrong thoughts.

Antiracism ideology has been making inroads into medicine for a while. As Dr. Sally Satel of the American Enterprise Institute has documented, in recent years it has been driven by broad social justice campaigns that go well beyond physicians’ expertise. Doctors writing in the New England Journal of Medicine now claim, “We live in a country established by indigenous dispossession and genocide. Because slavery and the racial ordering of humans and goods it established constructed a political economy predicated on devaluing black labor, demeaning black bodies, and denying black humanity.”

As Satel notes, there is a big difference between physicians’ need to understand the social conditions that impact the health of particular groups in society and physicians openly calling for an end to policing, for example, as the medical student activist group, White Coats for Black Lives does (“policing is incompatible with health” is one of their platform statements). Satel asks, “Will the politicized “anti-racist” classroom be able to summon the neutrality needed to impart scholarly findings of rigorous medical sociology? Will instructors encourage civil debate and viewpoint diversity?” More importantly, “How can we effectively promote the importance of self-care—following a diet, exercising, taking prescribed medications regularly—under a regime that sees patients as being almost exclusively at the mercy of social forces?”

Antiracism has been working its way into STEM fields as well; see, for example, “Ten Simple Rules for Building an Antiracist Lab,” and a recent article in the Journal of Engineering Education titled, “Racism is the manifestation of White supremacy and antiracism is the Answer.”

Anti-racists are crafting a narrative that places “white supremacy” at the center of America’s past, present, and, it implies, its future. Dr. Brandi Jackson, the founding director of the Institute for Antiracism in Medicine, puts it as follows: “Since slavery, white supremacists have been busy engineering a system of oppression so advanced that it was hidden in plain sight. So elegant, that your conscious awareness of it was not necessary in order for you to uphold it.” This reads more like a passage from Hebrews in the Christian Bible about “the evidence of things not seen” than it does a diagnosis of a real healthcare challenge from a modern medical professional.

But antiracism, as Kendi himself acknowledges, is more of a faith-based than facts-based approach to problem-solving, one that relies heavily on confession of one’s sins while promising only the hazy, far-off possibility of some future expiation of them. “The denial of racism is its heartbeat. In contrast, the heartbeat of being an anti-racist is the ability to confess when we were being racist. When our nation, our state, our county, that policy, that idea, was indeed racist,” Kendi said in a speech. He likens antiracism to the redemption offered by religious faith, noting that, like the religiously faithful, you have to acknowledge that you “need to be washed clean. You have to admit that you were in many ways raised to be racist before you can even begin the process of being antiracist.”

This is the language of religion, not science. It is the medicine of the soothsayer, not the physician. Considering that Kendi recently called white parents who adopt non-white children “colonizers,” it’s worrisome that the nation’s pediatricians are taking advice from him on how best to manage the needs of their patients. Most medical professionals strive to offer the best possible care and empathy to all their patients. They work to combat the health effects of social conditions and to factor in health disparities based on race in their research and clinical care. They seek to educate and heal their patients. Antiracist ideologists like Kendi, by contrast, seek only to indoctrinate them while enriching themselves—and undermine medical practice in the process. 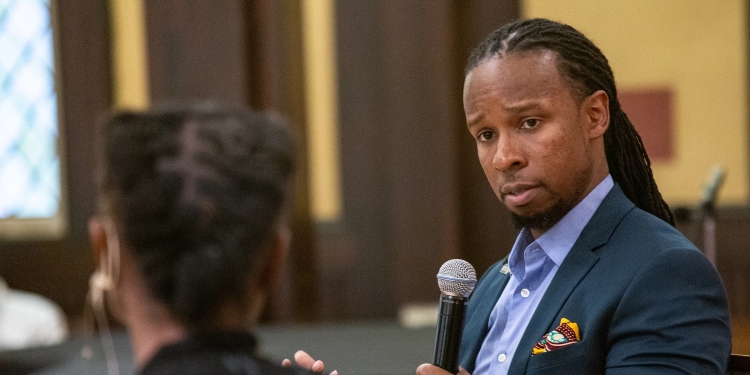