The terrible stories keep coming: In Baltimore, a man attacked two Asian women with a cinderblock. He has a lengthy rap sheet, including previous assaults. In New York, Donovan Lawson was arrested for assaulting a 63-year-old Chinese-American bus driver. According to the New York Times, this was Mr. Lawson’s 33rd arrest, despite the fact that he is only 26 years old. In March, a man out on “lifetime parole” for stabbing his mother to death randomly and savagely attacked a 65-year-old Filipino-American woman near Times Square. This week, footage emerged of a woman with a hammer attacking two Asian women who were walking down a sidewalk in New York City.

The burden should not be on law-abiding citizens⁠—and particularly on Asian-Americans⁠—to be on high alert for attacks every time they walk down the street. And yet, how could they not feel that they do bear this burden, given how often violent, repeat offenders are returned to the streets? As the Times story explained about Lawson, “He is not unique. Many of the people charged recently with anti-Asian attacks in New York City have also had a history of mental health episodes, multiple arrests and homelessness, complicating the city’s search for an effective response.”

One effective response might be to keep more of these violent people off the streets so they can’t continue to harm others. This novel approach wouldn’t be the work of police alone. Unfortunately, though, many of the people attacking Asians are repeat violent offenders whom liberal-minded district attorneys and judges have allowed to go free when they should be behind bars.

Consider what’s been happening in San Francisco under the less-than-watchful but very woke eye of the city’s progressive district attorney, Chesa Boudin. On Tuesday, Patrick Thompson brutally stabbed two elderly Asian women (one age 84, the other age 64) who were waiting at a bus stop in the Tenderloin neighborhood of San Francisco. Thompson had previously been the beneficiary of one of progressives’ favorite criminal justice reforms: a mental health diversionary program. Thompson “successfully” completed the program for an earlier assault with a deadly weapon conviction. So rather than serving his 25-year sentence, he was back out on the streets.

Boudin earned the justified ire of the city’s Asian American population earlier this year when he described the brutal murder of 84-year-old Vicha Ratanapkadee as the result of a “temper tantrum” by his killer, Antoine Watson.

There have been numerous, brutal attacks on Asians in Boudin’s city, including that of an Asian father who was attacked from behind and repeatedly punched while pushing his one-year-old child in a stroller. The attacker had previously been arrested for robbery near the same location. Conditions in San Francisco, particularly with regard to crime, have deteriorated to the point where citizens have formed an organization to try to recall Boudin.

The bias at work in many of America’s cities isn’t only the spate of attacks against Asian-Americans (a bias the mainstream media is eager to overlook since it implicates the black Americans disproportionately committing these crimes, as opposed to the media’s preferred narrative that hate crimes are fueled entirely by “white supremacy”). It is a bias in favor of protecting the rights of violent criminals over the safety of the law-abiding people in the community. Even if perpetrators are suffering from mental illness (and many clearly are) they pose a serious risk to others and should not be free to roam the streets.

It’s not as if the problem of black-on-Asian violence in cities like San Francisco hasn’t been well-known for some time. A decade ago San Francisco media documented the “squeamishness” of public officials who were reluctant to acknowledge the problem.

Boudin displays a similar lack of courage, for which he regularly receives flattering coverage from mainstream media: A recent 60 Minutes segment portrayed the district attorney as uniquely “touched by incarceration” because his parents are radical domestic terrorists (60 Minutes politely calls them “far-left activists”) whose actions led to the deaths of 3 people, including a black police officer. The show gave Boudin plenty of airtime to discuss his efforts to release prisoners early and drop charges against repeat offenders, with little serious pushback from host Wesley Lowery about the consequences of such leniency.

For decarceration advocates like Boudin, social justice trumps public safety. As Boudin told the San Francisco Examiner of serial burglars in the city, they simply need more social services, not more jail time. The criminal justice system needs a “richer, more complex array of options to intervene in some of those difficult cases,” Boudin said. As for the repeat offenders who end up killing innocent people, Boudin has doggedly continued to insist that decarceration and “restorative justice” are the answer.

The people who live in cities with progressive prosecutors are no longer convinced, and the push for progressive criminal justice schemes will soon face a new test at the ballot box. In Philadelphia, for example, progressive D.A. Larry Krasner faces a tough primary challenger in the D.A.’s race —along with demands from citizens for a plan to halt the spike in gun violence and murder in the city.

Krasner is eager to blame everyone and everything but his own lenient policies for the increase in violence. As The Atlantic noted in a recent profile of Krasner, “The fault, he said, lies with the pandemic and its shutdown of schools, summer camps, job opportunities, and even municipal courts.” Krasner told the reporter, “It was the elimination of the basic fabric in our society that has been protective of young people and older juveniles—exactly the groups that are shooting each other.”

Like many progressive prosecutors, Krasner measures his success not by how many lives he protected but by how many people he releases from jail. He boasted to the Atlantic that “the city’s jail population had dropped by more than 30 percent, to its lowest level since 1985, and his office had cut even further the years of parole and probation that ex-offenders spent under city supervision.” The result? Philadelphia has seen the largest spike in homicides in thirty years and is on pace to have a record number of murders by the end of this year. Yet Krasner continues to argue for an end to cash bail and the prosecution of a broad array of criminal offenses.

Like Boudin, Krasner has never met a criminal he believes wouldn’t benefit from more “social services” rather than accountability. Indeed, he doesn’t even like to use the word “crime” to describe the violent, anti-social, and, most importantly, illegal behavior occurring in the city every day. He told the Atlantic that “significant reductions in ‘victimization’—word he prefers over crime—will occur only once that money is reinvested in social services that can aid in prevention, which is outside the district attorney’s purview.”

Perhaps voters should remind progressive prosecutors like Boudin and Krasner that fighting crime is their “purview.” Americans are increasingly concerned by the recent rise in violent crime. Given how many prosecutors have decided their job is to be good progressives rather than to ensure public safety by holding criminals accountable for their behavior, they are right to be. 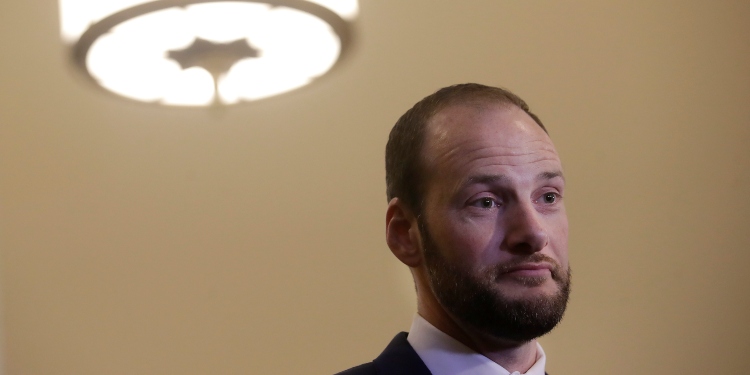