March 8 is International Women’s Day (a “holiday” originally brought to you by socialists in the early twentieth century) and it often prompts politicians to say and do silly, symbolic things. Alas, President Joe Biden is no different. Unfortunately, his supposed efforts to help women will end up harming everyone who cares about due process and the presumption of innocence.

Biden has already received criticisms for the high number of Executive Orders (EO) he has issued since assuming the presidency but seems not to have heeded any of them. On Women’s Day yesterday, he announced yet another when he ordered his newly-installed Secretary of Education, Miguel Cardona, “to conduct an expansive review of all policies on sex and gender discrimination and violence in schools, effectively beginning his promised effort to dismantle Trump-era rules on sexual misconduct that afforded greater protections to students accused of assault,” according to the New York Times.

The EO’s real purpose is to replace existing Title IX rules, developed by former Secretary of Education Betsy DeVos, with the administration’s own guidelines. Those will likely be similar in spirit to the Obama Administration’s “guidance” on Title IX, which was far less concerned with due process than the current rules. The Times notes that “critics in and out of academia” thought the Obama-era guidance “offered scant protections or due process for students and faculty accused of sexual harassment, assault, or other misconduct.”

Indeed, they did—including many prominent liberal legal scholars, most notably, Harvard Law’s Jeannie Suk Gersen, whose work on the subject has been consistently thoughtful and powerful. As well, many students have successfully sued their universities for egregious breaches of their civil rights. And, as the Times notes, many state and federal lawsuits were also filed as a result of the Obama-era guidance.

Nevertheless, the Times does its best to frame the new EO as if Biden has no agenda other than finding some acceptable middle ground between the Obama guidance and the Trump rules. The Times states, for example, that “many saw [the DeVos rules] as swinging too far the other way, offering the accused too much power through guaranteed courtlike tribunals and cross-examination of accusers.”

Well, yes; they did. What’s more, the accused could point to the Sixth Amendment protections the Constitution grants as proof that they are not “offering the accused too much power” but merely restoring the rights the Obama-era guidelines stripped from them.

Biden is far from a moderating force on this issue. He campaigned on revoking the DeVos rules because he was himself one of the major champions of the Obama-era guidance. His stance is not without some hypocrisy; as many commentators have noted, if the Obama-era guidance that was enforced on campuses was applied to Biden’s behavior as a senator, Tara Reade’s allegations that he sexually harassed her would have cost him his job. When DeVos announced the Title IX rules change (after a year of review and hundreds of thousands of public comments) Biden claimed they would “return us to the days when schools swept rape and assault under the rug, and survivors were shamed into silence.”

When reporters asked administration officials if the EO would mark a return to the Obama era rules, “a White House official said on Monday that the executive order ‘speaks for itself.’” Liberal activist groups and the media were, however, far less circumspect about what the EO was saying. As Mother Jones enthused in a headline, “Biden takes the first step toward undoing Betsy DeVos’ Title IX rules.”

A similar celebratory tone was taken by activists who have been demanding this for years (and who had called DeVos’ rules “anti-survivor”). Activist group KnowYourIX’s response was typical: “Today, @POTUS is signing an executive order calling on @SecCardona to review DeVos’ anti-survivor Title IX rule … For the last four years, student survivors have watched as the federal government did everything in their power to roll back our right to an education free from violence … Today is the first step to undoing the harm of the [sic] Betsy DeVos’ attacks on student survivors.” The National Women’s Law Center was blunter, tweeting, “This is an important win towards undoing the harm that Betsy DeVos has done to student survivors.”

Even some Democratic politicians couldn’t resist taking an early victory lap, assuming that Biden will eventually overturn the DeVos rules: “Betsy DeVos’s Title IX rule was an attempt to silence survivors of sexual harassment and assault. I’m glad @POTUS is taking these steps to reverse this harmful rule & work to ensure all students are protected against sexual harassment and violence,” Senator Patty Murray tweeted.

It is no doubt frustrating to activists in the Democratic coalition that, because DeVos followed the formal regulatory process for her rule-making, undoing those rules requires the Biden administration to do the same to unmake them. And the rules are well-written; as the Times notes, “The Trump administration’s rules have been in effect since August, and lawsuits that sought to overturn them—including one to delay them as colleges grappled with the coronavirus pandemic—have failed.”

The Biden administration is also trying to get out ahead of one of the other unforeseen outcomes of the Obama-era enforcement of Title IX: its disproportionate impact on black male students. The new Biden EO includes language requiring the Secretary of Education “to account for intersecting forms of prohibited discrimination that can affect the availability of resources and support for students who have experienced sex discrimination, including discrimination on the basis of race, disability, and national origin.”

It’s not clear if the requirement to “account for intersecting forms of prohibited discrimination” will apply to students who are accused and not just to the purported victims, but if it does, are schools prepared to ignore cases where the accused is a member of a protected racial class? What if both the accuser and the accused are racial minorities? How will due process rights be impacted by this attention to “intersecting forms” of discrimination? These are the kinds of questions the public should ask when the Biden administration publishes its new proposed rules.

If Biden succeeds in rescinding the DeVos rules and restoring the Obama-era interpretation of Title IX on campuses, the effects will be significant for every student, not just those fortunate enough to attend elite institutions. Because despite the rhetoric and behavior of the Biden administration with regard to Title IX, support for due process, whether in the courtroom or on campus, shouldn’t be a partisan issue. 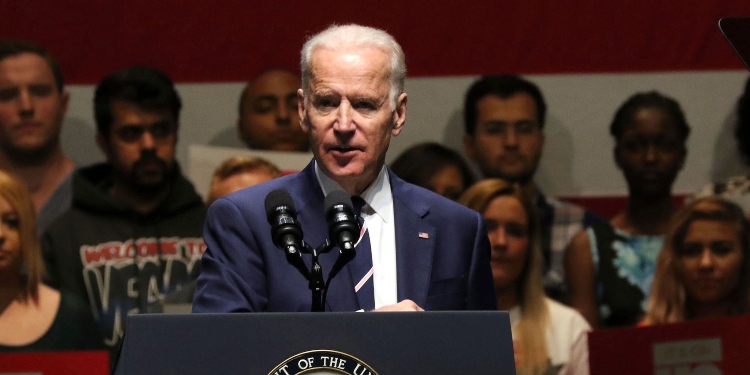