Once Joe Biden became president, we were told, the nation would finally be ruled by the “party of science” and turn the corner on fighting the coronavirus pandemic.

Alas, the nation’s teachers’ unions did not get the memo.

Despite mounting scientific evidence that students can safely return to classrooms, teachers in some of the country’s largest school districts still refuse to let them do so.

Currently, fewer than one-quarter of the nation’s school kids are attending school in person on a full-time schedule. Public school students in Washington, D.C., Chicago, Los Angeles, and other large cities have not been in a classroom since last March. This, despite the evidence that such closures are harmful to children, and not just educationally. The isolation and stress of virtual schooling is taking a toll on children’s mental health as well.

A recent, peer-reviewed study of more than 100,000 children and school staff called transmission of COVID-19 in schoolchildren “extremely rare.” The study concluded that “schools can stay open safely in communities with widespread community transmission,” making a return to in-person education a finding that even the sainted Dr. Anthony Fauci has said should be the “default position” for the country.

And yet, while some schools have reopened, many school districts attempting to finally return to in-person learning in February are doing so in piecemeal fashion. Even for schools that have “reopened,” only a small percentage of students are allowed to return to a classroom—and then, for one or two days per week and only a few hours on those days. And still, unionized teachers threatening walkouts.

The unions claim schools should remain entirely virtual in the name of safety and frequently claim that returning to the classroom is putting their lives at risk. “We can always recapture loss of learning. But what we know we can’t recapture is the loss of lives,” Washington Teachers’ Union president Elizabeth Davis told Politico. Randi Weingarten, president of the American Federation of Teachers, the largest union in the nation, “We have a lot of fear right now because there’s been a lack of honesty about what is and isn’t happening in terms of Covid.”  Last summer, when teachers in D.C. were told they might have to return in in-person teaching, they piled dozens of “body bags” with signs like “R.I.P. Favorite teacher” outside the city’s school administration offices as a protest stunt.

In Chicago, the teachers’ union defended its members’ right to refuse to show up, even for virtual teaching, by claiming, “the push to reopen schools is rooted in sexism, racism, and misogyny.” Compare this attitude to private school teachers in the same city. As John O. McGinnis writes in City Journal, “Mostly non-unionized, they have largely shown up for work, and most private schools have stayed open for in-person teaching.”

In his inaugural address, Biden declared, “We can teach our children in safe schools.”  But unions are embracing “safety” rhetoric as a way to avoid returning to classrooms, all the while using the pandemic as an opportunity to increase their bargaining power. Meanwhile, children and families suffer the consequences.

In the fall of 2019 in Washington, D.C., for example, the teachers’ union repeatedly staged walk-outs and “sick-ins” to disrupt online schooling just days before a small number of the city’s most vulnerable elementary school students were set to return to classrooms. In January, unions throughout the D.C. metro area staged another “day of resistance”—resistance to showing up to do their job, that is. Why? As the Washington Post reported, “the Washington Teachers’ Union wants all members, regardless of their health or living situation, to be able to opt-out of in-person teaching.”

In Fairfax County, Virginia, last week, the president of the teachers’ union stated that teachers shouldn’t be required to return to classrooms until all students are vaccinated (which experts suggest wouldn’t be possible for another year or two given that current vaccines have not even been devised for children). This comes after the union demanded that teachers be sent to the front of the line for vaccination because they consider themselves “essential” workers.

Despite his optimistic statements about getting kids back to school, Biden’s reliance on union support suggests he will be cautious rather than bold about enforcing any plans. Biden’s nominee for Education Secretary, Miguel Cardona, is union-friendly and often calls teachers “heroes” in media appearances. During a recent meeting with the nation’s teachers’ unions, he “discussed the need to address the shared trauma educators and the entire school community are facing.” Frankly, this does not sound like the tough talk unions deserve.

Joe Biden should take a page from Ronald Reagan: In 1981, when the nation’s 13,000 air traffic controllers went on strike after Reagan issued an executive order (backed up by a federal judge) demanding that they do their jobs, he fired the 11,359 who refused to return and issued a lifetime ban on their ability to work in the field again. Air traffic came to a standstill for a short time, but by calling the union’s bluff, Reagan diminished their power and hired a new generation of controllers to replace them. Biden should encourage school districts to do the same.

Some already are. Chicago officials threatened to withhold pay from teachers who refused to show up to work in their classrooms. In the process, the city exposed the utter corruption of many of its teachers, who complained that it was “cruel and illegal” for them not to get paid even after they refused to return to work.

If the Biden administration won’t deal firmly with the unions, parents need to organize and start lobbying their school boards (and, if necessary, recall public officials who put the demands of teachers’ unions ahead of the wellbeing of children.) Those who can afford to are already voting with their feet by withdrawing their children from the public school system. An increasing number of state legislators are considering proposals for school reform that would allow states to fund students (and allow more options for school choice) rather than continuing to throw taxpayers’ money at underperforming schools and their unionized teachers. Lawmakers in Virginia are considering legislation requiring public schools to teach in-person to receive funding.

In the long term, the teachers’ unions’ insistence that their members should have the option to do their job remotely could lay the groundwork for their obsolescence. If teachers can’t be made to teach in person in a classroom and virtual learning is just fine, as they now argue, why shouldn’t school districts save resources? Fire the current teaching workforce and replace them with online curricula and fewer, lower-paid, less-skilled proctors to monitor the students’ screen-based learning. This would be a subpar educational experience, of course. It’s surely one in which wealthier parents would not participate. But public officials looking at the reduced salary and pension costs (and no doubt enamored of the latest ridiculously inflated claims made by Silicon Valley’s educational technologists) might even conclude that the benefits are worth the risk.

In the near term, it remains to be seen how we will be able to fairly assess and respond to the educational and social-emotional losses experienced by the country’s school kids during this pandemic. But one assessment is already in: Teachers’ unions, and the elected officials and teachers who support them, have utterly failed our nation’s children. 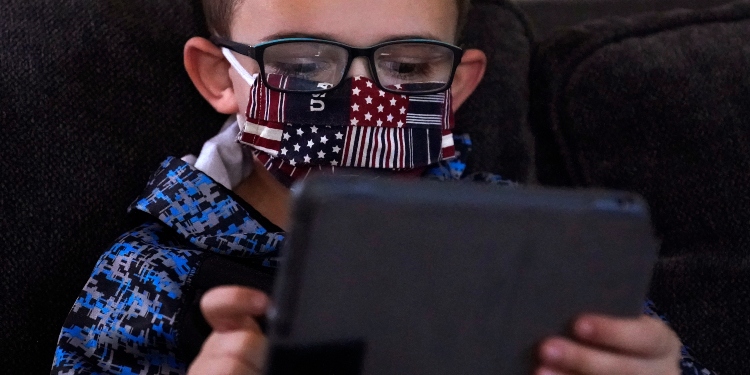