Motherhood has long sparked debate within the feminist movement, but a recent kerfuffle over a Mother’s Day essay by New York Times opinion writer Elizabeth Bruenig suggests that debate has lapsed into deep confusion now that intersectional “woke” politics is the dominant strain of leftwing thought.

In her essay, Bruenig explored her feelings about becoming a mother within the context of arguments for more government support for families. Although I disagree with her calls for expansive federal intervention in the family and question her grasp of economics (I’m sorry, Elizabeth, but it wasn’t “Mayor Muriel Bowser’s dime” you were spending when you made use of free, universal pre-K in the District of Columbia; it was the taxpayer’s), the essay is an honest and lovely reflection on her experience of motherhood.

Bruenig notes that she became a mother when she was 25. That may be unusual among her educated and elite cohort, but it’s normal for the rest of the country: the average American woman has her first child at 26. She also writes encouragingly to younger women who have not yet become mothers and who might be worried about how the experience will change their lives. “It isn’t a chore but a pleasure,” Bruenig wrote, “not the end of freedom as you know it but the beginning of a kind of liberty you can’t imagine.”

For this, Bruenig experienced the wrath of left-wing Twitter. Kathryn Brightbill claimed, “She’s a Trad Wife masquerading as a progressive because she likes socialism.” Another feminist wrote, “Surely people must realize Elizabeth Bruenig is not being criticized for being a mother at age 25–surely people realize it’s the subtext that we should start encouraging young motherhood & discouraging abortion that bothers many of us.”

Journalist Aura Bogado had one of the odder takes: “I’m troubled by . . . Elizabeth Bruenig’s white extinction anxiety, which [in my opinion] informs their shared fixations on immigrant/Latina/Mexican motherhood. I wish publications hired Latina critics and opinion writers. For now, everything is about us… yet without us”.

Salon writer Amanda Marcotte spent more time and energy than most tweeting through her feelings about the piece: “Just more confirmation that the audience for this crap is dudes so shitty they worry they won’t get a wife until they trap someone who’s too young to know better.”  Later, Marcotte compared Bruenig to Phyllis Schlafly before turning the discussion back to her favorite topic, herself: “Every time I see Bruenig try to package her Schlafly-esque sexism as ‘leftism,’ I remember clearly one day when I was talking to some other kids in class about kids when I was 15, and I said I was never having kids. The teacher scoffed and said, ‘You’ll change your mind.’”

Writer Jude Ellison S. Doyle also seems to have taken Bruenig’s piece personally and attacked her in an equally personal (and unhinged) fashion: “The greatest trick the Devil ever pulled was convincing this woman it was a tremendous personal achievement to be repeatedly knocked up by an Internet troll she met in high school,” she tweeted, adding, “That’s right, I’m an affluent, white, married, straight Christian, AND a mother… TRIGGERED YET LIBS??? was always going to have shortcomings as a grift, but Christ, you could have chosen a less obviously off-putting dude to build the brand around.”

These Mean Girl tweets are reflective of more than merely personal animus toward Bruenig; they reveal the tenets of a radical view of women and motherhood that few people share, but to which the progressive left increasingly demands adherence.

For example, Doyle argued in an essay on Medium that we should all follow the lead of Rep. Cori Bush, who recently used the term “birthing person” to describe mothers during testimony before Congress about women’s health (she also used the term mothers). Doyle claims that “gender-neutral language about pregnancy and birth–or the idea that pregnancy and childbirth might, themselves, be gender-neutral–are profoundly upsetting to some people, in part because they undermine a worldview in which ‘womanhood’ or womanly virtue is solely defined by mothering. In patriarchy, being a good woman is being a good mother, and vice versa. ‘Birthing people’ disrupts that picture.”  Other organizations, such as NARAL, also praised Bush for using “inclusive” language.

But it’s worth noting that the thing Doyle wants disrupted isn’t merely insensitive language; it’s the nuclear family: “The ‘traditional’ nuclear family doesn’t work, and never did, and the more we all try to think outside of that structure, the happier our lives and families will be” she writes (decades of social science research would disagree, but no matter). “Start with something simple, like saying ‘birthing people,’ and see what that changes for you,” Doyle continued. “Before long, you might see what else you need to change.”

Doyle’s unquestioned assumption is that things must change and that all radical revolutions will yield improvements. Thus, those who enjoy being mothers or part of nuclear families, as Bruenig clearly does, can’t merely be left alone to live their lives (or write about the pleasure they take in them). They must be undermined and destroyed in service to the larger goal of changing society to suit the radical goals of an extremely small minority.

Bruenig’s self-identification as a socialist and progressive is a bit confounding to that narrative. She doesn’t fit neatly into her critics’ Identitarian box. If you’re a woman and a socialist, you can’t also be a Christian who married young and loves her kids. Which is why Bruenig’s critics usually fall back on personal attacks. Doyle complained that Bruenig’s online supporters are “all overtly transphobic or weirdly misogynistic because… she’s a conservative. Her audience is conservative. Bigotry is the point of her, and that stopped being a secret a long way back.”

Bruenig is by no means conservative. Nothing she wrote attacked or undermined trans parents. There isn’t a hint of animus toward parents of any race or background different from Bruenig’s in her essay. In the end, what seems to have triggered her critics the most is that Bruenig is clearly happy with her life. Judging by their responses, few of them can say the same. 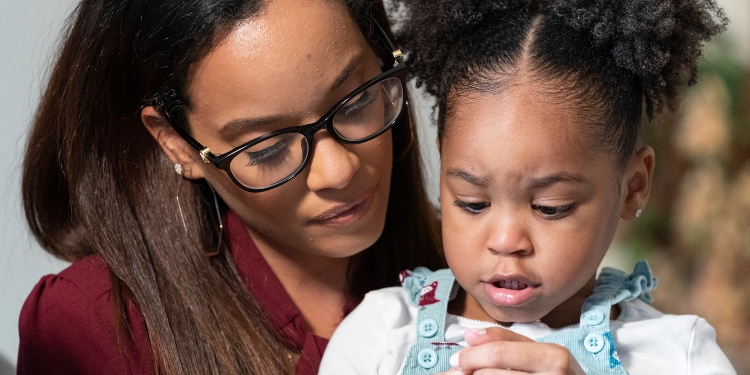