In the past week or so, journalists have begun writing about a trend that conservatives have fretted about since Joe Biden was sworn in as president: The Democratic Party’s effort to enact, through legislation and executive fiat, a far more liberal agenda than the one Biden ran on as a presidential candidate.

In National Journal this week, veteran political observer Charlie Cook, not a journalist prone to hyperbole, noted: “Considering the circumstances, the expansion of government’s cost, reach, scale, and ambition that Democrats are now backing is little short of breathtaking.” He added, “From what we have seen so far, the direction of the Capital Beltway chapter of the Democratic Party looks more like what might have been expected from a Bernie Sanders or Elizabeth Warren presidency.”

Matt Lewis of the Daily Beast agreed. “For all the talk of being moderate, Joe Biden and the Democratic Party have spent considerable time trashing American norms by bending (or sometimes breaking) the rules.” He observed the Democrats’ contempt for the U.S. Supreme Court’s ruling that the Centers for Disease Control (CDC) does not have the power to impose a rent moratorium on landlords, and the hubris exhibited by House Speaker Nancy Pelosi, “who lacked the votes to pass a law but demanded the White House ‘get better lawyers’ and do their work for them,” which Biden promptly did. Never mind that most Americans don’t believe people have a “right” to live rent-free on someone else’s property.

Lewis asks, “Does anyone really think that Joe Biden was elected to unilaterally advance a progressive agenda, rather than to restore normalcy to our system of government and our daily lives?”

For months, moderate Democrats behind the scenes have expressed concern about the rhetoric and policy proposals touted by the party’s progressive wing. In the immediate aftermath of the 2020 election, moderates focused on the unpopularity of Democratic rhetoric around defunding the police, for example. That unpopular proposal has returned with a vengeance thanks to the grandstanding of progressive House “squad” members like Rep. Cori Bush, who can afford to pay for private security for herself but wants to take police protection away from everyone else.

Similarly, progressive Democrats are ratcheting up the rhetoric of conflict to gain support for sweeping expansions of federal power. Complicated issues such as racism are now declared “public health emergencies,” accompanied by demands for greater spending on their list of preferred policies, at both the national and local levels. Declaring racism a public health crisis “allows for the creation of workforce training programs in public health, medicine, nursing and other fields,” one supporter of such measures argued. “It also may require all health-related professional training programs to include structural racism identification and implied bias and anti-racism strategies within the curriculum.”

It’s also a useful stalking horse for a vast expansion of federal power: In 2020, Rep. Ayanna Pressley introduced the Anti-Racism in Public Health Act. Co-sponsored by Rep. Barbara Lee and Sen. Elizabeth Warren, it would create a National Center for Anti-Racism within the CDC that would allow the public health agency to go far beyond its scope, including “focusing on preventing violence by law enforcement” and “eliminating structural racism and police violence.”

The bill states as facts highly questionable claims to justify this new intervention. For example, the bill claims, “Due to structural racism in the United States . . . [One] in every 1,000 Black men will die as a result of police violence.” This is not true; the 1 in 1,000 number was an estimate based on a single, ideologically motivated study that examined police-citizen interactions by race and sex between 2013 and 2018. The study itself is analytically useless since it did not control for the fact that black men also commit a disproportionately higher number of violent crimes (more than half of all homicides in the U.S. are committed by African-Americans, who make up only 13 percent of the population). But as the authors readily admit, their goal is ideological, not analytical: “This study reinforces calls to treat police violence as a public health issue. Racially unequal exposure to the risk of state violence has profound consequences for public health, democracy, and racial stratification.”

Pressley’s bill reads as if it was dictated by antiracism entrepreneur Ibram X. Kendi: “The term ‘antiracism’ is a collection of antiracist policies that lead to racial equity, and are substantiated by antiracist ideas,” the bill notes, and it defines “antiracist” as “any measure that produces or sustains racial equity between racial groups.” It’s likely to prove a profitable grift for antiracism advocates, as it promises to “award noncompetitive grants and cooperative agreements to eligible public and non-profit private entities” to promote antiracism.

The proposed legislation even makes the outrageous claim that antiracism is itself a science: The proposed Antiracism Public Health Center, according to the bill, will promote public health by “aiming to develop new knowledge in the science and practice of antiracism.”

The bill also eliminates any discussion of personal responsibility by claiming that every disparate health outcome among different races is the result of “structural racism”—and that any claim otherwise is racist. As Mary T. Bassett, a physician and the director of the FXB Center for Health and Human Rights at Harvard University, told the Washington Post in support of the bill, “The usual go-to explanation is that it’s behavioral—that there’s something deficient in the culture or social mores or peer group behavior.” Bassett “called such beliefs outmoded and racist.”

Similarly, Pressley and other progressive Democrats are using apocalyptic rhetoric to demand the federal government pay off Americans’ student loan debt. Because much of the progressive agenda remains unpopular with the average American, including with many Democratic voters, progressives instead talk as if everything they want to enact is a life-or-death measure which, absent the federal government’s intervention, would end in violence.

Warren, Pressley, and other progressives aren’t satisfied with the temporary suspension of repayment of student loan debt (repayments were just paused again, through January 2022); they want debt cancellation. But they make few attempts to persuade. Instead, Pressley announced that failure to forgive student loans is “policy violence,” rather than what it really is: Proof of a crisis of financial mismanagement by far too many Americans, as well as a signal that higher education has become far too expensive (thanks in large part to a bloated compliance and oversight bureaucracy in colleges and universities) with far too little return on investment for many students.

It’s not “policy violence” when individuals choose to take on massive amounts of debt for college and then major in a field that pays a modest annual salary. And it’s not the job of hardworking American taxpayers to absorb the consequences of those choices.

Instead of teaching K-12 schoolchildren that 1619 is the country’s real founding and that “structural racism” is the cause of every ill, we should be teaching them more practical skills such as how to craft a budget and stick to it, the realities of what kinds of jobs pay higher and lower salaries, and, at its most basic, the recipe for likely success in life: Finish school, stay out of prison, and get married before you have children.

There might be some immediate accountability for progressive overreach in the form of midterm elections in 2022. But the long-term impact of policies that spend massive amounts of money on programs that the majority of Americans neither need nor want will only emerge decades later, as it did with so many failed Great Society initiatives.

As the Democrats unveil their budget reconciliation bill this week, stuffed with even more expensive progressive agenda items and tax increases, there are few signs of modesty or pragmatism on Capitol Hill. Instead, Senate Majority Leader Charles Schumer took to the Senate floor to declare, “It is big, bold change—the kind of change America thirsts for.”

If America was “thirsting” for this kind of progressive change, they wouldn’t have elected Joe Biden. Perhaps it will take a midterm election drubbing for Democrats to learn that lesson. In the meantime, Americans should keep a close eye on the rhetoric and policies of a party that claimed to want to “build back better” and return to normal—but has governed like norm-trampling progressive radicals at every opportunity. 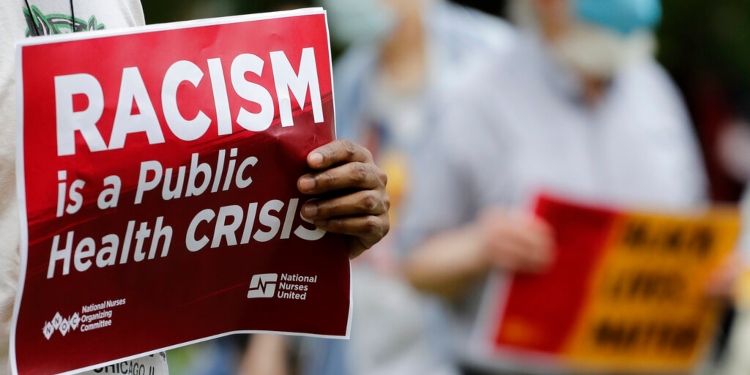