In his Inaugural address, President Joe Biden promised to enact “an ambitious whole-of-government equity agenda.” That initiative included an Executive Order that deliberately elided the distinctions between equality of opportunity (a goal most Americans support) and equity (which focuses on equality of outcomes and is far more controversial).

More than one year later, this equity agenda has grown like kudzu throughout the federal government, raising questions about its necessity as a matter of practical governance as well as future Americans’ ability to undo ideologically motivated bureaucratic policies.

Consider the U.S. State Department. In April last year, Secretary of State Antony Blinken announced the creation of a new position: Chief Diversity and Inclusion Officer. In announcing the appointment of Ambassador Gina Abercrombie-Winstanley to the role, Blinken said, “As President Biden has made clear, prioritizing diversity, equity, inclusion, and accessibility is also a national security imperative.” He added: “Promoting diversity and inclusion is the job of every single member of this department. It’s mission-critical. It demands that each and every one of us reflects on our actions and asks: What more could I have done in the past to make this place more inclusive and respectful toward people who are different from me? What more can I do now?”

Blinken lamented his own department’s historical failure to do just that. “There’s a hallway in Mahogany Row on the seventh floor that leads to my office,” he mused. “It’s lined with portraits of former secretaries dating back to Thomas Jefferson. It’s hard not to notice that almost every one of the secretaries along that hallway is a white man.”

Blinken, a white man himself, could have embraced DEI principles by refusing the job of Secretary of State and suggesting a more inclusive candidate to Biden. Instead, he wants State Department employees to follow the lead of the U.S. embassy in Seoul, which “made headlines by hanging a Black Lives Matter banner in the wake of George Floyd’s horrific killing,” and started “a book club to dig into issues like unconscious bias and white privilege.”

Blinken also wants to make sure that his employees’ professional success, including opportunities for promotions and the salary increases that come with them, are now tied to falling in line with Biden’s equity agenda.

In the Foreign Service, for example, promotion is now explicitly tied to demonstrating fealty to and promoting DEI principles. Writing in the Foreign Service Journal this month, Kim McClure, who works in the State Department’s DEIA (Diversity, Equity, Inclusion, and Accessibility) office, complained that existing DEI efforts were not being embraced enthusiastically enough by employees. Those efforts “had not yielded the desired effect,” she claims, in part because it was “considered work that is nice but tangential to our focus on foreign policy.”

She then puts employees on notice that “the only way to shift this paradigm and the value placed on this work was to create a dedicated core precept (the criteria by which State FS employees are evaluated for promotion) focused on advancing DEIA within the institution.”

In other words: Embrace the equity agenda or you won’t get promoted. The new regulations ensure that DEI work “is no longer peripheral, voluntary or relegated to those with the least influence in the institution, as this work will now be required for all and will be compensated—both with promotions and awards like Senior Performance Pay.”  As the announcement of the changes noted, “To succeed, everyone from entry-level officers to section and division chiefs and office directors, as well as those leading front offices, will need to engage. And the only way to ensure this is to tie forwarding the DEIA mission to promotions and performance for both the Civil Service and the Foreign Service.

McClure urged employees to do things like “join your post or bureau’s DEIA Council” and take a “Mitigating Unconscious Bias Course.” Sounding like a good reeducation warden, McClure added, “As employees strive to meet this precept, they will have to do the required introspection outlined in the Secretary’s words above, re-evaluating what role they play in ensuring everyone has an equal opportunity to advance through the department’s ranks and to contribute meaningfully to its work” (emphasis added).

As anyone who has endured one knows, the process of participating in DEI training and education sessions is itself a kind of punishment, and at the very least serves as a warning against expressing alternative views about DEI. Now anyone at the State Department who doesn’t enthusiastically comply will brand themselves unpromotable.

Compulsory commitment to DEI principles is not only becoming entrenched bureaucratic practice at the State Department. Many universities have been requiring DEI statements from potential new hires. An increasing number are now making such statements a requirement for tenure. At the University of Illinois, for example, hiring and tenure decisions are now contingent on candidates’ willingness to demonstrate a commitment to implementing DEI in everything they do.

Similarly, at the University of Virginia last year, the Dean of the College of Arts & Sciences issued new guidelines for evaluating candidates for promotion that would require DEI as part of the peer-review process. The faculty Annual Report asks “all faculty to share their contributions to DEI in the following categories: teaching, advising, publications and presentation, research and grants, service, consulting, honors and awards,” not merely to document them but “to transition from documenting DEI contributions to evaluating them in the peer review process.”

It’s not just professors up for tenure, either. A former librarian at UVA described the kinds of statements she was made to acknowledge as true during mandatory DEI training:

I understand how white privilege, and white cultural values and norms, are infused into formal expectations and workplace culture as well as informal, unwritten rules for success.

I recognize the full breadth of unearned white privileges that white people receive in society and in organizations.

I continuously use a Race lens to self-reflect and examine my behaviors, thoughts, feelings, biases, and attitudes as well as my impact on others.

As evidenced above, “Diversity” is invoked as a vague but generally agreed-upon good with little in the way of clarity about what, precisely, is meant by the term. In practice, however, “diversity” has meant race and sex and sexual preference, not class, educational, or viewpoint diversity. As former Yale Law School dean Anthony Kronman has noted, “Diversity in this sense is not an academic value. Its origin and aspiration are political. The demand for ever-greater diversity in higher education is a political campaign masquerading as an educational ideal.”

Even if faculty would rather not engage in such DEI litmus testing but merely play along to avoid the risk of being denied tenure, by acquiescing they are tacitly endorsing the idea that ideological extortion is a legitimate part of the hiring and advancement process.

That makes it harder to combat, both on campus and throughout the federal government. Which is precisely the point. If this was merely about raising awareness of the need for “diversity,” it would not be made compulsory. As one UVA alum who served on UVA’s Committee on Free Expression and Free Inquiry, asked of his alma mater, “Where is the free speech leadership and accountability? There is none because the current administration believes that supporting a social justice agenda is part of being a ‘good’ university. No one who is ‘good’ could possibly oppose it. Do they not recognize the self-righteous moral certainty of it all?”

Turning the federal government and institutions of higher learning into places where political advocacy masquerades as tolerance is not a goal most Americans share. By making such litmus tests an entrenched part of the academic and federal bureaucracy, and expressly linking adherence to it to one’s ability to be hired or achieve tenure, it is arguably a form of compelled speech and, therefore, could be unconstitutional.

In Wieman v. Updegraff, the 1950s- era U.S. Supreme Court case that declared anti-communist loyalty oath legislation in Oklahoma a violation of the due process clause of the Fourteenth Amendment, Justice Hugo Black observed, “Test oaths are notorious tools of tyranny. When used to shackle the mind they are, or at least they should be, unspeakably odious to a free people.” It appears we need to re-learn that lesson today. 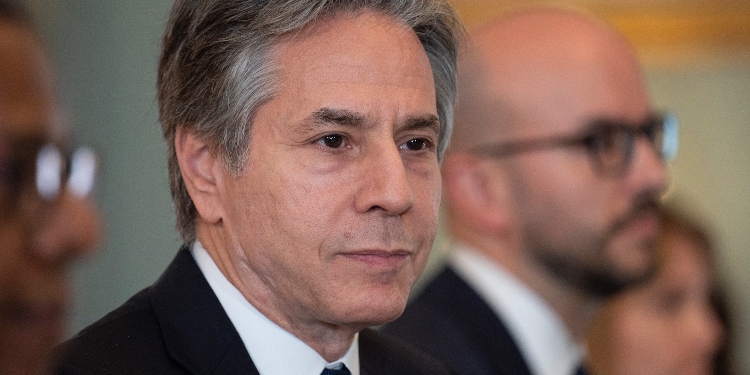