Among the many challenges plaguing Big Tech companies these days—I’m talking about the likelihood of tougher government regulation, consumer concerns about privacy violations and data breaches, evidence that Big Tech companies allowed foreign powers to meddle in elections and spread fake news—internal employee politics at companies like Google might seem like a sideshow.

But companies outside Silicon Valley would do well to take note of a trend that Google has been dealing with recently: the rise of the woke workforce.

Last week, Google made what should have been an anodyne announcement about its creation of an advisory council (the Advanced Technology External Advisory Council) to review Google’s artificial intelligence (AI) work. The council “will consider some of Google’s most complex challenges that arise under our AI Principles, like facial recognition and fairness in machine learning, providing diverse perspectives to inform our work,” the announcement said.

Like many advisory groups, Big Tech companies like to convene to demonstrate that they care about ethical concerns, Google’s purpose in creating the council is generating good PR, not tough-minded philosophical debate. It’s an attempt to assuage critics who think Google cares more about its profit margin than its ethics when it comes to the development of AI technologies.

But the council’s creation comes at a time when Google (and other Big Tech companies) face increasing criticism for being hostile to conservative views—including lawsuits from former employees like James Damore, who claims Google fired him for expressing unpopular views about workplace diversity on an internal employee message board.

To that end, the Google executive tasked with selecting the committee decided to kill two PR problems with one stone and include a known conservative on the panel—Heritage Foundation president Kay Coles James.

Google employees were not amused. As The Verge reported, “On internal message boards, employees described James as ‘intolerant’ and the Heritage Foundation as ‘amazingly wrong’ in their policies on topics like climate change, immigration, and, particularly, on issues of LGBTQ equality. A person with James’ views, the employees said, ‘doesn’t deserve a Google-legitimized platform, and certainly doesn’t belong in any conversation about how Google tech should be applied to the world.’” Others called James’s inclusion on the panel “horribly negligent” if not “outright malicious.”

On Monday, employees circulated a petition calling for James’s removal from the advisory board, singling out her views on trans people. “Google cannot claim to support trans people and its trans employees — a population that faces real and material threats — and simultaneously appoint someone committed to trans erasure to a key AI advisory position,” the petition noted. They are incensed over tweets like this one, where James signals her opposition to Democratic-sponsored legislation like the Equality Act. One person invited to join the advisory council declined the invitation, ostensibly because of James.

Some tech journalists were more than happy to advance the woke workers’ narrative. Techcrunch claimed Google’s appointment of one conservative (to a council of eight people) “epitomizes big tech’s ongoing fear of looking out of step with the right” and argued that Big Tech companies “have often over-corrected to the right and continue to do so.” It’s doubtful Techcrunch would have complained about Silicon Valley’s “obsession with a misguided notion of ideological balance” had the new appointee been the president of the Center for American Progress, for example. The website Gizmodo simply called James a “ghoul.”

The woke Googlers argued that appeals to viewpoint diversity amount to “a weaponization of the language of diversity.” By appointing James, they argued, “Google elevates and endorses her views, implying that hers is a valid perspective worthy of inclusion in its decision making. This is unacceptable.”

But it’s only unacceptable if, like Google’s woke employees, you confuse political disagreements with the ability to make ethical judgments. James’s views about trans rights are far from invalid—in fact, they are shared by half of all Americans, according to Pew Research Center data. True, opinions about transgender bathroom access, transgender athletes, and the like are sharply divided along partisan political lines; but that’s because Americans are in the midst of deciding how best to answer many of these questions. Just as censoring debate about the challenges surrounding transgender rights would be wrong, refusing to include the views of someone who represents half of the country’s current thinking on transgender issues would also be wrong.

This isn’t the first time Google employees have attempted to warp political debates by invoking the “weaponization” of diversity. Activist-minded Google employees complained to Wired in January that in the wake of the Damore lawsuit, “some employees have ‘weaponized human resources’ by goading them into inflammatory statements, which are then captured and reported to HR for violating Google’s mores around civility or for offending white men.” One Google engineer said, “Now it’s like basically anything you say about yourself may end up getting leaked to score political points in a lawsuit.”

Which is, of course, what Google employees like James Damore complained they had to do with regard to expressing their opinions around the overwhelmingly woke workforce at Google. The difference is Damore lost his job for expressing his views. The woke employees usually get warnings. As Wired noted of Google senior engineer Alon Altman, a self-described “diversity advocate” at the company, he “got a verbal warning for writing on an internal board that certain employees should be fired.” “I meant only bigoted white men should be fired. They interpreted it as applying to all white men,” Altman said, as if this absolved him.

As for the uproar over Google violating its “principles” by associating with the views of someone like James, it’s hard to take seriously employees who are so selective in their outrage. There is plenty of hate for conservatives and for Pentagon projects, for example, but much less follow-through when it comes to working with repressive regimes like China (which for decades enforced state-mandated eugenics through its one-child policy and currently runs mass prison camps for its Uighur minority).

And it’s difficult to take seriously the views of woke workers at Google when they employ similar tactics to those used by “deplatforming” activists on college campuses—the small groups of radical students who engage in loud and disruptive protests in order to convince college administrators to disinvite speakers with whom the radicals disagree (not surprisingly, those speakers are overwhelmingly conservative). This isn’t tolerance; it’s censorship. And it’s unequally applied via a diversity hierarchy where the “wrong” views trump everything else about a person; the fact that Kay Coles James happens to be an African-American woman is canceled out by her conservative politics, for example.

Like campus deplatformers, woke workers are on permanent high alert for offenders. As Wired described the activities of one trans activist and Google employee, “Over the past few years, she learned to keep a close eye on conversations about diversity issues. It began subtly. Coworkers peppered mailing lists and company town halls with questions: What about meritocracy? Isn’t improving diversity lowering the bar? What about viewpoint diversity? Doesn’t this exclude white men?” The employee was quick to report such supposedly intolerant questioning to human resources.

Google’s motto has morphed considerably from its founding days. The sanctimonious “Don’t be evil” has given way to the more milquetoast “Do the right thing.” (If Google does wholeheartedly embrace China, it’s next motto should be, “Oh, what the hell.”) Thus far, Google executives have stood by their decision to appoint James. But the controversy is clear proof that many people in Silicon Valley believe conservatives should have to pass ideological litmus tests that aren’t applied to liberals.

It’s also evidence that the polarizing and often petty arguments once confined to internal company message boards at places like Google have spilled over into the broader corporate culture. If Silicon Valley is a glimpse into our collective future (and if an outspoken progressive defeats Donald Trump in 2020), then Google’s challenge—to reconcile its employees’ woke politics with the company’s profit margin—is one the rest of the business world will likely be contending with sooner rather than later. 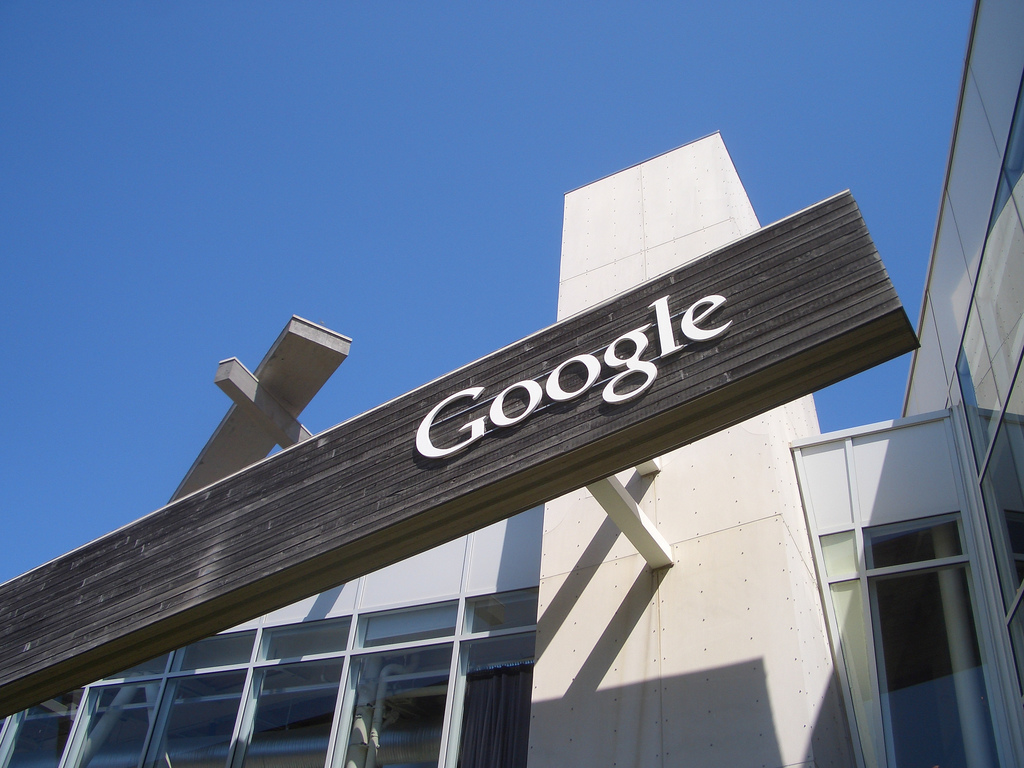