In a fifty-second animated feature that she tweeted out this weekend, vice-presidential candidate Sen. Kamala Harris offers a glimpse of how she views the concept of equality.

The video begins with Harris casually stating, “So, there’s a big difference between equality and equity,” above the piping sounds of synthesized music. “Equality suggests, ‘oh everyone should get the same amount.’ The problem with that, not everybody’s starting out from the same place.”

The animation makes no attempt at subtlety: It shows a tall white man at the base of a mountain, within reach of one of two yellow ropes, while below him, a man with darker skin reaches unsuccessfully for a rope that is far out of reach.

Harris continues, “if we’re all getting the same amount but you started out back there and I started out over here, we could get the same amount but you’re still going to be that far back behind me.” Cut to an image taken from the perspective of the white man climbing the mountain, his darker-skinned counterpart a tiny and forlorn figure still stuck at the base of the mountain.

But then, the ground on which the darker-skinned man is standing begins to flower and rise to the level of the white man as Harris intones, “It’s about giving people the resources and the support they need so that everyone can be on equal footing and then compete on equal footing.” Harris then undermines that sentence with her final statement, which acknowledges that even if there is competition, the game is essentially rigged: “Equitable treatment means we all end up at the same place,” she states, as the video fades to the Biden-Harris campaign logo.

If this were merely a mandatory HR diversity training video, then parsing its deeper meaning would be a fool’s errand. But when a Vice Presidential candidate tweets it out on the eve of Election Day, and it receives more than three million views, it’s worth asking what the video is signaling, and what it reveals about the Democratic Party’s worldview.

Like all good propaganda, the video’s imagery is intended to seem nonthreatening, even as Harris’ narration promotes certain highly questionable assumptions. For example, Harris takes as a given that there is a “problem” with the idea of equality, although the only evidence given is that it does not lead to perfectly equal outcomes.

Enter “equity,” which is an explicit rejection of equality of opportunity. Equity requires that people be treated differently, and benefits and rewards bestowed unequally–based on who “needs” more–to achieve an equality of outcome. Equity can mean that businesses and local governments should be required to accommodate the needs of the disabled by building ramps and wheelchair-accessible doors, for example. Few Americans have a problem with that.

But the principle does not scale up as simply as Harris suggests. You can give two people the same opportunity, and they will do very different things with it. As well, some people are simply born with more talent, intelligence, and skills in some areas than others. Alas, Mother Nature is not an equity theorist, so the genetic lottery does not dole out its wins and losses equitably. Nor, for that matter, do the other accidents of birth favor equality. No one is guaranteed to be born into a devoted two-parent household, a stable country, or a particular social class. As earlier (and more resilient) generations of Americans used to understand, life isn’t always fair.

But that doesn’t mean, as Harris’ video suggests, that anyone who starts out disadvantaged can’t improve their situation—even in the absence of the state’s intervention. Indeed, to suggest as much, as the video does, is at odds with both Biden’s and Harris’s political messaging as candidates, which often highlights how they came from modest backgrounds and didn’t attend elite schools.

The video’s final statement—“Equitable treatments means we all end up in the same place”—has understandably inspired the most consternation among Harris’s critics (Rep. Liz Cheney said, “Sounds just like Karl Marx”). And yet, even if everyone starts out with the same opportunities, human nature being what it is, we will never all “end up in the same place.” Some people work harder than others; some people are luckier than others; some people are more willing to bend or ignore the rules; and others simply don’t care to compete at all.

To level the playing field in the cartoonish way Harris’ video envisions, you must have the power not merely to “lift everyone up,” but the power to keep some people down. We’ve seen glimpses of what this looks like in practice: In competitive admissions for schools, particularly in elite public high schools across the country, the elimination of tests for merit and even of grading. In the criminal justice system, cities like Seattle are considering legislation that would allow poverty and addiction to be used as a defense for people accused of certain crimes. If equal outcomes are the measurement for achieving equity, then the rules must change to accommodate those who don’t want to play by them.

The equity model (like antiracism theory) requires “experts” trained in the art of ferreting out all of these new inequities. They are vested with the power to define who is and is not deemed “needy”—a power that, when combined with the power of the government purse, can easily lead to a society where, as Orwell warned in Animal Farm, “All animals are equal, but some animals are more equal than others.”

Once a critical mass of people think “equity” is the same as “equality,” and policies to enforce “equity” are viewed as indistinguishable from providing equal opportunity, the reeducation effort will be complete. If you challenge the new norms, you will be automatically deemed “privileged.” Only someone with an unfair advantage would refuse to countenance “equity,” after all. If you’re on the side of the social levelers, the future looks like Harris’ video: All sunshine and rainbows, with downtrodden lifted up and the cartoonish villain of “privilege” finally vanquished.

Experience teaches us that is not likely to be the end of the story.

When we change what words mean only to prevent some uncomfortable questions from being asked or issues from being raised, we narrow the allowable framework for how we talk about inequality and difference. We limit debate and compromise in favor of ideology and power. A society that does that hasn’t put more people “on equal footing,” as Harris argues. It has lost its own. 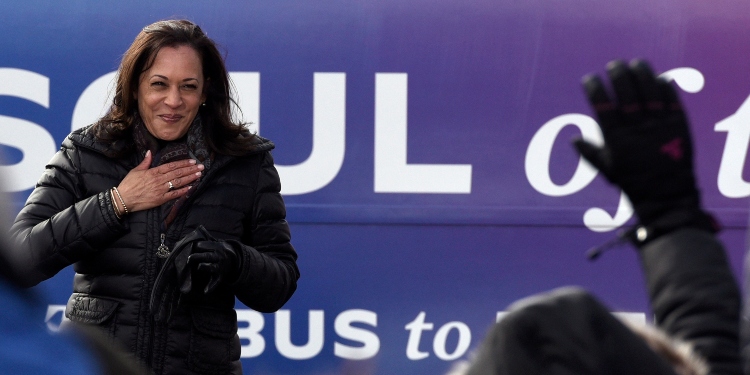