On Monday night at Columbia University, protestors shouted down Danny Danon, Israel’s Permanent Representative to the United Nations. I’m sure that both the hosts of the event, Students Supporting Israel (SSI), a new group at Columbia, and the protestors—students from Columbia University Apartheid Divest, Columbia Students for Justice in Palestine, Columbia/Barnard Jewish Voice for Peace, Columbia Socialists, Students Organize for Syria, and Columbia Against Trump—would characterize the event as a success. On both sides, this would be folly.

If a man from Mars attended a lecture given by an official from a foreign government and saw more than 40 of my peers protest in this fashion, he would probably leave with the impression that said government had done something seriously worthy of that protest. So score one for the protestors.

At the same time, our man from Mars might be curious about the merits of the protestors’ arguments; if they were really so valid and irrefutable, why not challenge Danon during Q&A rather than shout shallow slogans at the audience like “From Palestine to Mexico, border walls have got to go,” and “1, 2, 3, 4, occupation no more, 5, 6, 7, 8, Israel is an apartheid state.” Score one point against the protestors.

Which is to say that when students are chanting instead of chatting, the discourse dissipates into color war, a reality that should trouble all activists who seek to win hearts and change minds.

What was actually accomplished by protesting and disrupting this event? If the Students for Justice in Palestine & Co want to see their ideas aired, and Danon’s ideas challenged, why not agree to host a debate with pro-Israel students? But SJP’s policy of anti-normalization—non-engagement with Zionists—precludes such an event.

Beyond that though, solving the conflict is not their intention; the only so-called solution these students would accept is a world in which Israel does not exist. Whether they acknowledge it out loud or not, they know this “solution” will never be reached by diplomatic methods—Israel will never sign its own death warrant. So what’s left to do? Cheerlead; disrupt; yell; prove that they’re the loudest.

Being loud and being effective are not synonymous, and in fact, one often comes at the expense of the other. Consider what happened last night. After one of the seven interruptions which Danon stoically endured, he asked the protestors if one cohort might remain in the room for the duration of his speech so that he could hear their questions and debate with them during Q&A. “Maybe you’ll convince me,” he said to them, a grace note that earned laughter from the audience.

Instead of heeding Danon’s request, the protestors continued to scream, chant, and disrupt, and were continually escorted out: noise, not action.

Danon was challenged, and effectively, when asked a question from an Israel supporter to his political left. The exchange went as follows:

Student: “How do you reconcile this core Israeli value of democracy that you’ve been talking about with your express support in the past for annexing large parts of the West Bank without offering Palestinian citizenship or voting rights?”

Student: “In the 2011 New York Times op-Ed you talked about doing this, annexing all the Jewish parts and not offering citizenship or enfranchisement to the Palestinians living in the West Bank.”

Danon: “I think we need to negotiate. Yes, I have my goals when I walk into the negotiation room. I am the lawyer of the Jewish people. I come with what I think is best for the Jewish people into the negotiation room and the other side will come with their goals. That’s legitimate. When I was an elected official that’s what I did. And I think when both sides come to the room they negotiate. At the end, they decide or they don’t decide to compromise. But I think that today to try to understand what will look or what will be the end result, it will not work. It will not work. And I think that today when I look at what’s happening in Gaza, and you cannot ignore it, because we took out all the settlements out of Gaza, and we saw what happened. So, if you ask me if I want to see [an] Hamas entity today in Judea and Samaria, the answer is no. And when I see what happens in Syria today, do I want to see the same chaos that we have in Syria in Judea and Samaria, the answer is no. I do want to see a real peace like the one we have with our neighbors, but for that we will need to find a viable partner. I know that sometimes people want quick solutions. Let’s finish with the conflict. Let’s sign the agreement and it will be over. But unfortunately, we saw that in the Middle East when you sign an agreement and the other side is not willing to move forward, that the result is exactly what is happening today in Gaza.”

The student’s question—a valid and important one—reflects the central tension with which those who are seriously engaged in conversations regarding Israel’s future grapple daily. Danon did not answer it. There is no easy answer, which means we need to discuss it more, not less.

In the run-up to the event, it seemed clear that the organizers relished the idea of their speaker getting disrupted; SSI’s president even shared the protestors’ Facebook event announcement with the caption “This is how you get anti-Israel activists to get some exercise and practice their heavy metal singing.”  He also circulated the hashtags “SJP on the defensive,” “thanks for the publicity,” and “helping us activate more people.” SSI has demonstrated it can successfully garner attention. Yet garnering attention is the result of noise, not action, and in this case, played a role in the degradation of the discourse.

That said, had the Students for Justice in Palestine sat quietly in their seats, had they lined up to ask their questions at the event’s close, they too might have presented complex, challenging moral questions that would have conveyed some of their ideas much more forcefully than did their petulant chanting. That would have been action, not noise. Instead, they impinged upon Danon’s right to speak, and demonstrated, for those that still needed convincing, that they are uninterested in discourse, dialogue, and the free exchange of ideas. 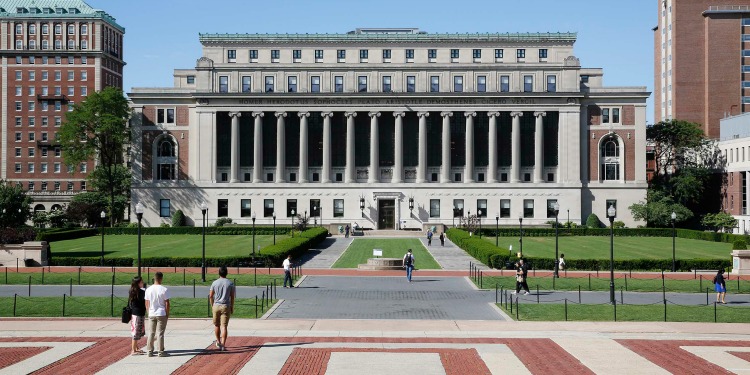