Despite the fact that this terminology evokes some of the worst expressions of historical anti-Semitism—those moments in time when Jews were characterized as “vermin” and targeted for “extermination,” as Rabbi David Wolpe poignantly wrote in TIME—Johnson’s gaffe has gotten a shockingly limited amount of play in the press.

Even the Anti-Defamation League, whose twitter handle describes its mission as “to stop the defamation of the Jewish people, and secure justice and fair treatment for all,” said only this in its initial response: “we call on [Johnson] to apologize and retract this offensive, unhelpful characterization.”

The ADL’s task as an organization is not to issue schoolmarmish slaps on the wrist to every individual guilty of being a jerk. Johnson’s words were offensive, yes. They were unhelpful, yes. But neither of those transgressions were why Jews across the world were waiting for the ADL to enter the fray.

Considering the grave implications of referring to Jews as a type of insect, the ADL’s relatively soft, pleading engagement with Hank Johnson’s astounding remark was flabbergasting. If the organization believed the statement to be merely offensive but not anti-Semitic, why did it warrant any kind of response? But if it was anti-Semitic—and it was—why did the term “anti-Semitic” not appear in its tweet?

On reflection, though, Johnson’s actual remarks offer an explanation for the ADL’s thought process—and it may be even more disturbing than Johnson’s remarks. For in referring to settlers as termites, Johnson wasn’t speaking about the Jewish people as a whole, but a subset—those who live in the West Bank.

Last week, the ADL was quick to issue a full statement in response to the GOP’s updated platform language, which, as opposed to years prior, does not endorse the two-state solution. There was nothing wrong with the statement itself, which accurately expressed that “successive American presidents and prime ministers of Israel, including the current leadership in both countries,” support a two-state solution, believing it to be “the only viable way to secure Israel as both a Jewish and democratic state.”

But in its insistence on establishing an organizational separation from the inarguably philo-Semitic language of the Republican platform, while issuing only a perfunctory and disappointingly shallow rebuke of Johnson’s equally inarguably anti-Semitic language, the ADL raised questions as to whether, under the leadership of former Obama aide Jonathan Greenblatt, it can maintain a nonpartisan approach in carrying out its mission.

It is appalling that the ADL could not rouse itself to mount an adequate defense of the settlers. Criticizing the settlements is kosher; referring to those who live there, including children, as “termites” is not. So when Johnson replied, in a tweet, by saying “poor choice of words-apologies for offense,” the fact that the ADL accepted this non-apology as an apology should trouble every single person in America who gives the organization so much as a dollar. “We appreciate Hank Johnson’s clarification,” the ADL said. Appreciate. Imagine if such a phrase had emerged from a state senator in Arizona who endorsed Donald Trump; one doubts any such “appreciation” would have been expressed.

Johnson, of course, is a Democrat representing Georgia’s 4th district. Greenblatt, to his credit, retweeted Johnson’s “apology” with the heading, “yes there was an apology, but no ‘point’ justifies referring to human beings in such an abhorrent, inappropriate manner.” The ADL retweeted Greenblatt’s personal tweet, but has yet to issue an actual statement on the controversy. In an election cycle that has enlivened anti-Semitism on both the far right and the far left, the ADL should have treated this moment with the gravity it deserved, responded in a professional and substantive manner, and used Johnson’s crude remarks as an opportunity to educate the electorate on anti-Semitism in all its iterations.

Another organization that has failed spectacularly this week? J Street. It is overtly anti-settlement, and, in striving to achieve its political aims, J Street makes rating and endorsing candidates a core part of its mission. Hank Johnson has been the beneficiary of both J Street’s endorsement and its fundraising. Thus in the wake of his remarks, the organization had an opportunity to demonstrate true leadership.

But how did it respond to this vile imprecation?  The J Street statement incoherently contended both that “there is no place…. For personal insults or slurs against whole groups of people including settlers in the West Bank,” and that “the Congressman was clearly referring to the corrosive impact of the settlement enterprise… and not to individuals.” Indeed, the organization delivered a sharper rebuke to the media for breaking the story than to Johnson himself.

For Jews around the world, the three week period of mourning leading up to the fast of Tisha Ba’av has just started. The Talmud explains that the destruction of the Second Temple—one of the tragedies Jews mourn during the fast—happened as a result of Sinat Chinam, which is usually translated as “baseless hatred” within the nation. The phrase is often invoked to demonstrate how division renders the Jewish people weak and ripe for targeting. The responses from the ADL and J Street are distressing indicators of the condition of American Jewry as our mourning begins. 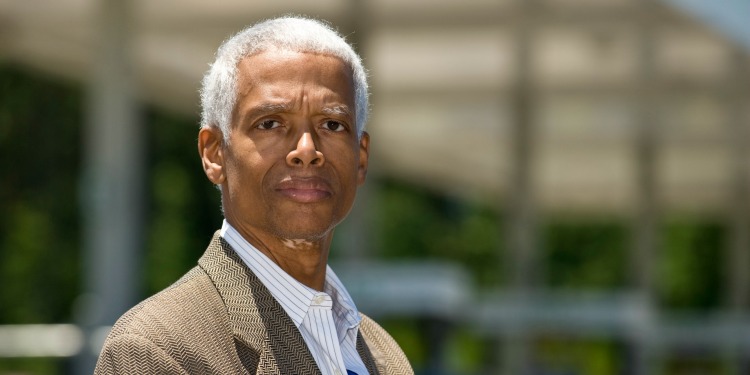