When demonstrably smart people say or do demonstrably dumb things, it’s always useful to try to tease out why — the cloaked motive, analysis, or desperation ploy behind the seeming obtuseness.

So why did President Barack Obama offer a reheated soufflé of failed strategies against ISIS (or ISIL, as he annoyingly insists on styling it) in his speech from the Oval Office?

Many people considered it “More Mush From the Wimp,” the derisive title a prankish copy editor at the Boston Globe once put on dummy copy of an editorial about a lame talk by President Jimmy Carter. Does Mr. Obama still fail to understand the ISIS threat? Is he an American Chamberlain, too soft to confront a murderous fascist threat? Is he more interested in shielding American Muslims from backlash and banning assault weapons than honoring his oath to defend the homeland?

The correct answer is none of the above. Rather, I suspect the President has made what he considers a shrewd and historically valid judgment of the situation — but one that he dare not share outside his innermost councils.

It is that the conflict in the Middle East is essentially a sectarian holy war pitting Shia Muslims against their Sunni neighbors and extremist Sunnis against their more moderate brethren. The Syrian civil war is the current cockpit of the struggle with the Shia bastion of Iran (and now the Russians, with their restive Muslims south of the Caucasus) intervening to prop up President Bashir al-Assad against his Sunni enemies. The Iranians have turned Iraq into a virtual client state and control the Gaza strip bordering Sunni Egypt through Hamas and much of Lebanon through Hezbollah. The Sunni Turks have their own interests, especially to thwart the Kurds, who seek their own state and are the only reliable fighters against ISIS. The Gulf Arabs — the Saudis and the Emirates — will never be much help.

Given all the conflicting interests — and the ghastly history of US intervention in Iraq and Afghanistan — it’s plain, this theory goes, that the holy war(s) can never be resolved by a major American military action, even as part of a coalition of Arab and Western forces.

Unless and until ISIS is subdued, jihadists in the West — homegrown or infiltrating — will continue to commit atrocities against Americans and others. Still, another sophisticated, large-scale 9/11 action is unlikely — enhanced intelligence and anti-terror strategies should protect that flank. But attacks like the Paris and San Bernardino massacres can’t be eliminated given the ubiquity of ISIS cells and sympathizers and the ready availability of assault weapons and explosive components.

So — and this is the message that no President could ever tell the American people — it’s a trade-off: Dozens or perhaps hundreds of American and other Western casualties rather than thousands of killed and maimed U.S. and allied troops and billions more spent in a new ground and air war with no guarantee of success. What’s more, intensified war in the Middle East would inevitably trigger more homefront attacks rather than prevent them.

The logic of this analysis is that the Arab holy war cannot be ended by outside intervention, but must be allowed to burn itself out. ISIS and al-Qaeda — and their appeal to nascent jihadis — will collapse only when enough intramural blood is shed to quench Arab religious zealotry. In the meanwhile, American and its Western and Arab allies (such as they are) can try to contain the horror, but are really helpless to end it.

A cynical calculus unworthy of an American commander-in-chief? Perhaps. It’s essentially a rope-a-dope strategy to buy time and save more American lives (military) than it sacrifices (civilian) until the enemy collapses.

Mr. Obama can’t look his fellow citizens in the eye and say, “Look, no matter what we do, this conflict won’t be resolved until these folks kill off enough of each other that they decide to get along. And until they knock it off, we can’t guarantee that bad stuff won’t happen here. In the meantime, we’ve got to do the best we can to protect ourselves. Going over there again won’t do it.”

For an American President to obscure his real strategy while distracting the citizenry with gauzy platitudes certainly has precedent. Franklin Delano Roosevelt talked out of the other side of his mouth for months as the Nazis and Japanese rampaged before Pearl Harbor and Hitler’s declaration of war propelled the U.S. in World War II. Of course, FDR was determined to intervene and Barack Obama seems just as determined to do the opposite.

Perhaps Mr. Obama’s confidence in his strategy of patience is well placed. From his own standpoint, it has the virtue of punting hard choices to his successor. Still, a major terrorist attack on the homeland or an escalating series of ISIS massacres at schools, shopping malls, sports events, or historic sites will convulse the country and discredit the President and his party in what is certain to be an inflamed election.

Sadly, the best defense is rarely the least offense. 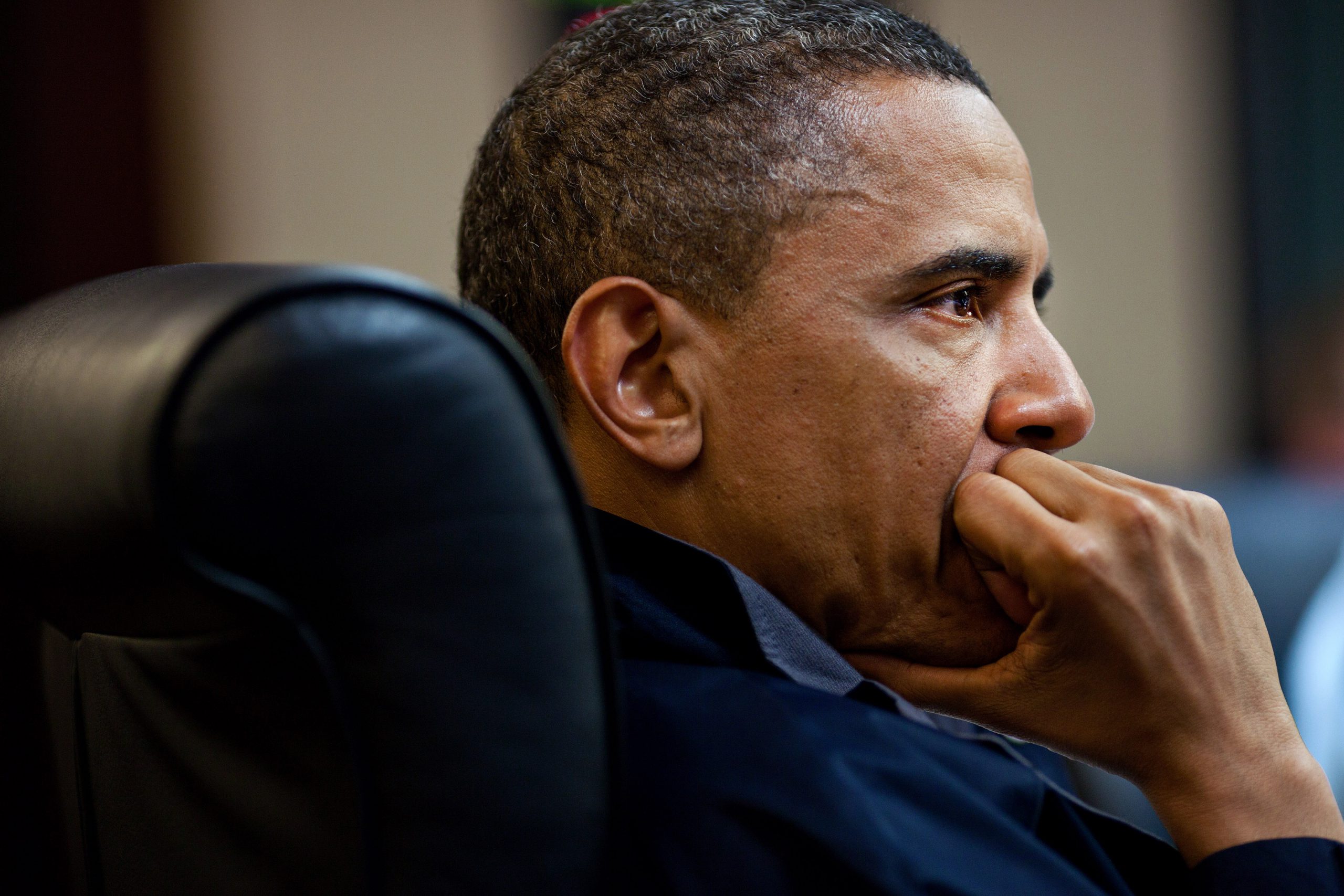