Amid the tsunami of dread and panic this week regarding the coronavirus, on Monday Secretary of State Mike Pompeo took time to lodge an official complaint with China: Stop blaming the pandemic on America. In a phone call to the director of China’s office of foreign affairs, Pompeo “conveyed strong U.S. objections” to China’s efforts “to shift blame for Covid-19 to the United States,” according to the State Department.

Pompeo’s complaint did not come out of nowhere. In the last two weeks, Chinese officials and state organs have promoted the theory that the coronavirus was brought to their country in October when a group of U.S. army officers visited Wuhan for the world military games. It’s one element of a wider propaganda campaign by the Chinese Communist Party. The regime takes umbrage at labeling the virus as something from China or Wuhan, while presenting its mass quarantines as a model of public health and offering medical aid to countries now coping with the virus.

Like all effective propaganda, there is a grain of truth in China’s messaging. After bungling the initial response, including some truly chilling abuses of power, the regime now appears to have the outbreak under control (assuming the Chinese statistics are correct). There has also been an uptick in racist incidents against people of Chinese origin all over the world, including in the U.S. President Trump and others are wrong to stoke nativism in a national crisis by continuing to call the disease “the Chinese Virus,” even though it’s true that past pandemics were labeled by the World Health Organization were named by their place of origin.

At the same time, says Joseph Wu, Taiwan’s foreign minister, China is acutely aware of the stakes. “The Chinese understand that its national reputation suffered tremendously in the last few months because of the coronavirus,” he told Hugh Hewitt’s radio program on Monday. “And what it’s trying to do is trying to overturn that kind of situation.” China’s campaign, Wu said, is “like trying to turn black into white.”

For Beijing, this is a pattern. Whether it’s the treatment of Uighur Muslims or the construction of artificial islands in the South China Sea, China’s government demands that the world believe its narrative over the reality of its own government’s failures and aggression.

Just read the Chinese foreign ministry’s statement justifying its decision to expel American journalists from China Tuesday: “The U.S. government has placed unwarranted restrictions on Chinese media agencies and personnel in the U.S., purposely made things difficult for their normal reporting assignments, and subjected them to growing discrimination and politically-motivated oppression.”

Once again, black is white. The Chinese outlets compelled to report under the Foreign Agents Registration Act were arms of their state’s propaganda. The U.S. news outlets China has retaliated against—with the exception of Voice of America—are independent of the U.S. government. And even Voice of America is far more independent from China’s official news agencies. To compare the two is like saying a virus first detected in Wuhan was brought to China by the U.S. Army.

The proper response is not to acquiesce to China’s false narratives. Rather, it is to understand that, as much as the U.S. and the world want China to be a partner in the face of a pandemic, they also need to realize the regime is exploiting this crisis for its own ends. 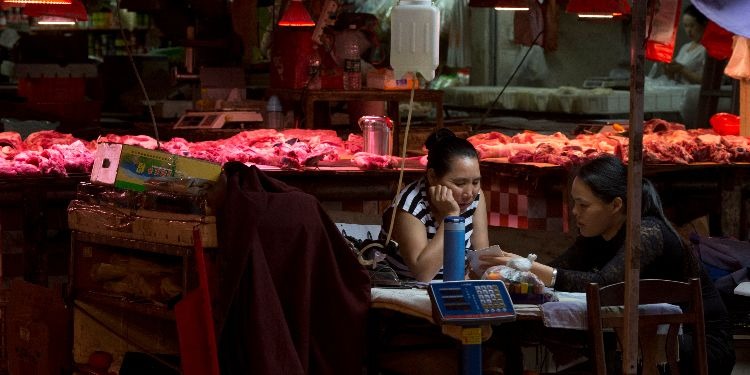