On any other day, the Wall Street Journal’s report on Tuesday would have been a major bombshell. Instead, it was unjustly overshadowed by the news that Donald Trump had shared sensitive third-party intelligence (apparently provided by Israel) with Russia. Granted, the intelligence story reveals something important about the U.S. president. But the WSJ story revealed something important about long-term trends in the Middle East–and for once, it’s unabashedly good news. Major Arab states have grown tired of having their relationship with Israel held hostage to the Palestinian problem, and they’re actually seeking to do something about it.

The Journal reported that the Gulf States are discussing a proposal to normalize certain types of commercial relations with Israel in exchange for Israeli gestures toward the Palestinians (the report is behind a paywall, but the Times of Israel helpfully provided a detailed account of what the WSJ article said). Two countries, Saudi Arabia and the United Arab Emirates, have already told both America and Israel that they’re willing to adopt it, the Journal added.

But the real bombshell–actually, several bombshells–lay in the proposal’s details: In exchange for Israel freezing settlement construction in “certain areas” of the West Bank and relaxing its blockade of Gaza, the Arabs would establish direct telecommunication links with Israel, let Israeli aircraft overfly their countries, lift certain trade restrictions and perhaps grant visas to Israeli athletes and businessmen. All these details are significant even in the likely event that the proposal goes nowhere.

First, they show that Arab leaders–unlike Trump–understand that Israeli-Palestinian peace is nowhere on the horizon. They didn’t merely say so to the Journal; it’s clear from the proposal itself. All it asks of Israel are gestures that would leave the status quo essentially unchanged, not concessions on any final-status issue. Granted, many of these same Arab leaders have told Trump that solving the Palestinian-Israeli conflict should be a high priority, but that merely proves the old truism that what Arab leaders say to their Western counterparts shouldn’t be taken at face value.

Second, and more importantly, Arab leaders are no longer willing to give the Palestinians (or Syria) a veto over their relations with Israel. The last time Arab states proposed normalization with Israel (in the Saudi-sponsored Arab Peace Initiative of 2002), they conditioned it on Israel signing final-status agreements with both the Palestinians and Syria and withdrawing completely to the 1949 armistice lines (also known, wrongly, as the pre-1967 border). Even eight years ago, when President Barack Obama urged Arab states to make gestures toward Israel in exchange for an Israeli settlement freeze, they unanimously refused, saying steps toward normalization were impossible until an Israeli-Palestinian final-status deal was signed. Now, they’re seriously discussing partial normalization even without a final-status deal.

Third, unlike the Palestinians, Arab states have abandoned the fantasy of an Israeli retreat to the 1949 armistice lines. Their decision to demand a settlement freeze only in “certain areas” of the West Bank clearly implies that they see no reason for a freeze in other areas. They would remain Israeli under any final-status deal. This, incidentally, is something the Obama Administration never grasped. It treated construction in major settlement blocs or Jewish neighborhoods of East Jerusalem as identical to construction in isolated outposts.

Fourth, after decades of spearheading boycotts of Israel, Arab states are now keen to do business with it. That’s clear from the fact that, aside from visas for athletes, all the Arab gestures under consideration are aimed at facilitating business. As a senior Arab official involved in discussions of the proposal told the Journal, “We no longer see Israel as an enemy, but a potential opportunity.”

In one sense, this is no surprise. In February, Bloomberg reported that Israeli high-tech firms were already doing booming business with the Gulf States via pass-through companies. What is surprising, however, is that then, just three months ago, the “experts” Bloomberg consulted were still insisting that open trade between Israel and the Gulf would be impossible without Israeli-Palestinian peace. Now, leading Arab countries are proposing open business ties without a peace deal.

Thus, even though the proposal doesn’t include formal diplomatic ties, it’s a huge step forward over any previous Arab offer.

Admittedly, it might well go nowhere at this stage. First, Saudi Arabia and the UAE won’t do it alone, and it’s not yet clear whether a critical mass of other Arab states will join them. Indeed, the WSJ report makes that less likely, since it will give opponents of normalization a chance to mobilize public opinion against the idea.

Second, it’s not clear what the Arabs states will ultimately demand in exchange. By the time they finish negotiating among themselves, the proposal may be significantly worse, just as the Arab Peace Initiative adopted by the Arab League in 2002 was significantly worse than the initial Saudi proposal (for instance, the Arab League version included language which Arabs interpret as requiring Israel to absorb millions of Palestinian refugees).

Finally, even if this doesn’t happen, the demands as stated could be unacceptable to Israel, depending on how the Arabs interpret them. For instance, Israel has long been willing to take some steps to help Gaza, but it would not agree to end the blockade entirely, as that would enable Hamas to import masses of lethal weaponry. Similarly, while Israel could agree to freeze construction in isolated settlements, it couldn’t accept a public freeze on construction in Jerusalem, its capital, which Arabs consider part of the West Bank.

Nevertheless, the very fact that this proposal is being openly discussed shows that Arab-Israeli relations are thawing at a faster pace than anyone would have predicted a few years ago. The credit for that goes primarily to changing geopolitical circumstances, but secondarily to Prime Minister Benjamin Netanyahu. He has worked hard and successfully to expand Israel’s foreign relations precisely because he never accepted the “expert” consensus that this was impossible without progress toward Israeli-Palestinian peace.

Just last summer, Israeli pundits from across the political spectrum were united in asserting that normalization with the Arab states would require an Israeli-Palestinian deal. At the time, I termed this assertion “sheer folly,” given how fast things were already changing; today, it looks even more ridiculous. And that’s good news not just for Israel, but for the entire Middle East. 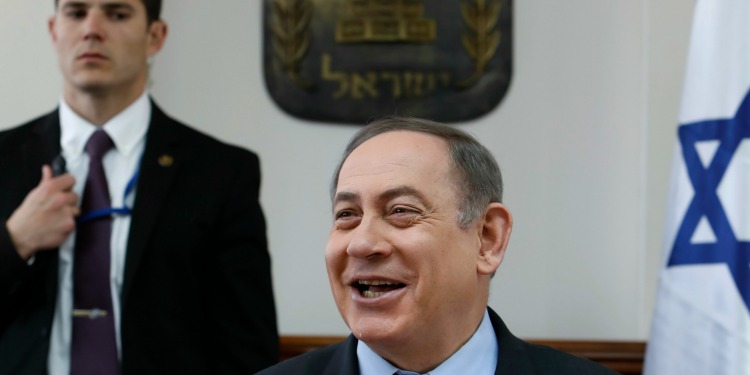