When Israeli Prime Minister Benjamin Netanyahu met with President Donald Trump last week, he had two main items on his agenda: thanking Trump for his decision to move the U.S. Embassy to Jerusalem and urging U.S. action on Iran. At first glance, these items seem unrelated. In fact, they’re closely intertwined. The decision to relocate the U.S. embassy has turned out to be a strategic building block in Trump’s effort to renegotiate the nuclear deal with Iran.

To understand why, consider the dilemma facing his administration when it first took office. Without a serious American threat to scrap the nuclear deal, there was no chance that even America’s European allies–much less Russia, China and Iran–would agree to negotiate a fix for some of the deal’s biggest flaws. Yet conventional wisdom held that the administration would never dare flout the whole rest of the world, along with virtually the entire U.S. policy community, by withdrawing from the deal. So how was it possible to make the threat seem credible short of actually walking away from the deal?

Consequently, this turned out to be the perfect issue to show that Trump really would defy the world and nix the Iran deal if it isn’t revised to his satisfaction. In fact, the process he followed with the embassy almost perfectly mimics the process he has so far followed on the Iran deal.

The first time the embassy waiver came up for review last June, Trump signed it. He vowed, however, that he wouldn’t keep doing so forever. The second time, in December, he officially announced the embassy move, but said it would take several years to find a site in Jerusalem and construct the new building. So, in the meantime, he signed the waiver again. Then, last month, Trump announced that the embassy would officially relocate to temporary quarters in the existing U.S. consulate in Jerusalem in May. In other words, there will be no third signing of the waiver.

The Iran waivers have so far followed a similar pattern. The first time the deal came up for review, Trump issued the requisite certification that Iran was in compliance and that the deal served America’s national interests, but vowed he wouldn’t keep doing so forever. The second time, he formally decertified the deal, but once again signed the waiver that prevents sanctions on Iran from being reinstated. The third time, he signed the waiver once again, but explicitly threatened that this would be the last time.

If it weren’t for the embassy move, this threat would be treated in capitals around the world as so much bluster. Instead, world leaders are forced to take it seriously. True, there’s a chance that Trump is just bluffing. But there’s also a real chance that he’s serious, just as he proved to be on the embassy issue.

This means that European leaders, who initially refused even to discuss any changes to a deal they like just the way it is, are now feeling pressured to offer at least some sop to Trump if only to keep him from blowing the deal up entirely. Last month, for instance, French President Emanuel Macron threw his support behind a plan to impose surveillance and sanctions on Iran’s unfettered ballistic missile program, which is one of several key loopholes the administration wants closed.

The Iran deal didn’t motivate Trump to move the U.S. embassy to Jerusalem. The primary reason to relocate the embassy to Jerusalem was because it was the right thing to do. It’s something Congress decided should be done over 20 years ago, and it’s something presidential candidates from both parties have repeatedly promised but never fulfilled. Above all, it’s because the reality is that Jerusalem is Israel’s capital, and it is ludicrous to keep pretending otherwise.

But it just goes to show that the right thing is also sometimes the smart thing. Granted, there’s no guarantee that Trump’s effort to fix the Iran deal will bear fruit; the Europeans are trying hard to fob him off with mere cosmetic tweaks. Yet there would be no chance at all if it weren’t for the credible threat created by the embassy move. And if anything meaningful does come of this effort–even if only a modest improvement, like cracking down on Iran’s ballistic missiles–it will be largely because Trump did the right thing on Jerusalem. 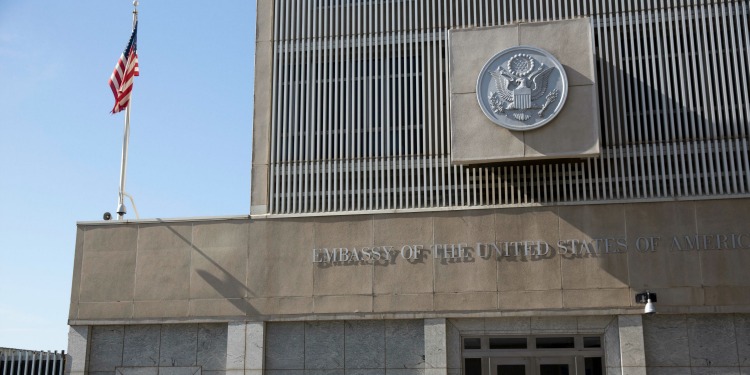