I can’t help noticing that the “siege of Gaza” has largely disappeared from the headlines. I’d like to think it’s because, having finally seen what a real siege looks like in Syria, many well-meaning folks who used to decry the “siege” of Gaza have realized that Gaza was never actually besieged at all. But for anyone who’s still confused about the difference between a real siege and a fictitious one, here are two simple tests: First, in real sieges, people die of starvation, because the besieger stops food from entering; in fake ones, the “besieger” sends in 2,500 tons of food and medicine per day even during the worst of the fighting. Second, real sieges get swept under the carpet by the UN; only the fake ones merit massive UN publicity. And if you think I’m joking, just compare the actual cases of Madaya and Gaza.

In the Syrian town of Madaya, which is besieged by the Assad regime’s forces, people were reduced to living on grass because no other food was available. Rice, a staple that costs $1.25 per kilogram in other war-ravaged Syrian towns, was so scarce in Madaya that it sold for 200 times that price – an astounding $256 per kilogram, according to a report by Roy Gutman in Foreign Policy. Women were so hungry their breast milk dried up, leaving them unable to feed their babies. At least 32 people have starved to death so far, and hundreds more are at risk of starvation. One man told Gutman everyone in his family had lost 45 pounds – and they are the lucky ones; they’re still alive.

In Gaza, in contrast, even when the “siege” was regularly making headlines, there were never any reports of people dying of hunger, living off grass or unable to feed their babies. That’s because in contrast to Syrian forces, which prevented food and other humanitarian goods from entering Madaya, Israel allowed thousands of tons of such goods into Gaza every day. Even during the 50-day war with Hamas in summer 2014, while Hamas was regularly firing rockets at the only border crossing between Israel and Gaza, Israel managed to get 122,757 tons of food, medicine and fuel into Gaza through that crossing; in normal times, the volume is much higher. Indeed, Gaza’s life expectancy exceeds the global median, surpassing that in 114 countries worldwide. In places that are really besieged, life expectancy tends to be low.

It’s true that Israel maintains a naval blockade to prevent arms smuggling, and it also restricts dual-use imports to Gaza. Cement, for instance, is in short supply there, because Hamas has a nasty habit of using it to build cross-border attack tunnels rather than schools and hospitals for its people. According to Israel Defense Forces estimates, the tunnels uncovered during the 2014 war contained enough cement to build 2,580 homes, 180 schools or 570 medical clinics; today, Hamas is working hard to rebuild those tunnels. Thus Israel allows cement into Gaza only if a reputable international partner takes responsibility for ensuring it is used for civilian rather than military purposes. But import restrictions are not, and never were, remotely comparable to a siege.

If your only source of information is the UN, however, you couldn’t be blamed for thinking Gaza’s situation was much worse than that of Madaya – because the UN deliberately concealed Madaya’s situation, despite having known for months that the town was starving.

Gutman’s Foreign Policy report revealed that UN officials knew of Madaya’s dire straits as early as October, but kept mum until their hand was forced by “shocking images of starving infants” that began circulating on social media this month and were picked up by mainstream media. As late as January 6, a “flash update” on Madaya’s situation issued by the UN’s Office for the Coordination of Humanitarian Affairs was still marked “Internal, Not for Quotation.”

Moreover, even when the UN finally did go public, Gutman wrote, it insisted on downplaying Madaya’s situation by saying it was no worse than that of various towns besieged by rebel militias. Yet in contrast to Madaya, where regime forces were keeping all food out, food was entering the towns under rebel assault, making their situation far less dire.

One week after Gutman’s bombshell, BuzzFeed followed up with a report that OCHA had deliberately altered its humanitarian aid plan for Syria, including by “deleting references to ‘besieged’ areas such as Madaya where thousands of people are starving.” The plan also deleted any mention of removing landmines and unexploded ordnance and dropped all references to violations of international humanitarian law.

The changes in the aid plan, like the original decision to keep Madaya’s situation under wraps, were made at the Assad regime’s request. As BuzzFeed noted, “The UN’s Damascus office is reliant on the Assad regime for all their foreign staff visas, their security, and access to hard-to-reach areas,” which may be why it felt obligated to bow to the regime’s dictates. Nevertheless, the decision infuriated aid organizations, which accused OCHA of concealing the true scale of the horror to appease the regime.

Needless to say, no such considerations restrain OCHA when it comes to Gaza; UN agencies know they can say anything they please against Israel without risking their Gaza access. Thus, a Google search for “Gaza blockade” on OCHA’s website turns up 1,100 documents decrying it; searching for “Gaza siege” turns up another 310 (while OCHA itself generally uses the legally correct term “blockade,” many NGOs it partners with prefer “siege”). Nor is this coincidental: It’s only when a place is really besieged that access requires the besieger’s goodwill; when a “siege” exists only in media hype, legitimate aid agencies have free access.

So next time you hear people talking about the “siege of Gaza,” remember Madaya. And then tell them to stop wasting their breath on fake sieges when people are dying in real ones. 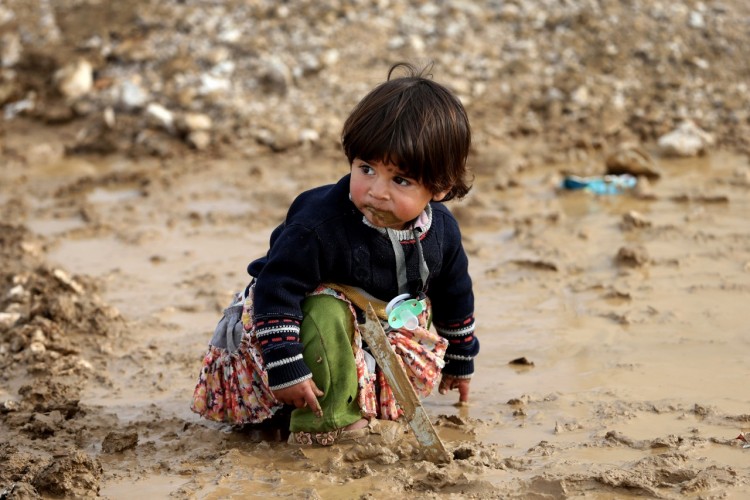