When Prime Minister Benjamin Netanyahu compared Hamas to the Islamic State after the Paris attacks, he was widely scorned. But as several recent news reports make clear, the analogy was quite well-founded. Hamas, like ISIS, glories in its own brutality and boasts of it to the world. It actively arms, funds, and trains Islamic State’s Sinai affiliate. One of its senior officials has vowed that as soon as it gets rid of the pesky Zionist state, it will set its sights on the rest of the West. And the West seems determined to eliminate the one remaining difference between the two groups.

Hamas’s glorification of its own brutality was on display this week, when the group celebrated the 28th anniversary of its founding. In honor of this event, the Israeli daily Israel Hayom reported, Hamas posted a video on its website featuring highlights of its greatest terror attacks and listing all its other achievements, which were as follows: It has fired 16,377 rockets and mortars at Israel, reaching as far north as Haifa, and now manufactures most of its rockets locally. It has perpetrated 86 suicide bombings, 250 shootings, 36 stabbings, and over 500 cross-border raids. And it has kidnapped 26 Israelis, “both dead and alive.”

Note what’s missing from this list: any effort to improve the lives of the Palestinians it has ruled in Gaza since 2007. That, of course, is because there weren’t any. But the reason there weren’t any is because, like ISIS, Hamas has no interest in actually improving the lives of the people it rules; what interests Hamas is killing infidels. This order of priorities is why it builds tunnels to attack Israel but no bomb shelters to protect its civilians from Israeli counterstrikes, or why it keeps its people imprisoned in Gaza rather than accede to Cairo’s conditions for opening its border with Egypt. And it’s also why Hamas’s promotional video highlights its brutal murders of Israelis, just as Islamic State’s promotional videos highlight its brutal murders of Westerners.

Then there’s the actual cooperation with Islamic State’s Sinai affiliate, Wilayat Sinai, detailed by both Ehud Yaari for the Washington Institute and Alex Fishman for the Israeli daily Yedioth Ahronoth. Hamas provides logistical support to the Sinai group, ranging from training to medical care, and Wilayat Sinai’s top military commander has visited Gaza to further this cooperation. But the main joint activity is arms purchases.

Hamas is the one with the money, provided by Iran, Qatar, and Turkey. Ostensibly, the latter two only fund civilian projects, but Hamas takes a generous cut for military purposes; for example, about a third of the cement imported for Qatari-sponsored construction projects in Gaza was diverted to Hamas’s tunnel-building enterprise. Wilayat Sinai, in contrast, is the one with physical access to the arms; it procures them from Iran and Libya and delivers them to Gaza in exchange for either cash or a cut of the shipment.

Finally, there’s the issue of Hamas’s stated ambitions. As researcher Pinhas Inbari noted last month, Hamas parliamentarian and cleric Dr. Yusuf al-Astal has declared for years that once Israel is defeated, Hamas will move on to the rest of the world. As he put it in one 2008 speech, “We will conquer Rome, and from there continue to conquer the two Americas and even Eastern Europe.”ael

Al-Astal is no fringe figure. He regularly writes articles for the Hamas journal Al-Risala, is interviewed by Hamas’s Al-Aqsa TV, gives sermons in Hamas-controlled mosques and universities, and was included on Hamas’s parliamentary slate. Nor is Hamas-run Gaza a democracy with free speech for all; if Hamas disapproved of Al-Astal’s message, it wouldn’t let him promulgate it in Hamas-controlled institutions.

These boastful ambitions might sound laughable. There’s no reason to think Hamas could achieve them, and so far, it hasn’t ever really tried. ISIS, by contrast, controls large parts of Syria and Iraq and perpetrated the deadly Paris attacks, while even Wilayat Sinai has killed hundreds of Egyptians and recently bombed a Russian passenger plane.

Yet there’s a reason why Hamas is training Wilayat Sinai rather than the other way around; Hamas has far more experience and, in many ways, better tradecraft. Indeed, the Paris attacks themselves underscored Hamas’s skills: Though the gunmen were well-trained and deadly, the three suicide bombers collectively managed to kill exactly one person. By contrast, Hamas suicide bombers routinely produced double-digit fatalities until Israel figured out how to arrest most of them before they struck. In short, a Hamas free to focus on the West would be no laughing matter.

Fortunately for the West, Hamas isn’t free to do so, because the pesky Zionist state is still in the way. ISIS is what happens when a terrorist organization encounters a power vacuum it can fill – i.e. when there’s no strong, stable state like Israel to contain it. Hamas is what happens when a terrorist organization does run up against a state like Israel: Its ability to harm the rest of the world is minimal.

Yet instead of leaving well enough alone, much of the West is ardently trying to create a new Mideast power vacuum tailor-made for Hamas to fill: a Palestinian state. Obviously, a Hamas-run state isn’t the goal. But the last time the Palestinians held anything approaching free and fair elections, in 2006, Hamas won. And according to a new poll published this week, the same would happen if elections were ever held again, which shouldn’t surprise anyone: The poll also found that two-thirds of Palestinians support murdering Israelis, while sizable majorities oppose both the “two-state solution” and the “one-state solution in which Arabs and Jews enjoy equal rights,” meaning the only “solution” they’d accept is Israel’s eradication. So obviously they’d prefer the party that consistently espouses both goals to the one – Fatah – that does so only in Arabic while saying the opposite in English.

Last month, veteran peace processer Aaron David Miller shattered peace process Orthodoxy by asking whether another weak, failing state is really what the Mideast needs right now. Given the similarities between Hamas and ISIS, anyone who doesn’t want a second ISIS in the region ought to answer “no.” 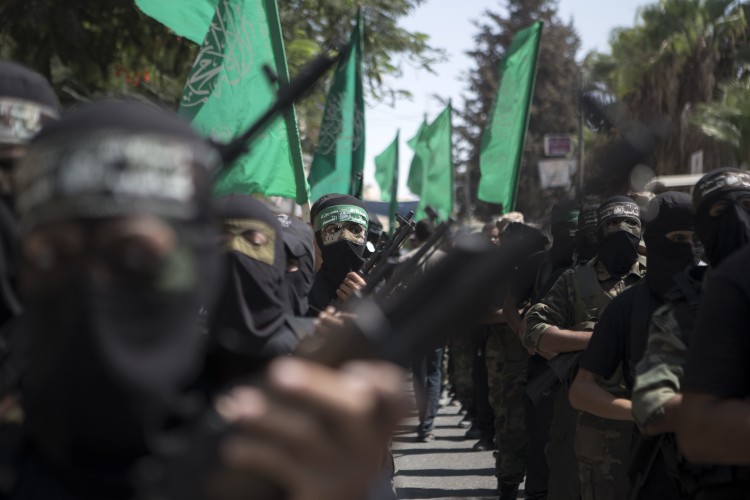