If you ask Palestinians in either Gaza or the West Bank who’s responsible for their suffering, most would probably say Israel. But what would they say if they were safely overseas and no longer needed to fear their own governments? That’s not a question reporters, diplomats, or nongovernmental organizations usually bother asking. We now have an answer to it, at least with regard to Palestinians who fled Gaza. They left not because of anything Israel did, but because of persecution by Gaza’s Hamas-run government

Their testimony was brought by Haaretz reporter Zvi Bar’el, who went to Greece in search of Syrian refugees but accidentally stumbled instead on Palestinians from Gaza–thousands of them, by their own count. One Gazan refugee estimated there were about 6,000 Palestinians from Gaza in Athens alone. The Badil Resource Center for Palestinian Residency and Refugee Rights says the real figure is probably higher.

And that’s just those who have been able to leave. Many would like to but are stuck in Gaza because the border crossing to Egypt is open only a few days per month. Even when it’s open, only a few hundred people per day can leave. Osama, one of the Palestinians Bar’el interviewed, said that when he left Gaza (via a cross-border smuggling tunnel) over 25,000 people were on the waiting list to leave via the official border crossing.

And why have so many Gazans fled or tried to flee? The Palestinians Bar’el met had a uniform answer: Hamas. Not a single one of them even mentioned Israel in their responses.

“There’s a Palestinian doctor here who came with his wife and three children,” Osama told Bar’el. “Imagine, a doctor, a respectable person with a profession, has to flee Gaza only because he was suspected of disloyalty to Hamas.”

Ayman, who has been listening to the conversation in silence, joins in. “I’m a cartoonist, an artist, and I’ve had exhibitions in Gaza. Hamas didn’t like my cartoons and they forbade me to draw, and they also arrested me. After I spent time in a Hamas prison I decided to escape,” he says.

“They tied my hands and feet, they beat me, and after I was injured from the blows they transferred me to a hospital where I was for more than a month. In the meantime they also arrested my brother to get information out of him about me.”

Naji, another Gazan, showed Bar’el a deep scar on his leg that he said came from being tortured in a Hamas prison.

“One day I even tried to commit suicide. I slammed my head hard against a windowpane and put my neck up against the broken glass. But they pulled me back and I wasn’t successful,” he says, pointing to an ugly scar on his neck. “I’m telling you, Gaza is on the brink of civil war and no one knows what’s happening there. No one is interested.”

There are numerous UN agencies ostensibly devoted exclusively to helping the Palestinians, while human rights groups allocate disproportionate attention to this issue. In both cases, their only real interest in Palestinian suffering is finding some way to blame Israel for it. They couldn’t care less about protecting Palestinians from the abuses of their own government. That’s why they keep issuing reports accusing Israel of being the “key cause” of Palestinian suffering, as one UN agency put it this week, despite all evidence to the contrary.

Yet their blatant bias often obscures a larger problem that affects even well-meaning journalists, NGOs, diplomats and almost everyone else involved in telling the world about what’s happening in the West Bank and Gaza–a failure to understand the way fear affects what people say in nondemocratic societies. For Palestinians, blaming anyone other than Israel for their problems risks serious repercussions from either their own governments or vigilante groups affiliated with both governments. And that’s true not just in Hamas-run Gaza, as people like Ayman and Naji discovered to their sorrow, but also in the Fatah-run West Bank, where journalists, businessmen, and Palestinian security officers have all suffered arrest and financial sanctions for daring to criticize the Palestinian Authority or its president, Mahmoud Abbas. Blaming Israel is always the safest solution, even in cases where it’s patently untrue.

Responsible journalists, NGOs, and diplomats would take this fear factor into account and try to dig a little deeper to try to get at the truth. They would also recognize that the very fact that Israel is the one party no Palestinian fears to criticize is in itself a potent refutation of Palestinian claims that Israel is an oppressive regime. People who truly live under an oppressive regime are generally afraid to go on record criticizing it.

Instead, these opinion shapers take everything they hear from Palestinians in the West Bank and Gaza at face value and parrot it uncritically. That does nothing to better the Palestinians’ lot, but a great deal to bolster the Palestinians’ own repressive governments by absolving them of all scrutiny and pressure to reform.

The testimony of these Gazan refugees in Greece provides a rare opportunity to hear what Palestinians say when they’re out of reach of their own repressive governments and can speak freely. It thereby offers a glimpse at the true source of much Palestinian suffering – and a rebuke to all the journalists, diplomats, and NGOs who have collaborated with both Palestinian governments to hide this truth from the world. 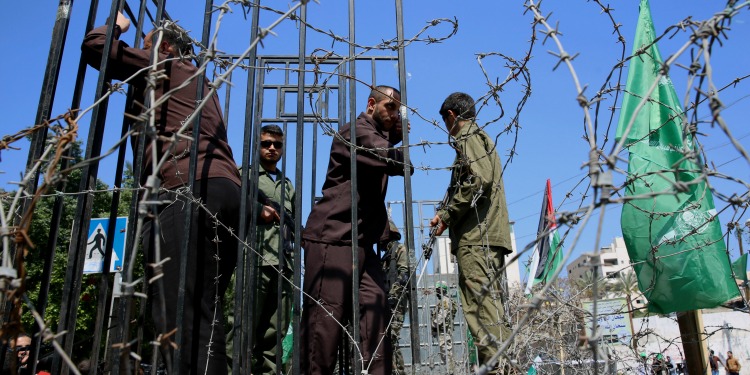