Several commentators have pointed out recently that, had the West not spent decades treating terror against Jews and Israel as an “understandable” outgrowth of the Palestinian-Israeli conflict, it might have less of a terrorism problem today.

Liel Leibovitz of Tablet detailed links between people who perpetrated attacks on Jews and people who later perpetrated attacks on non-Jews in the same countries. His analysis suggests that, had the original attacks on Jews been investigated more thoroughly, the later attacks might have been preventable. Gil Troy argued in the Jerusalem Post that the West’s consistent response to Palestinian terror – capitulating to the terrorists’ demands and pressuring Israel to do the same – persuaded subsequent generations of Islamic terrorists that terror is an effective means of furthering their goals. But there’s a third way in which the West’s attitudes toward Israel have contributed to its terrorism problem: Its conviction – in defiance of all evidence – that the Palestinian-Israeli conflict was the Mideast’s central problem led it to focus obsessively on this issue, at the expense of all the real problems that are coming back to haunt it now. And nothing better illustrates this than the seemingly trivial issue of NGO funding.

Both Europe and America, but especially the former, grant tens of millions of dollars a year to Israeli NGOs for the ostensible purpose of promoting “democracy” and “human rights” in the one Middle Eastern country that already does a reasonable job of protecting both. However, they spend far less on promoting democracy and human rights in other Mideast countries. A document obtained by the Israeli newspaper Makor Rishon, for instance, showed that in 2010, the British government gave £600,000 to Israeli NGOs; if you exclude Iraq, that’s six times as much as it gave NGOs in all other Arab countries combined. Nor does the West lavish this kind of money on NGOs in other fellow democracies: According to NGO Monitor, “No other democracy gets nearly as much foreign government funding” as Israel does.

Why this peculiar obsession with democracy and human rights in Israel, alone of all the world’s countries? The answer, of course, is that the donations aren’t primarily motivated by concern for democracy and human rights at all. They go almost exclusively to organizations dealing in some way with the Palestinian-Israeli conflict – or, to be precise, organizations striving in some way to get Israel to adopt the West’s recipe for solving it: ever more concessions to the Palestinians.

After 20 years in which repeated territorial concessions have brought only more terror rather than peace, most Israelis can no longer be persuaded to buy this nostrum. So instead, these foreign-funded NGOs work to drum up anti-Israel sentiment overseas in the hope of generating international pressure and sanctions on it (see, for instance, Breaking the Silence, which travels worldwide to accuse Israel of “war crimes” but refuses to cooperate with Israeli law enforcement agencies so its allegations could actually be investigated, or B’Tselem, which eagerly cooperated in UN efforts to smear Israel as a war criminal, inter alia, by supplying inflated statistics about civilian casualties). In other words, this money goes mainly toward trying to circumvent Israeli democracy by forcing its government to do something most voters oppose.

But those problems might not be the metastasizing crises they are had the West not spent decades ignoring all the region’s other patent ills in order to obsess over the Palestinian-Israeli conflict. Consider, for instance, what else could have been done with the 100 million euros a year which, according to NGO Monitor, is what foreign governments give to NGOs involved in the Palestinian-Israeli conflict (Israeli, Palestinian and international). What if that money had instead been going for decades to NGOs promoting democracy, human rights, and good governance in places like Syria, Libya, and Iraq? Perhaps it wouldn’t have made any difference, but maybe it would have produced enough incremental change that the current meltdown of the Arab world could have been avoided.

The past can’t be rewritten, but it’s not too late to change the future. As Leibovitz and Troy argued, that will require taking attacks on Jews seriously and ending Western appeasement of Palestinian terror. But it will also require finally abandoning the myth of Palestinian centrality and focusing instead on the Mideast’s real problems. Diverting those millions of euros from Israeli NGOs to all the countries that really do need help with democracy and human rights might be an excellent way to start. 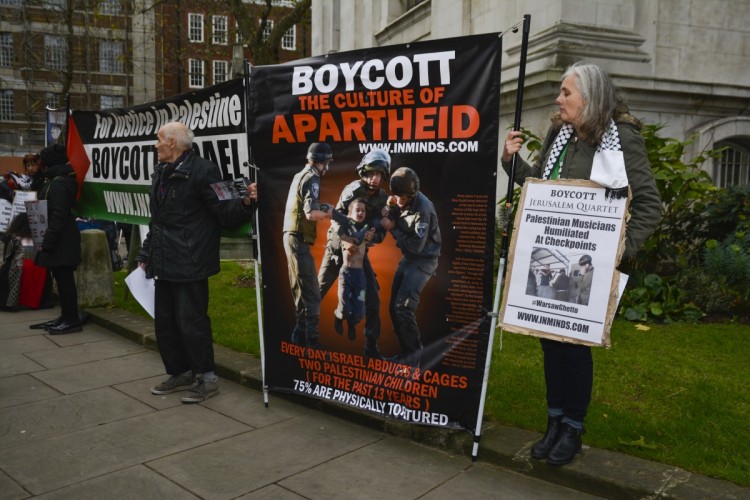