The U.S. Army recently announced that it has horrifying video footage of Islamic State fighters herding Iraqi civilians into buildings in Mosul. The plan was not to use them as human shields–that is, to announce their presence in the hope of deterring American airstrikes. Rather, ISIS was deliberately trying to ensure that American troops killed them, by “smuggling civilians into buildings, so we won’t see them and trying to bait the coalition to attack,” an army spokesman said at a briefing for Pentagon reporters. The motive, he explained, was hope that massive civilian casualties would produce such an outcry that the U.S. would halt airstrikes altogether.

There’s an important point to this story which the spokesman neglected to mention: This tactic is borrowed directly from Hamas. And it was borrowed because the world’s response to successive Hamas-Israel wars convinced ISIS that creating massive civilian casualties among residents of its own territory is an effective strategy.

Admittedly, Hamas hasn’t yet been caught on video actually herding civilians into buildings before launching attacks from them. But there’s plenty of evidence that Hamas prevented civilians from leaving areas whence it was launching rockets or other attacks at Israel, thereby deliberately exposing them to retaliatory strikes.

During the 2014 Gaza war, for instance, the Israel Defense Forces warned civilians to evacuate the town of Beit Lahiya before launching air strikes at Hamas positions. But according to Palestinian human rights activist Bassem Eid, who based himself on interviews with Palestinians in Gaza, Hamas gunmen showed up and warned that anyone who left the town would be treated as a collaborator. Since Hamas executes collaborators, that was equivalent to saying that anyone who tried to leave would be killed on the spot. Thus, faced with the alternative of certain death at Hamas’s hands, most Beit Lahiya residents understandably opted to stay and take their chances with the IDF.

There’s also plenty of evidence that Hamas deliberately launched attacks from buildings where it knew civilians were present. Just last month, for instance, I wrote about a case during the 2009 Gaza war in which Hamas directed sniper fire at Israeli troops from the third floor of a well-known doctor’s home, thereby forcing the soldiers to choose between becoming sitting ducks or shooting back and risking civilian casualties. Unbeknownst to the soldiers, Hamas was also storing explosives in the house (using civilian buildings as arms caches or wiring them with explosives is standard practice for Hamas). Consequently, when the soldiers fired at the Hamas position, an unexpectedly large explosion ensued, killing three of the doctor’s daughters and one of his nieces.

In short, Hamas repeatedly used tactics aimed at maximizing the number of civilian casualties on its own side. Yet instead of blaming Hamas for this, the world largely blamed Israel. Mass demonstrations were held throughout the West condemning Israel; there were no mass demonstrations condemning Hamas. Journalists and “human rights” organizations issued endless reports blaming Israel for the civilian casualties while ignoring or downplaying Hamas’s role in them. Western leaders repeatedly demanded that Israel show “restraint” and accused it of using disproportionate force. Israel, not Hamas, became the subject of a complaint to the International Criminal Court.

Hamas thereby succeeded in putting Israel in a lose-lose situation. Either it could let Hamas launch thousands of rockets at Israeli civilians with impunity, or it could strike back at the price of global opprobrium.

Alan Dershowitz, who aptly calls this the “dead baby strategy,” has been warning for years that unless it “is exposed and rejected in the marketplace of morality, it’s coming to a theater (or school or hospital) near you.” After all, why wouldn’t other terrorist organizations adopt a strategy that has so obviously proven successful?

Now, ISIS has proven his point: It has chosen to deliberately sacrifice civilians rather than employing the more obvious tactic of using them as human shields. Granted, the organization enjoys killing, but based on its track record, it’s also far from stupid. So if it has concluded that dead civilians are more useful than living human shields, it’s because, like Hamas, it considers this a win-win strategy. At worst, America’s reputation will be tarnished, since many people worldwide will blame it for the civilian casualties rather than putting the blame on ISIS, where it belongs. And at best, negative public opinion will force America to abandon the airstrikes altogether.

Nor is the latter hope as far-fetched as it may seem at first glance. It’s true the “dead baby strategy” never persuaded Israel to stop airstrikes against Hamas, but there’s a fundamental difference between the two cases: Israel’s citizens were under direct attack by Hamas rockets and tunnels, and in a choice between sacrificing its citizens’ lives and suffering global opprobrium, any self-respecting country would choose the latter. But ISIS isn’t launching rockets at America from Mosul; the threat it poses is far less immediate. Consequently, the incentive for America to simply back away from the fight if the civilian death toll climbs too high is much greater.

In short, by blaming Israel for civilian casualties that were actually deliberately caused by Hamas’s actions, the world ensured that other terrorist organizations would adopt a similar strategy. Or to put it more bluntly, it ensured that many more civilians would die, because terrorist groups would see a profit in their deaths.

ISIS obviously bears primary blame for all civilian deaths in Mosul. But a portion of that blame is shared by every journalist, “human rights” activist, politician and demonstrator who blamed Israel rather than Hamas for civilian deaths in Gaza–because they are the ones who persuaded ISIS that deliberately sacrificing civilians is an effective way to fight a war. 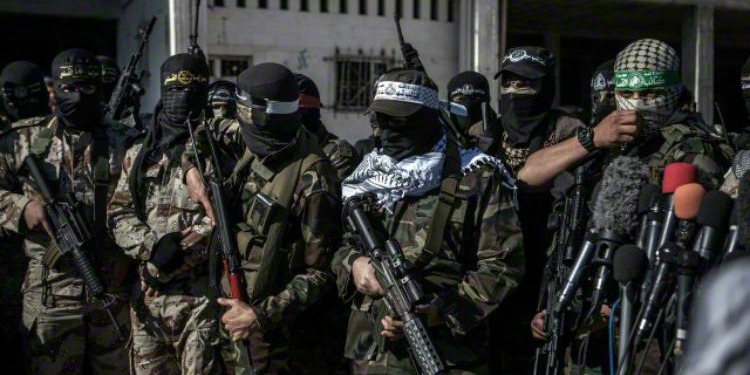