In my last post, I discussed how Palestinian culture encourages suicidal youngsters to kill by offering a simple bargain: Murder a Jew, and you instantly become a hero. While the West has long turned a blind eye to this behavior, its refusal to look reality in the face is now coming back to haunt it. For today, the Islamic State is making the very same tempting offer to distraught Muslims in Western countries–murder a Westerner, and you can instantly become a hero instead of a failure.

It’s no accident that several recent terror attacks in Western countries have been carried out by people who apparently had histories of mental illness, including Nice, Orlando, and several attacks in Germany. Nor is it any accident that the Islamic State is cultivating such people. As with many other terrorist techniques pioneered by the Palestinians, ISIS has copied this one precisely because it proved successful–and not just as a means of recruiting assailants.

This tactic also serves two other important purposes. First, it encourages an already strong Western tendency to ignore the terrorists’ true aims. I discussed this with regard to the Palestinians in my previous post; a classic example concerning the Islamic State was Kenan Malik’s op-ed in the New York Times on Tuesday. “In the past, groups employing terrorism, such as the Irish Republican Army or the Palestine Liberation Organization, were driven by specific political aims: a united Ireland or an independent Palestine,” Malik wrote. “Jihadists are different. They have little or no explicit political aim but are driven by a visceral hatred of the West.”

In reality, Islamic State is quite open about its aims: It wants to destroy the West and establish a global Islamic caliphate. Indeed, being open about its goals is part of how it attracts new recruits, just as Palestinian organizations attract support by boasting of their efforts to destroy the Jewish state. But at the same time, both the Palestinians and ISIS would prefer that the West not take their goals too seriously since, if it did, it might stop supporting the Palestinians or actually get serious about destroying ISIS.

The use of emotionally distressed recruits is an ideal way for terrorists to foster confusion about their aims because it makes it even easier for well-meaning Westerners to reassure themselves that Islamist death cults, which exploit such distress to turn people into killers, aren’t actually the problem. The real issue, they tell themselves, is mental health or social alienation.

Second, this tactic helps divide the West and turn it against itself, because it reinforces another existing tendency of many well-meaning Westerners–blaming the victim for having driven the attacker to such a dreadful deed. Westerners have been blaming Palestinian terror on Israel for years, and now, many are blaming themselves for ISIS.

A classic example of this tendency emerged the day after deadly attacks killed 129 people at the Bataclan concert hall and other venues around Paris last November. Anshel Pfeffer of Haaretz visited the 11th arrondissement, one of the neighborhoods where attacks took place and discovered that people “aren’t angry, at least not at the perpetrators.”

The terrorists are “stupid, but they aren’t evil,” a woman who works at one of the district’s theaters told him. “They are victims of a system that excluded them from society, that’s why they felt this doesn’t belong to them and they could attack. There are those who live here in alienation, and we are all to blame for this alienation.”

Some of the others blamed French or American foreign policy. But “no one wanted to talk about Islamists or the Islamic State, even after it took responsibility for the attacks,” Pfeffer wrote. “It was hard to find anyone at this gathering who would say a bad word about the attackers.”

Using assailants with a history of mental or emotional problems is an ideal way for terrorists to reinforce this tendency as well, because it enables people to focus on the assailant’s distress, and society’s failure to deal with it, rather than on the evil intent of those who incited him to kill by telling him he would thereby become a hero instead of a loser.

Yet both gambits are working for ISIS now precisely because Westerners were conditioned for decades to believe them by the way their own journalists, academics, and political leaders insistently treated Palestinian terror as Israel’s fault.

Some Westerners, like the young Parisians interviewed by Pfeffer, have so internalized this attitude that they simply transfer it to their own countries; asserting that their society, too, must be to blame for the attacks against it. Others, like Malik, perform a kind of inversion: Indoctrinated to believe that terror is the victim’s fault, yet unable to believe their own societies evil enough to merit such attacks, they resolve the dilemma by asserting that unlike Palestinian violence–which Malik deems “rational” and “governed by certain norms”– jihadist violence must be senseless than rather than purposeful. “It is the arbitrariness of jihadist violence and its disregard for moral bounds that make it terrifying,” he proclaimed (he evidently thinks murdering random civilians in Israel is well within moral bounds).

But whichever approach they choose, the one thing people like Malik and those young Parisians aren’t doing is putting the blame where it belongs: on the terrorist leaders who groom perpetrators to commit mass murder by indoctrinating them to believe that the road to glory runs through killing others.

Terror can never be defeated until Westerners recognizes the crucial role played by this glorification of murder. And that won’t happen as long as the West keeps giving it a pass among the Palestinians, for they are the ones who pioneered this culture of death and inspired all the subsequent copycats. 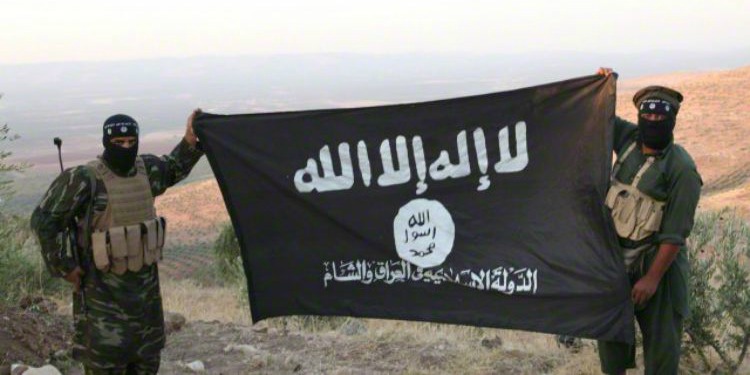