If there’s one thing that infuriates me about Israeli leftists, it’s that they spend so much time howling about nonexistent threats to Israeli democracy that they have no credibility left when they actually warn about real ones. Two controversial legislative initiatives of the past week–one a genuine problem and one a manufactured one–exemplify the problem.

The manufactured crisis, which has the entire left in an uproar, begins with the fact that the Judicial Appointments Committee is reportedly deadlocked over the choice of new justices to fill the four Supreme Court vacancies that will open next year. Justice Minister Ayelet Shaked has strongly implied that, if this impasse isn’t resolved, she will back another legislator’s bill to change the appointments system. The current system requires Supreme Court appointments to be approved by at least seven of the appointments committee’s nine members, while the bill would allow such appointments to be approved by a simple majority of 5-4.

According to liberals, this proposal is massively undemocratic. Leftist MK Shelly Yacimovich, for instance, accused Shaked of “unruly and destructive behavior … toward the justice system.” Opposition leader Isaac Herzog accused the bill’s proponents of seeking to purge “the judiciary, the media, all criticism and fair democratic processes.” A Haaretz editorial termed the proposal “another step in the trampling of the proper balance among the branches of government” and an effort to undermine the court’s ability to protect “human rights and fundamental democratic principles.” And Supreme Court President Miriam Naor, who accused Shaked of putting “a gun on the table,” announced that she and her two judicial colleagues on the appointments committee will henceforth boycott negotiations aimed at trying to end the impasse.

But here’s the incredible thing: The simple-majority system that the bill proposes was, in fact, the one in place for more than five decades. The law was amended eight years ago to require a majority of at least 7-2 for Supreme Court appointments. In other words, what the left considered a perfectly appropriate and democratic system for all the years until 2008 is suddenly a major threat to democracy.

If you actually believe the simple-majority system is undemocratic, it would mean that every Supreme Court until 2008 was appointed via an undemocratic and illegitimate process, and therefore, none of its rulings should be considered valid. In addition, since many current justices–including Naor and both her colleagues on the appointments committee–were appointed prior to 2008, they too would be illegitimate, undemocratic appointees, so all current Supreme Court rulings would also be illegitimate and invalid. Is that what the left, the court’s self-proclaimed champion, actually wants?

Moreover, legislation gets repealed all the time when it turns out that what seemed like a good idea in theory doesn’t work in practice. In this case, Shaked’s argument is that the new system has created a deadlock that’s preventing the vitally needed appointment of four new justices–more than a quarter of the 15-justice court. That’s at least arguably a serious enough problem to justify a legislative remedy. Or is the left suggesting that legislation, once passed, must remain on the books in perpetuity, even if it proves detrimental?

As it happens, I think Shaked is wrong on the merits. The amendment was sponsored in 2008 by her fellow conservative, Gideon Sa’ar, for two reasons. First, it’s simply more appropriate for Supreme Court justices to be appointed with wide support than by a narrow majority. Second, the bill’s main purpose was actually to protect conservative interests: Given the composition of the appointments committee, which consists of four politicians, two Bar Association representatives and three sitting justices, conservatives are in the minority on the panel far more often than they’re in the majority. That’s because the three justices are almost always liberals (in the sense of favoring judicial activism), while the other six seats float. Requiring a seven-vote majority thus made it much harder to appoint ultraliberal candidates during times when liberals were in the majority. And neither of these reasons has lost its validity just because conservatives now hold a temporary majority on the panel.

But the fact that I disagree with something doesn’t make it undemocratic–a basic truth that most Israeli leftists unfortunately have yet to grasp. They have a nasty habit of deeming any proposal they dislike “anti-democratic.” And in this case, as with the vast majority of what they deem “anti-democratic,” nothing could be further from reality.

The problem is that once in a great while, they’re actually right–as is the case with another bill that hit the headlines over the past week. That bill, sponsored by the government, would expand the defense minister’s powers to impose movement restrictions and other restrictions on Israeli citizens whom he deems a threat to national security or the public welfare. It’s an appalling idea (though I suspect it ultimately won’t pass), and leftists are fully justified in raising a storm about it. I only wish conservatives were doing the same.

But after years of ranting about nonexistent threats to democracy like the Shaked proposal, leftists have destroyed their credibility, with the result that most Israelis simply tune them out. It’s the old problem of the boy who cried wolf: Raise false alarms often enough and no one will believe you when a real one comes.

Israel thereby loses out twice over: Leftists tarnish its image overseas by repeatedly making false claims of anti-democratic legislation, while also destroying their ability to raise justified alarms about the occasional real problems. It’s the worst of all possible worlds. And it’s precisely why Israel desperately needs a sane, responsible left rather than the one it has. 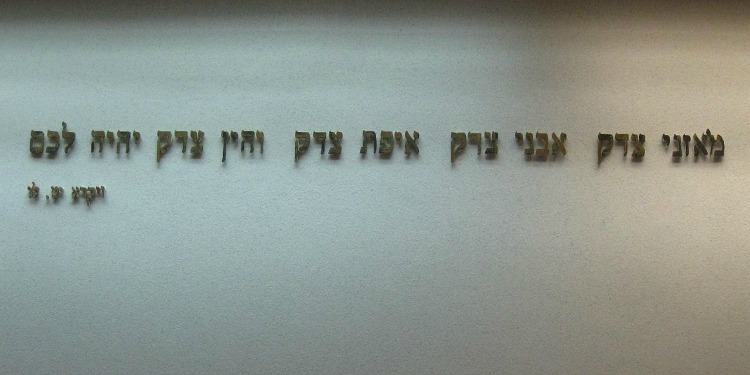