The progressive left has been revising the definition of anti-Semitism for some time. It’s already old news that it no longer considers it anti-Semitic to attack pro-Israel Jews for their Jewish identity. But this process has recently taken a new twist. Not only has the definition of anti-Semitism been narrowed to exclude attacks on pro-Israel Jews, but it has also been broadened to cover all attacks on progressive leftists who happen to be Jews, even if the attack relates solely to the target’s left-wing activism.

Consider, for instance, the uproar over the recent Hungarian campaign against George Soros, a leading left-wing activist who also happens to be Jewish. As part of his reelection bid, Hungarian Prime Minister Viktor Orban plastered the country with anti-illegal immigration posters featuring a smiling Soros bearing the slogan “Don’t let Soros have the last laugh.” Orban, who accuses Soros of funding progressive groups in Hungary that lobby for “settling a million migrants” in the country, has also called Soros himself a “billionaire speculator” and an “American financial speculator attacking Hungary.”

The campaign has outraged many people, ostensibly out of concern for anti-Semitism. The head of Hungary’s Jewish Federation protested to Orban, saying that despite not being “openly anti-Semitic,” the campaign could spark anti-Semitism. So did Israel’s ambassador to Hungary, using language which strongly implied the campaign was anti-Semitic without actually saying so, until Prime Minister Benjamin Netanyahu (correctly) ordered a retraction. A senior European Union official termed Orban’s use of “speculator” anti-Semitic. The Associated Press even ran a story in May headlined “Demonization of Soros recalls old anti-Semitic conspiracies.”

Some attacks on Soros are anti-Semitic, like when someone at an anti-refugee rally in Poland in 2015 set fire to an effigy of an Orthodox Jew which he said represented Soros. That’s classic anti-Semitism; it implies both that the real problem is Soros’s Jewishness rather than anything he did, and that all Jews are responsible for Soros’s actions.

The Hungarian campaign, however, targets Soros not for his Jewishness, which it never even mentions, but for his actions; specifically, the fact that he is one of the main financial backers of pro-immigration organizations in Hungary.

According to data provided to the Associated Press by Soros’s Open Society Foundations, he has so far donated $12 billion worldwide, of which $400 million has gone to Hungary. I doubt Hungary has many other donors providing funding of that magnitude for progressive causes (the only kind Soros funds). So if you believe it’s problematic for outsiders to pour huge sums of money into a country to promote agendas most of the country considers detrimental to its well-being—a position I sympathize with, given the damage similar tactics have caused Israel—then Soros is a legitimate target for reasons having nothing to do with his Jewishness.

Moreover, while the word “speculator” is often used as anti-Semitic code for “Jew,” in Soros’s case, it’s the literal truth. Soros didn’t make his fortune by producing better widgets. He made it by speculating on the markets, where he’s especially famous for having raked in $1 billion in a single day by betting against the British pound, thereby earning the nickname “the man who broke the Bank of England.” So if you believe that financial speculation is detrimental to society, then Soros is the ultimate embodiment of this particular economic evil. That, too, has nothing to do with his Jewishness.

In short, Soros is being attacked not for his Jewish identity, but for his actions. Yet both Jews and non-Jews have risen up to declare such criticism “anti-Semitic” solely because he happens to be Jewish. In the left’s brave new world, you can neither call a speculator a speculator nor criticize a progressive donor for his progressive donations. As long as he’s a Jewish progressive, he can’t be touched.

Now contrast this with, say, what happened at last month’s “Chicago Dyke March,” when three people carrying rainbow flags with a Star of David on them were kicked out of the march because the flag was “pro-Israel,” and therefore unacceptable at a progressive demonstration. The Star of David is the most recognizable Jewish symbol in existence and has been since long before Israel’s establishment; that’s precisely why Israel put one on its national flag. That’s also why the so-called Jewish Pride flag has a Star of David on its rainbow background—not to represent Israel, but to represent the marchers’ Judaism. As one expelled marcher said, “It was a flag from my congregation which celebrates my queer, Jewish identity.”

In other words, these marchers were expelled solely for carrying an obviously Jewish symbol at a progressive event. This is classic anti-Semitism: Jews are welcome only if they divest themselves of anything that could identify them as Jews. Yet in the progressive world, such anti-Semitism is deemed perfectly acceptable as long as you claim, like the march organizers did, that the victims were expelled for being “Zionists.” Some progressives do seem to realize that this justification can’t withstand the light of day. For the crime of airing that bit of dirty laundry, the award-winning reporter who broke the story of the Jews’ expulsion from the march was summarily removed from her reporting job at a Chicago LBGT newspaper and transferred to the sales department.

Yet in a stunning inversion, the progressive left has turned this obvious distinction on its head: Targeting people for being Jewish is no longer anti-Semitic, but targeting people for being progressive activists is. Thus instead of being a shield to protect Jews, charges of anti-Semitism have become a shield to protect leftists. And thereby, the left has completed the process of redefining anti-Semitism to its own benefit, and the detriment of the Jews. 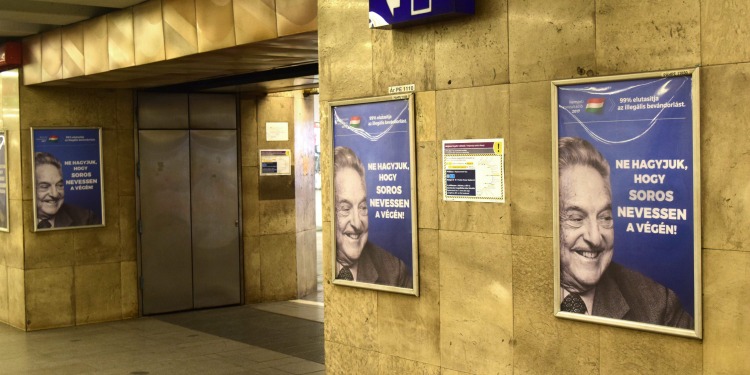