Today is Israel’s Memorial Day, which is always marked by the release of official statistics on the number of Israelis killed in wars and terror attacks. If the Trump Administration is serious about wanting to revive an Israeli-Palestinian peace process, reviewing those statistics would be a good place to start. What those numbers show is that Israel’s annual death toll from terrorism has more than doubled since it signed its first “peace agreement” with the Palestinians. And that simple fact sheds light on both why the process has consistently failed and what would be necessary to reverse this pattern of failure.

According to the official statistics, more than 3,100 Israelis have been killed in terror attacks since Israel’s establishment in 1948. The press releases don’t offer any breakdown of this statistic, but more detailed information is available on the Foreign Ministry’s website. Those numbers (located here for 1949-99 and here since 2000) show that terrorists killed 1,176 Israelis from 1949 through 1992, a period of 44 years. But since 1994, they’ve killed another 1,538 people–a significantly larger number of victims in a period just over half as long. (My tally omits the 45 deaths from 1993 because I don’t know whether they occurred before or after the Oslo Accord was signed on September 13, 1993, as well as 379 deaths from 1948, most of which took place either prior to or during the War of Independence.)

In other words, prior to the Oslo Accords, the number of terrorist deaths averaged 27 people per year. But in the post-Oslo period, terrorist deaths have averaged 66 people per year–almost two and a half times as many. And the real increase is slightly higher, because the ministry’s figures don’t include 75 soldiers killed in two wars in Gaza in 2009 and 2014, although they, too, are attributable to the Oslo Accords. Pre-Oslo, Israel didn’t fight wars with the Palestinians, because the Palestinians controlled no territory from which to launch a war.

Needless to say, this isn’t what a “peace process” is supposed to look like. Pace deals are supposed to produce peace, not to double the number of casualties. Moreover, these casualty figures show that the Palestinians have blatantly violated the one promise they made Israel in both the original Oslo Accord and every subsequent accord–an end to Palestinian terror.

In exchange for that promise, Israel made numerous tangible concessions to the Palestinians: It handed over land (to date, all of Gaza plus about 40 percent of the West Bank), released some 15,000 Palestinian terrorists from Israeli jails (not including the additional prisoners released to ransom Israelis later kidnapped by Palestinian terrorists), provided a revenue stream (about $130 million a month worth of taxes that Israel collects on the Palestinian Authority’s behalf) and solicited other countries to provide the PA with economic and diplomatic support. But the Palestinians failed to deliver the one quid pro quo they were supposed to provide in exchange: an end to terrorism. Instead, terrorism doubled. Is it any wonder that a sizable majority of Israelis have lost faith in the peace process?

No less significant, however, is why this happened. Oslo didn’t just fail to prevent Palestinian terror. By providing the Palestinians with several key attributes of sovereignty, it actually enabled it. One of the most significant concessions was the control of territory, where terrorists could arm themselves, train, and organize attacks with impunity. That’s precisely why terror in the West Bank surged dramatically in the first decade after Oslo but began falling again after the Israel Defense Forces reasserted security control over the area in 2002. It’s also why terror from Gaza rose sharply after Israel withdrew all its troops from that territory in 2005.

A corollary of this territorial control is financial control: Both the PA in the West Bank and Hamas in Gaza have independent revenue streams from taxation in the territories they govern, on top of the generous donations both receive from various foreign governments. And both have used this revenue to incentivize and/or directly fund terror. The PA, for instance, incentivizes terror by spending millions of dollars a year on paying above-market salaries to convicted terrorists in Israeli jails. The more murderous the attack, the higher the salary. And Hamas spends millions of dollars building rockets and tunnels with which to attack Israel, even as claims it doesn’t have money to pay for fuel for Gaza’s power plant, with the result that Gaza residents are down to fewer than eight hours a day of electricity.

Another corollary–one that is no less important–is control of the education system and media. Both the PA and Hamas use their schools and media outlets to indoctrinate their children to believe that Israelis are evil people with no connection to the land and no rights to a state. To quote the textbook monitoring organization Impact-SE, Palestinian textbooks promote the “demonization of Israel and Jews, including the characterization of Israel as an evil entity that should be annihilated.” These messages are then reinforced, as Palestinian Media Watch has demonstrated, by “educational” programs on official Palestinian television stations that demonize Jews as “monkeys and pigs,” “enemies of Allah,” the “most evil of creations,” and so forth. Such indoctrination obviously encourages anti-Israel terror.

Thus, absent a real change in the way both Palestinian governments educate their children, spend their budgets and otherwise utilize their governmental powers, any further Israeli territorial cessions would lead to nothing but more bloodshed. Consequently, any “peace process” worth the name must focus on producing such changes, rather than sticking to the old, failed pattern of simply demanding ever more Israeli concessions.

Granted, extorting more Israeli concessions takes a lot less time than changing Palestinian attitudes. But the former has yet to produce anything but more names on the annual Memorial Day rolls. The latter might have a chance of someday producing genuine peace. 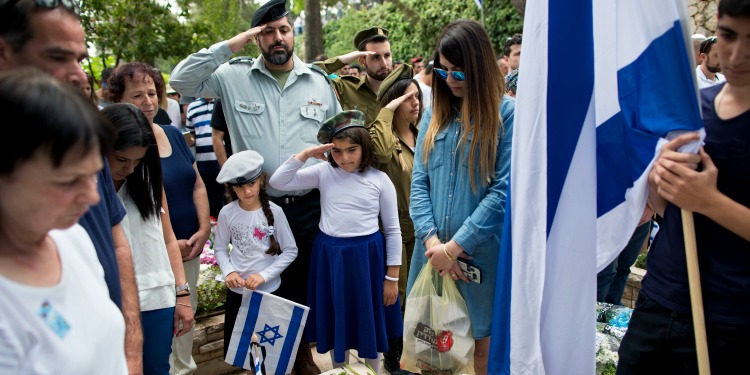