Reuters has finally noticed what Israeli papers have been reporting for a while: West Bank refugee camps are seething. And unlike in the past, when most of the anger was aimed at Israel, “These days most of the wrath is aimed at [Palestinian Authority President Mahmoud] Abbas himself and his failure to keep his promises.” Western observers are watching anxiously, Reuters says, because they fear an eruption of violence. But they ought to be watching for another reason: Nothing casts more doubt on the wisdom of the West’s drive for Palestinian statehood now than the PA’s treatment of the refugee camps over its 22 years of existence.

Nevertheless, there are many things Israel didn’t do, and the refugee camps are Exhibit A. Granted, Israel left the camps intact mainly because its one attempt to provide refugees with better housing back in the 1970s elicited such brutal opposition from the PLO–which threatened to kill refugees who accepted the offer–that it backed down. But regardless of the reason, the refugee camps are precisely the kind of open sore that Palestinian statehood is theoretically supposed to solve.

In reality, however, the PA has done nothing for the refugees. More than two decades after the PA’s establishment, the refugees’ schooling, healthcare and welfare allowances are still provided and funded wholly by UNRWA, the UN agency created especially for this purpose. Or, to be more precise, by the Western countries that fund most of UNRWA’s budget. Nor has the PA moved a single refugee into better housing. And this isn’t because Israel has somehow prevented it from doing so; most of the refugee camps are located in Area A, the part of the West Bank under full Palestinian control. It’s because the PA has no interest in doing so. As one resident of Balata, a refugee camp near Nablus, complained to Reuters, “The president [Abbas] hasn’t visited even once”–despite being in the 11th year of his four-year term.

Moreover, this neglect is quite deliberate: The PA doesn’t see the refugees as citizens to be served, but as a weapon aimed at Israel. They are kept in miserable conditions for the express purpose of creating sympathy for the Palestinian demand that they all be relocated to Israel, thereby eradicating its Jewish majority. And you needn’t take my word for that; as I’ve noted before, Palestinian officials have said quite openly that the refugees will never be granted citizenship in a Palestinian state–not even those already living in the West Bank and Gaza, the putative territory of this state.

Most of the arguments for creating a Palestinian state have long since proven false. The idea that such a state would bring peace to Israel, for instance, has been disproven not only by the upsurge in terror from every bit of territory Israel has handed over to Palestinian control to date, but also by the PA’s utter unwillingness to recognize that Jews have any right to a state even within the 1967 lines.

Similarly, the idea that the Palestinian-Israeli conflict is the main source of Mideast instability has been amply disproved by the meltdown of several Arab countries over the last few years, none of which had anything to do with Israel or the Palestinians.

But even with all those theories disproven, the basic desire one Balata resident expressed to Reuters–“We want dignity, we want better lives”–understandably resonates with most Westerners. And many believe this alone is sufficient justification for demanding Palestinian statehood now.

Except that a Palestinian state won’t provide that either, as the past 22 years have shown. The refugees will still be deprived of better lives, ignored by their own government, stuck in squalid refugee camps, dependent on Western charity for their healthcare, welfare and schooling, and subject to all the abuses of Abbas’s dictatorial government. As one Balata resident commented, “We don’t let the Palestinian Authority in because they will take us, torture us.”

In other words, Palestinian statehood now won’t solve a single problem, but assuredly will create a lot of new ones. If you doubt that, just consider the three wars Israel has fought with Hamas-run Gaza in the 11 years since it unilaterally withdrew from that territory. As long as Palestinians refuse to accept the Jewish state’s right to exist, an Israeli withdrawal from the West Bank would almost certainly produce constant warfare just as the Gaza withdrawal has. And a Palestinian state at war with Israel will inevitably be a failed state, given the combination of Israeli military strength and Palestinian economic dependence on their larger, wealthier neighbor.

Thus, instead of continuing to push for the imminent creation of a Palestinian state, the West would do better to focus on the hard, slow work of educating Palestinians to come to terms with Israel’s existence. Demanding that the PA finally dismantle those refugee camps and take responsibility for their residents off UNRWA’s hands would be an excellent place to start. 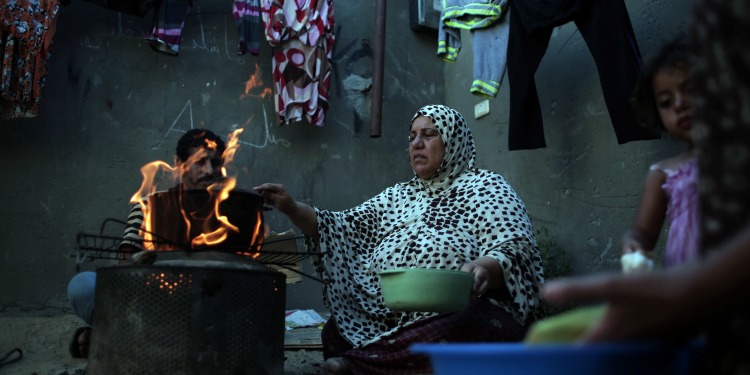