This omission isn’t unprecedented, but it is unusual; most U.S. presidents have included the Israeli-Palestinian issue in their annual UN addresses. And it seems especially surprising for a president who has repeatedly declared Israeli-Palestinian peace to be one of his major foreign policy goals.

Yet the omission is perfectly consistent with Trump’s approach to the peace process to date, which has differed markedly from that of all his predecessors in one crucial regard: He appears to be trying to apply serious pressure to the Palestinians rather than only to Israel.

Take, for instance, his administration’s consistent refusal to say that the goal of the peace process is a two-state solution. Since efforts to achieve a two-state solution have repeatedly failed for almost 25 years now, it makes obvious sense for anyone who’s serious about trying to solve the conflict to at least consider whether this is really the most workable option. But even if, as seems likely, the administration actually does believe in the two-state solution, refusing to publicly commit to it serves an important purpose.

That’s because insisting that the end goal be a Palestinian state is a major concession to the Palestinians—something that has unfortunately been forgotten over the last quarter century. After all, throughout Israel’s first 45 years of existence, there was almost wall-to-wall consensus among Israelis that a Palestinian state would endanger their country. Even the 1993 Oslo Accord included no mention of Palestinian statehood, and the man who signed it, Prime Minister Yitzhak Rabin, asserted in his final address to the Knesset in 1995 that he envisioned a “Palestinian entity . . . which is less than a state.”

The same goes for Trump’s refusal even to mention the Palestinians in his UN speech. When former Secretary of State John Kerry repeatedly insisted that the Palestinian-Israeli conflict is the world’s most important foreign policy problem (a message routinely echoed by European diplomats), that gave the Palestinians tremendous leverage. Since they have always been the more intransigent side, the easiest path for any broker to follow is to simply support more and more Palestinian demands without requiring any substantive Palestinian concessions in return and then try to pressure Israel into agreeing. Thus, if world leaders are desperate to resolve the conflict, they will naturally tend to take that easy path in the hope of producing quick “achievements,” which is, in fact, what has happened over the last two decades. The result is that the Palestinians have concluded they can keep getting more simply by continuing to say no.

In his UN speech, Trump sent the opposite message: There are a lot of important foreign policy issues, like North Korea and Iran, and the Palestinian issue is so trivial by comparison that it doesn’t even merit a mention. In other words, though Trump would like to broker a peace deal, it isn’t necessary for America’s own interests. And therefore, it’s only worth investing time and effort in it if Palestinians and Israelis are both actually ready to deal, which means the Palestinians will have to be ready to finally make some concessions.

There are ample grounds for skepticism about whether Trump’s approach will work; based on the accumulated evidence of the last quarter century, I consider it far more likely that the Palestinians simply aren’t interested in signing a deal on any terms. Nevertheless, there is a plausible alternative theory. Perhaps Palestinians keep saying no simply because doing so has proven effective in securing more concessions. And if that’s the case, then reversing this perverse set of incentives by telling them they stand to lose from intransigence rather than gain by it could actually be effective.

Whether he succeeds or fails, Trump deserves credit for trying something new. Given the failure of his predecessors to achieve peace, only State Department bureaucrats could imagine that doing the same thing one more time would somehow produce different results. 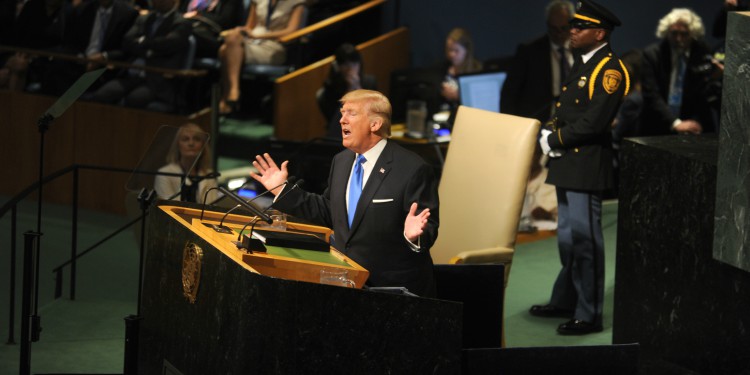