The growing divide between Israeli and American Jews was a major topic of conversation at this week’s annual meeting of the Jewish Federations of North America. It was also the topic of a lengthy feature in Haaretz, which largely blamed the Israeli government. Inter alia, it quoted former U.S. Ambassador to Israel Daniel Shapiro as saying, in reference to that majority of American Jews who identify as non-Orthodox and politically liberal, “There is an idea that has some currency in certain circles around the Israeli government that says, ‘You know what, we can write off that segment of American Jewry because in a couple of generations their children or grandchildren will assimilate.’”

I agree that the idea of writing off this segment of American Jewry has some currency in Israel. But in most cases, it’s due less to fantasies about liberal Jews disappearing than to a belief that Israel will have to do without them whether it wants to or not, because liberal Jews can no longer be depended on for even the most minimal level of support. And by that, I don’t mean support for any specific Israeli policy, but for something far more basic: Israel’s right to be heard, by both Jewish and non-Jewish audiences.

Nothing better illustrates this than recent decisions by two campus Hillels to bar mainstream Israeli speakers from addressing Jewish students. At Princeton, it was Israel’s deputy foreign minister, Tzipi Hotovely, and at Stanford, it was a group of Israeli Arab veterans of the Israel Defense Forces. I can understand Hillel refusing to host speakers from the radical fringes. But how are Jewish students supposed to learn anything about Israel if campus Hillels won’t even let them hear from representatives of two of the country’s most mainstream institutions – its elected government and its army?

American Jewish rabbis and lay leaders obviously have the right to disagree with Israeli policies. But how is any relationship possible if one side won’t even allow the other to be heard? Gagging and boycotts Israel can get from its enemies; it doesn’t need American Jews for that. So if Israel can’t even rely on them to enable interested students to be exposed to mainstream Israeli views, what exactly are they contributing to the Israel-Diaspora relationship? And why, under these circumstances, should Israel have any interest in accommodating their concerns about, say, prayer arrangements at the Western Wall?

Moreover, consider who did step in to allow the Princeton and Stanford speeches to take place as planned – the Orthodox Chabad movement, which, on both campuses, volunteered to host the speakers on very short notice. If Orthodox groups are the only ones in America these days even willing to provide a venue for Israelis who deviate from progressive orthodoxy, why wouldn’t Israel give greater weight to Orthodox views than non-Orthodox ones?

Nor is this problem limited to college campuses. The most salient example – one worth revisiting precisely because both sides consider it a turning point in the relationship – was the dispute over the Iranian nuclear deal.

Given the almost wall-to-wall Israeli consensus that the deal was dangerous (despite deep disagreements over how best to oppose it), many Israelis felt no less betrayed by American Jewish support for the deal than many American Jews felt when Israel reneged on the Western Wall compromise two years later. As former Israeli Ambassador to the U.S. Michael Oren told Haaretz, “We went to American Jews and told them that the Iran deal endangers 6 million Jews in Israel, and that it’s not an American political issue, but rather, a matter of Jewish existence, and I don’t need to tell you what happened.” Indeed, absent that sense of betrayal, I suspect Prime Minister Benjamin Netanyahu might have been more willing to rebuff ultra-Orthodox pressure over the Western Wall.

But policy disagreements I can accept, even on issues of existential importance. What I found far more troubling was liberal American Jews’ reaction to Netanyahu’s efforts to lobby against the deal, which Haaretz reporter Judy Maltz accurately described as follows: “Considering that 70 percent of American Jews had voted for Barack Obama, Netanyahu’s efforts to lead a revolt against him were seen by many in the Jewish community as unconscionable.” Indeed, many prominent American Jews vociferously objected to Netanyahu’s speech to Congress against the deal, using terms like “humiliated” and “angered” to describe their feelings. Yet somehow, I haven’t heard a word from them against European leaders’ efforts today to lobby Congress to defy President Trump and preserve the deal.

In short, many liberal American Jews didn’t just oppose the Israeli government’s policy, they even objected to the government’s efforts to publicly advocate for its chosen policy. Effectively, they declared that Israel had no right to make its views heard in America if doing so discomfited them.

Many liberal Jews remain staunch supporters of Israel. Yet the ranks of the Roths and Kirschners seem to be growing every year. And though Israel and Diaspora Jewry can survive disagreements about policy, if liberal American Jews aren’t even willing to hear what Israeli Jews think, and provide a platform for others to hear it, the relationship will be over. I continue to think that would be tragedy. But you cannot have a relationship with people who don’t even acknowledge your right to speak – even if those people are your family. 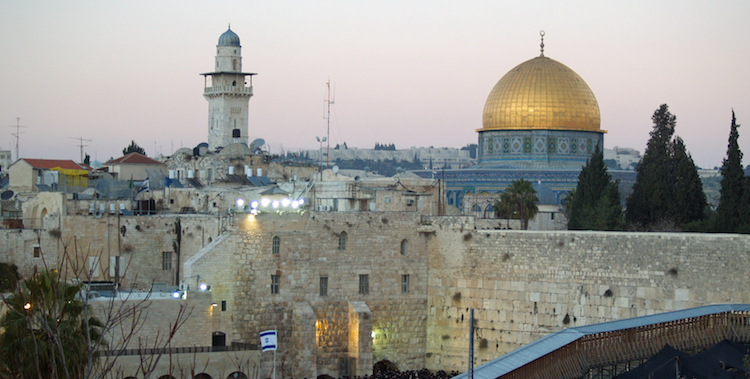