Rep. Adam Schiff explained the rationale for the House’s impending impeachment charges thus: Not to act now would be to let Donald Trump “cheat in one more election.”

Excuse me? Didn’t Robert Mueller spend two years conducting an exhaustive investigation into the charge that the Trump campaign colluded with Russia and found no evidence of it? Yes, he did. Yes, that was his finding. The investigation “did not establish” any 2016 conspiracy between Trump and Russia. Trump did not “cheat.”

The only unresolved questions in the Mueller report involve the degree to which Trump might have obstructed justice by interfering with the Mueller investigation. Mueller dodged coming to a conclusion on this matter by saying he relied on precedent in thinking he could not indict a sitting president.

But the House operates under different rules. And given that one of the two House impeachment articles is about obstruction—based on Trump’s refusal to allow executive-branch documents to be released to the House and for some executive-branch personnel to testify—it might have made sense for Schiff and others to have brought in Part 2 of the Mueller report as supporting evidence of a kind.

But that is not what Schiff did. He didn’t use Part 2 of the report. Instead, he made a mockery of Part 1. He went dirty. He ignored Mueller’s findings. And he made it seem as though the purpose of the impeachment was to prevent Trump from doing something a second time that he didn’t do the first time.

The general tenor of the conventional discussion of this Month of Impeachment is that Republicans and conservatives have circled the wagons and, in a uniquely unprincipled way, said whatever they needed to say to defend Trump when the testimony clearly shows he did something wrong in relation to Ukraine.

Well, Adam Schiff just justified impeachment on the basis of a false charge he has every reason to know is false. I await the media outrage. 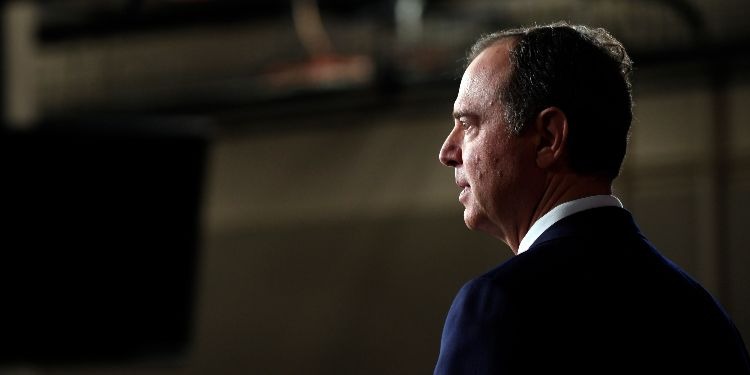