Say this for Barack Obama: He’s got range. Last week, he was laughing with Jerry Seinfeld on his web series, “Comedians in Cars Getting Coffee.” Yesterday tears of anger fell from his eyes in the White House as he spoke about new gun-control measures — and he made sure the photographers saw him wipe his cheek. He’s like a pitcher with a fastball and a curve. The man can do comedy and drama. His future in Hollywood is limitless.

This is not to say his tears were entirely phony. There isn’t an issue in America today that can compare to guns when it comes to generating heated righteousness on the parts of those who seek to impose greater controls on them. The president is one of them, and his anger is surely genuine. He was also thinking about the murder of 20 first-graders in Connecticut in 2013 when he spoke, which on reflection could bring tears to anyone’s eyes. But the giveaway that this was a performance was that very exaggerated brushing of his own cheek.

Look, all presidents are performers now. They have to be. It’s what the job has demanded ever since television ended the test-pattern era and began broadcasting 24 hours a day. Bill Clinton was humorless and defensive when he took office in 1993; by 2000, he had the chops of a master comedian. George W. Bush was a master underplayer; you never saw the work.

Obama has, of course, taken this to an entirely new level. In his speeches, he echoes the cadences of a news anchor. When he sat with Jon Stewart, he was so relaxed and informal Stewart felt it acceptable to call the president of the United States “dude.” Last month, for reasons that elude me, he did a turn on an outdoors reality show with a man named Bear Grylls. And then, of course, there he was, sitting in a car with Seinfeld on the White House grounds.

The president has only a year left in office. And despite a compelling presidential race that is already more interesting than the one that brought him to the White House, he clearly intends not to go to quietly into that good night. No, he will cry, cry against the dying of the light. 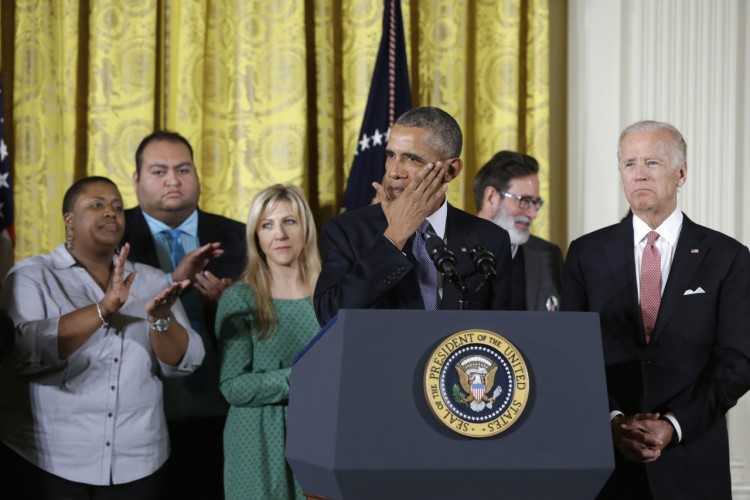