I can’t believe I’m writing this after the administration has been in office for 26 days, but here goes. The idea that Donald Trump is now inexorably on a path to impeachment has taken almost gleeful hold in the wake of the Michael Flynn resignation among liberal elites and anti-Trumpers generally—and everybody better stop and take a deep breath and consider what might arise from this. This isn’t fire we’re playing with, it’s a nuclear war.

That Trump might somehow be deus-ex-machina-ed out of public life has been a consistent feature of the past 20 months. He won’t run gave way to He’s only in it for the publicity to He only wants to show Obama he’s not to be trifled with but he doesn’t want to be president so he’ll drop out to We’ll deny him a first-ballot victory at the convention and then the party pooh-bahs can take over and find a new candidate to His poll numbers are so bad he’ll quit and let Mike Pence run against Hillary to The Access Hollywood tape will finally do him in…and then he won. Now that he’s president, the question I’m asked constantly is “will he serve out his first term.” The wish is father to the hope here; only the vilest and most monstrous of crimes has led to a negative answer to that question (save in the case of the first President Harrison, who caught a cold from not wearing a coat on Inauguration Day in 1841 and died a month later). No one has ever willingly or voluntarily given up the presidency.

The dream of his self-willed departure is just that—a dream. Which then leads to the question of whether his behavior or choices or emoluments will lead to his impeachment and removal from office. Remember, impeachment is not removal. It is an indictment of the president, brought about by a vote of the House of Representatives, which then refers the case to the Senate. The Senate tries the case and can only remove the president from office with a two-thirds vote.

Presidents have twice been impeached (Johnson, Clinton) and neither was removed. Nixon resigned but that was to avoid his impeachment, which would surely have led to his removal.

Let’s play with this scenario for the moment. The only way Trump will be impeached—by a Republican House!—is if there is unshakable, inarguable, and (forgive me) unimpeachable evidence that he has committed a crime as president. The Constitution requires this, actually; he must be accused of treason, bribery, or other high crimes or misdemeanors. He has to have done something specific. He must, in effect, be charged. How on earth could this happen when Republicans hold a 50-seat majority in the House? Even if he mugs an old lady on Pennsylvania Avenue, it’s hard to see that happening sheerly as a matter of politics unless something catastrophic happens to his poll numbers. By which I mean, he needs to have become so overwhelmingly unpopular already that Republicans in the House who come from districts Trump won need to know that their constituents will not punish them for voting to impeach.

And even so—even so—unless the evidence is beyond question and beyond all argument, this is an incredibly dangerous thing for people to be speculating about openly. Already pro-Trump voices on the right are calling the leaks that led to Michael Flynn’s firing evidence of an attempted coup d’etat. The fevered use of such terms is part and parcel of the way in which social media amplifies the melodrama of daily news stories.

I am myself unnerved by the evidence of high-level lawlessness in the Flynn matter, but a “coup d’etat” refers specifically to a military ouster of a leader, not a leak-driven campaign using the press to nail someone. This is sure to persist, though, if the Flynn-Russia matter accelerates—and if the reluctant House and Senate do begin investigating the matter in earnest. If the language surrounding the investigation remains florid and purple, if Democrats try to please their Trump-hating constituents by screaming impeachment and liberal media tries to garner audience by jumping openly and vociferously on the bandwagon, the Trumpians will respond in kind by stirring the pot through their media and their argumentation.

This is not a fantasy. This is one possible future. And every rational person who cares about the future of the country should be mindful of it, and should work to forestall it. 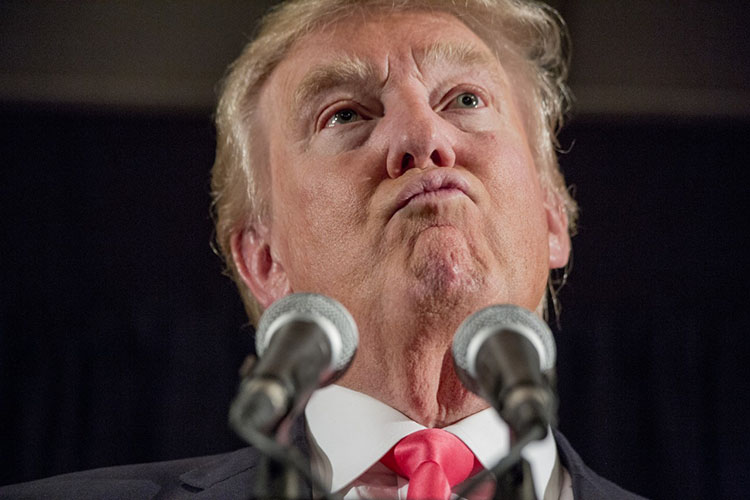