The astounding news last night was that Donald Trump’s campaign had $1.8 million in cash on hand—roughly 40 times less money in the bank than Hillary Clinton’s campaign, and an amount that would be minimally acceptable for, say, a contested congressional race in a mid-size state. If anything—anything—can encourage a revolt at the Republican convention against Trump, this is it. For what it says to political professionals is something so simple my grandmother would have been able to sum it up in a few words: As a politician, Trump is a lazy good-for-nothing bum.

Fundraising is the chore of American politics. It’s tiresome, repetitive, grueling work. Some people like chores. They are good at them and take pleasure from them, but most don’t—and yet, they do it anyway. You may not like the fact that politicians raise money or spend so much time at it, but trust me, they don’t like it all that much either. They do so because American politics has a dynamic to it. You need to run negative ads against your rival because your rival is going to run negative ads against you, and you need to neutralize your rival’s.

You need to run positive ads to define yourself to the voter because the media is not going to do it the way you think it needs to be done. You need to spend a lot of money on getting out the vote because you can be sure the other team is going to do the same, and a rival organization’s ability to turn out 1,000 people more per county in the 11 or 12 battleground states that will decide the election will be the difference between a narrow loss and a narrow win.

Trump’s claim is that he doesn’t need money because he gets attention. Yes—so much attention that in the primaries he blew away the more conventional candidacies that spent money in conventional ways. But he was up there against eight or nine unfocused rivals. Now he’s up against one and, as it happens, Hillary Clinton is also one of the most famous and controversial people in America. His advantage is neutralized. And when your advantage is neutralized, you need to bolster those areas in which you do not have an advantage. To do that, you need to raise and spend money. And he’s not doing that because he doesn’t want to.

Trump’s decision to sit in his skivvies in Trump Tower and phone into the Fox News Channel when he’s not on the road at big rallies making jokes about how Elizabeth Warren is or is not Pocahontas is, to people who take the art of practical politics seriously, definitive proof that he is a dilettante who has managed to bluff his way into the highest-stakes political game in the world.

Now there’s no more bluffing. Now there are actual contests. There’s a contest of ideas, and if the polling is to be believed, he and Hillary are close to being a wash with the general electorate when it comes to the matters on which he crushed his Republican rivals in the primaries. There’s a contest of practical skills, when it comes to figuring out whom to target to get the votes needed and where. That takes a huge amount of money to be spent on the data analytics Trump pooh-poohs and old-fashioned bell-ringing and community organizing. Here he’s so far behind there’s almost no way he can possibly catch up.

Trump doesn’t feel like raising money. Fine. He made a big point of the fact during the primaries that he didn’t have to, that he’s worth $10 billion, that he can and will self-fund. But he isn’t worth $10 billion, he can’t self-fund, and clearly, he won’t. Indeed, what self-funding he has done thus far has a reflexive quality; it appears from his Federal Election Commission filings that a considerable portion of the tiny amount of money his campaign is raising is going back to the Trump Organization to pay for Trump facilities used in the course of his campaign.

These numbers are so disastrous that they mean it would be nothing less than malpractice for Republican delegates not to consider seriously the possibility of ditching Trump at the convention. If he doesn’t revolutionize his campaign. It’s at this point that prudence should dictate caution on my part. I should say no one thought Trump would win the nomination and he did, so maybe he knows things I don’t know. Maybe he’s going to prove that spending hundreds of millions of dollars is unnecessary if you have the right message and he can, therefore, change politics forever for the good.

OK, I said it. Now here’s the truth. He’s losing by six or seven points now, before the Hillary deluge. He isn’t ahead in a single state Barack Obama won in 2012, which means without an alteration in the playing field, Hillary is on track to receive at least 332 electoral votes (she needs 270 to win). How’s he going to alter the playing field? With a hat? With a taco bowl? With an insulting name for her running mate? 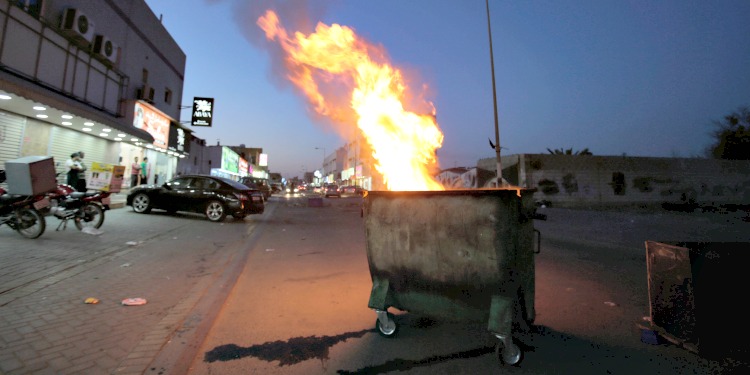