No sense pretending: Donald Trump is the only news of the 2016 race, and this fact says something very troubling about the Republican party, the conservative electorate, the mass media culture, and the United States in general. Sounds like an exaggeration, but it’s not. Really it’s not.

Ted Cruz goes to war with the GOP Senate leadership; Hillary Clinton proposes the highest tax rates in 70 years; Marco Rubio goes after John Kerry on the Iran deal in a Senate hearing. Well, big deal. Phffft. They’ve all been crowded out by the Trump noise. There will be the first Republican debate in ten days. It’s the most important political event of the year thus far. And it will be all about Trump. He will see to that; the reporters will see to that, and the minor candidates looking to move up will see to it by trying to pick fights with him and best him.

It’s not enough to say that there are matters of deathly seriousness to be discussed, from Iran to ISIS to the possible collapse of the Euro and the Chinese economy to the harvesting of fetal organs, because there are always serious matters to be discussed as elections approach. The issue with Trump is that his approach can only be called “the politics of unseriousness.” He engages with no issue, merely offers a hostile and pithy soundbite bromide about it. He yammers. He describes how wonderful things will be when he acts against something or other without explaining how he will act, what he will do, or how it will work.

The Trump view, boiled down: They’re all idiots and I’m very rich and I know how to do things and if you say Word One against me I will say something incredibly nasty about you and who cares about how the Senate works or the House works or international alliances work or how treaties work or how anything works. That stuff is for sissies and losers and disasters. I know how to do it I me me me I me me I I me. And me. And I.

Politics and megalomania go hand in hand — otherwise, why would the ancient emperors have had someone whispering “Caesar, thou art mortal” in their ears as they paraded triumphantly through Rome to remind them they were not gods? To take one random example, Ed Koch, a very good politician indeed and one who did very good things, spent the last 20 years of his life literally incapable of speaking a sentence that was not in the first person. When I made a close study of the presidency of George H. W. Bush for my first book, Hell of a Ride, I discovered to my amazement that his speeches too were remarkably self-referential and his policies often came down to a kind of “what should a person like me in this situation do” rather than representing a serious grappling with the issues at play. In that book, I called Bush’s time in the White House a “solipsistic presidency,” and the charge still stands.

Trump is something different. He is not a politician whose success has turned him into a megalomaniac, but a megalomaniac who has decided to play politician for a while the way he played being a reality television star for a while. He’s free to do this, of course.

The problem is not with him. The problem has to do with his reception. He is garnering support that may actually be real, and may actually change the course of the 2016 election — and, therefore, American history — through nothing more than blowhardism.

Efforts to figure out how to coopt him and his issues on the part of other Republicans are doomed to failure because it’s not the message that people are attracted to; it’s the messenger. Or, if it is the message, it is a message that cannot be coopted because it is little more than a vile expression of open hatred toward Mexicans in a country where people of Mexican descent make up 11 percent of the electorate. For those who want Trump because of it, anything less than his defamation will strike them as the castrated bleating of what they have started to call a “cuckservative.”

And while happy talk (some of which I’ve indulged in myself) may dismiss Trump as this year’s flash-in-the-pan like the 2012 Republican also-rans, right now he’s more likely a version of Ross Perot in 1992 — the man who got Bill Clinton elected. Perot managed to convince people he was only in it to talk about the deficit and the national debt when it was probably more the case he was running out of a long-standing personal animus toward George H.W. Bush and a desire to deny him the presidency based on an imagined slight. Trump doesn’t even have a real issue to bring in Democrats and Republicans dissatisfied with their choices. Trump is Trump’s issue.

These are unhappy times in the United States, and unhappy times generate unhappy political outcomes. Last week I made the case for despair following the Iran deal. I know people always want commentary that offers a path forward, a way out of trouble, a hope for something better. Sometimes, though, you just have to sit back and despair at the condition of things, and maybe from the despair some new wisdom may emerge. 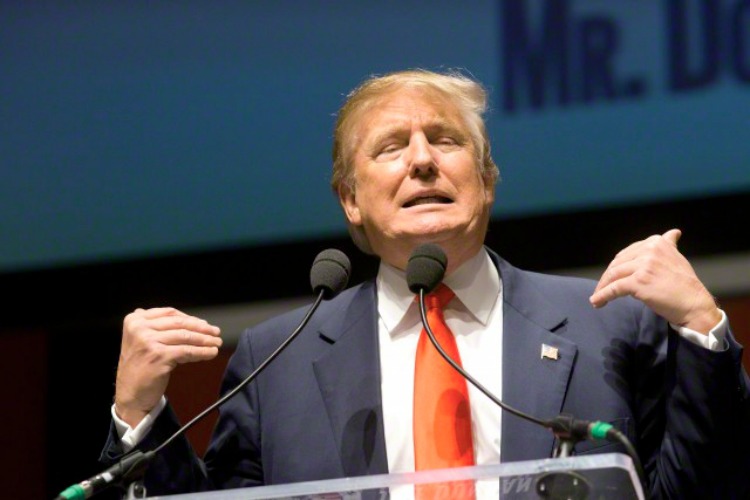