The general line about the Trump speech is that it was very dark. That misses the true import of the speech, which is that it was astoundingly utopian and full of promises and guarantees that he will almost certainly be unable to fulfill.

Conservatives and Republicans made hay for eight years about the Obama rhetoric that his victory in the Democratic primaries was the moment history would record the oceans would recede. Well, consider this from Trump: “We will bring back our jobs…We will bring back our wealth. And we will bring back our dreams. We will build new roads and highways and bridges and airports and tunnels and railways all across our wonderful nation. We will get our people off of welfare and back to work, rebuilding our country with American hands and American labor….We stand at the birth of a new millennium, ready to unlock the mysteries of space, to free the earth from the miseries of disease, and to harness the energies, industries and technologies of tomorrow.”

And we will “unite the civilized world against radical Islamic terrorism, which we will eradicate from the face of the Earth.”

So: Jobs. Wealth. Roads. Highways. Bridges. Airports. Tunnels. Railways. Off welfare. Unlocking the mysteries of space. Freeing the earth from the miseries of disease. And the utter eradication of radical Islamic terrorism.

Dreams. He will bring back dreams. 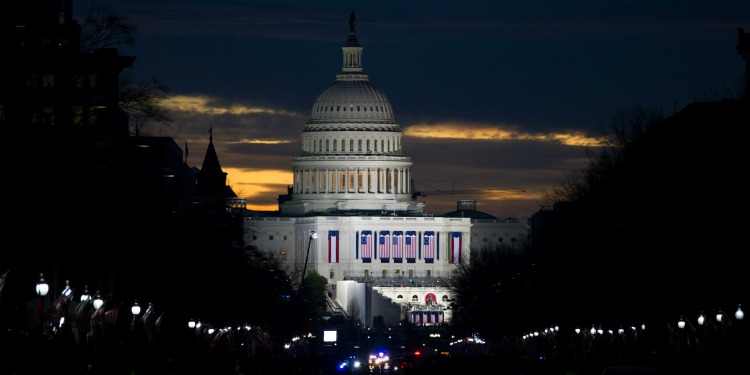