Cuba was a nation of 7 million people when Fidel Castro took it over on New Year’s Eve 1960, and with a tiny economy—although its economy was one of the strongest in Latin America. So why did this tin-pot totalitarian become one of the most important, most destructive, and most evil leaders in the world for more than half a century?

First, it emerged in the first year of Castro’s reign that Cuba was a client state of the Soviet Union and, since it sat 90 miles from Miami, an island of casinos and sugar suddenly posed both a tactical and strategic military risk to the continental United States. This wasn’t a matter of paranoid fantasy. It had only been 18 years since the near-destruction of the Pacific fleet in Pearl Harbor, which was American territory but not (obviously) attached to the continent—a wound as fresh, if not fresher given the sheer size of what was to follow, than 9/11 is to us today. More important, the various protocols and theories governing the Atomic/Nuclear Age designed to prevent the outbreak of a hyper-destructive war had yet to harden into place. (To give you one example, the most important early effort to imagine and plan against such a thing, Herman Kahn’s On Thermonuclear War, was published after Castro’s takeover in 1960.)

The idea of an active enemy whose patron possessed nukes was terrifying, so much so that the inconsequential island became one of the two central foreign-policy concerns of the Kennedy administration and the epicenter of the most confrontational moment between the U.S. and the Soviet Union in the 45-year history of the Cold War. After Kennedy’s assassination, which was directly related to his Cuba policy, Cuba would never again play so key a role in American life or foreign policy—but Castro himself would serve both as an example for and a tool of the export of communism to the Third World, and a disruptive force throughout the Americas specifically.

Second, Castro mattered because he was an enemy of the United States—and as such quickly became the darling of intellectual and ideological forces in the West who actively wished harm on the United States. In their hunger to celebrate any counterexample to the American experiment, these haters of liberal freedoms turned a blind eye then (and, in the case of British Labour Party leader Jeremy Corbyn, continue to turn a blind eye now) to the Gulag nation Castro was systematically constructing. As long as he was a foe of the United States, he was a hero to them.

Their despicable apologetics for totalitarianism will be studied in the future the way bacteria and viruses are studied, to break down their workings and come up with treatments and vaccines to prevent them from ever infecting the world’s body politic again.

As for Castro himself, today is a day to wish devoutly that there is a Hell. 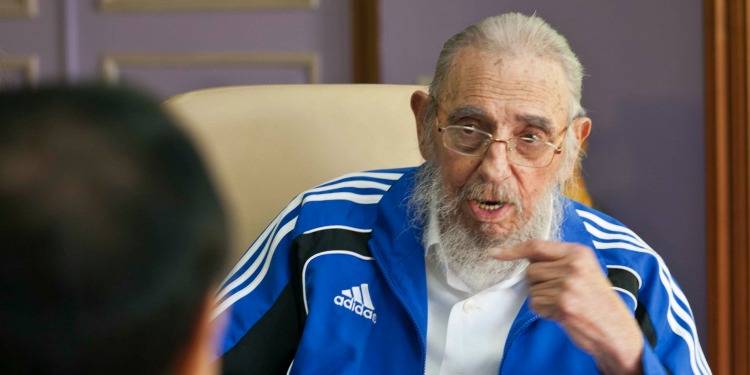