Irving Kristol told this story about his courtship of his wife Bea—they met and they knew and he asked her what she wanted in life and she said she wanted to publish ten books. They married. When I heard Irving relay this story, they were both in their eighties, and he proudly announced that she had just published her tenth. In 2017, when she was an astounding 95 years old, Bea Kristol—better known as Gertrude Himmelfarb—published her sixteenth. That number does not include the eight books on which she served as an editor. When she told Irving of her ambition, Bea was 20 years old. She died on Tuesday at the age of 97.

She was small and slight, Bea was, and in her very person served as proof that being formidable has nothing to do with height or bulk. She was, in all settings, utterly and completely herself, and her steely blue eyes were the windows to a brain of astonishing capacity and a spine of iron. A no-nonsense type of person she was; I’ve never met anyone with a greater disdain for bullshit of any kind. She was a believer in, indeed maybe the foremost American intellectual expostulator, of the highest of human sentiments—the ones that come in tandem with a deep reverence for tradition. But she disdained sentimentality; she rolled her eyes at grandiloquent pronouncements whose purpose was to demonstrate the pronouncer’s nobility of character. Her life’s work was dedicated to the proposition that true character is expressed in doing—and that the greatest intellectual flaw is the one that confuses thinking or feeling for moral action. Her deep study of the writers and thinkers of Victorian England had a dual virtue; their work became her great subject and she learned from them how to write prose that was always limpid and often gorgeous.

You could not do better in getting an education in the work of Gertrude Himmelfarb than in reading the essays she published in this magazine, beginning in 1948. We’ve collected links to them here. Yuval Levin has written a brilliant exegesis here that explains Bea’s journey from being a historian of moralism to becoming a moralist herself.

She was a proud Jew and a proud American; American Jewry should be proud to have produced such an extraordinary and exemplary scholar and sage. What a life she led! May Bill and Liz and their spouses and their children and great grandchildren be comforted among the mourners of Zion and Jerusalem. 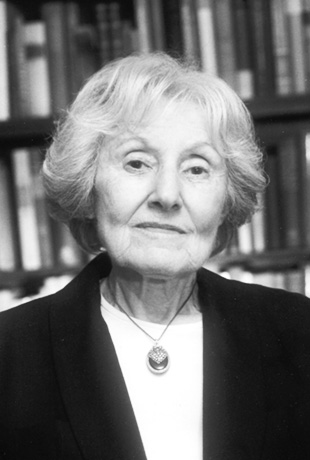