So I spent the day reading What Happened, Hillary Rodham Clinton’s simultaneously interesting and dreadful book about the 2016 campaign.

First, let us dispense with the ludicrous idea that she shouldn’t have written or published it, which was bandied about last week on social media by worried Democrats. First, she probably didn’t actually write all that much of it (she gives credit in the acknowledgments to Dan Schwerin and Megan Rooney, her campaign speechwriters, whom she describes “sitting side by side on my couch, computers on their laps, working on a piece of text”). Second, after the personal abuse she received from Donald Trump in 2016, she owed and owes him no honeymoon deference. Third, Democrats who worry her words will somehow harm their path forward are being both unkind and unjust. And finally, because in concept What Happened is a refreshing and original attempt to offer a candid assessment of a political failure from the perspective of the person who failed. Had it been good, it would have been an instant classic.

It isn’t good, but it’s bad in ways that are instructive. It turns out Mrs. Clinton does not have a gift for genuine introspection; most of her acknowledgments of error are grudging and incomplete, or accompanied by passionate self-justifications and accusations of unfair and unjust treatment at the hands of Trump, the Republicans, the media, men, racists, right-wingers, Matt Lauer, and Bernie Sanders. It’s hard to blame her for this; most of us could not examine our own faults comfortably in print. But it makes the experience of reading the book somewhat tiresome.

To say on the one hand that she won the popular vote and only lost by 77,000 votes in three states and on the other that she lost because of misogyny and racism and nativism is the stuff that would make any reader who isn’t automatically of her camp scratch his or her head in bafflement. Barack Obama won two commanding victories with absolute majorities in 2008 and 2012; how then was her defeat, the defeat of one of the whitest people in America, the result of hatred of black people? The illogic is discomfiting and circular.

She is on firmer ground when she goes after James Comey for his outrageous handling of the email investigation into her. She is right to complain bitterly that his July press conference, in which he all but alleged she had engaged in criminal behavior while announcing no charges against her, was a shocking dereliction of duty. And her argument that his late intrusion into the campaign with his October 28 letter announcing the FBI was examining new information spelled her doom cannot be dismissed.

But this is the problem with examining what happened without really examining it. You could make the claim that Hillary’s defeat was written in the cards at the very beginning of her campaign when she made Huma Abedin her closest aide. Why? Because Abedin was married to Anthony Weiner, the disgraced sex-texting former Congressman and NYC mayoral candidate whose seized-by-the-FBI laptop was the reason Comey reopened the investigation. Clinton could not have known that would happen 20 months earlier, of course. What she could and should have known is that her presidential campaign needed to be as far away from Anthony Weiner as possible because he is a human disease. As unfair as that might have been to her loyal aide Abedin, her political cause on behalf of herself, her party, and the country should have been deemed bigger than the loyalty she might owe any one person. A better and tougher campaign would have kept Abedin on the outside. That is the kind of hard-headed–even hard-hearted–decision a savvy and cool-eyed politician must make. And this is the sort of observation that a tough-minded self-examination would have offered.

She complains that she did everything she should have done and said everything people said she should have said and still lost. She offers convincing proof that this is so and openly expresses bafflement that she was not given credit for speaking to the white working class and its issues, etc. The problem that she cannot face, as her bafflement suggests, is that people didn’t believe she meant what she said, in part because what she said was an endless series of platitudes she could not convince anyone was anything more than platitudes. Whatever Trump is, he’s not platitudinous.

The most interesting part of What Happened comes when she examines the reasons Vladimir Putin had for feeling antipathetic toward her and her own growing concern about Russian intrusion into the West’s political processes. The least interesting, and the most risible, sections involve her effort to come across as a regular person who loves hot sauce (“I’ve been a fan since 1992, when I became convinced it boosted my immune system, as research now shows it does”) and occasionally eats ice cream (“One hot night in Omaha, Nebraska, I was consumed with the desire for an ice cream bar . . .[an aide] called an advance staffer, who kind picked some up from the drug store and met us at the plane on our way out of town”). The falsest moment comes when she explains why she chose to run for president again, which she unconvincingly pretends was a choice that was hard for her to make: “It was the chance to do the most good I would ever be able to do.” 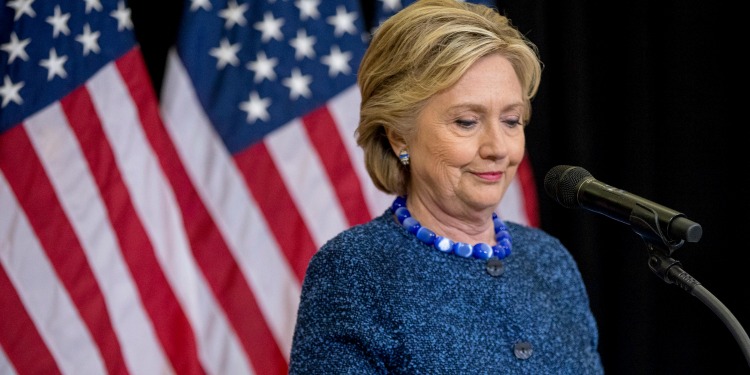