The first concerns a difficult-to-understand detail in one of the early stories on the matter by Kenneth Vogel of the New York Times. Vogel reported that the Ukrainians were unaware of the suspension of U.S. military aid when Presidents Trump and Zelensky had their phone call on July 25. That detail has now been confirmed by Christopher Miller, an expert reporter in Kyiv, in a Buzzfeed dispatch: “The Ukrainian government didn’t know it was being held up in Washington by Trump, according to the two Ukrainian officials. Nearly a month after the call—which Zelensky has since described as ‘good’ and Trump has called ‘perfect’—the Ukrainian government was left stumped when they received word that the aid had in fact been suspended.”

Obviously, if Zelensky did not know about the aid suspension, then the entire notion that the call was drenched in Trumpian mob-boss menace is wrong. To be sure, Ukraine is dependent on American good will, and when Trump asked Zelensky for the favor of looking into something, he was leaning on that. But the “do this for me or you’ll never get that money” threat was not hanging unspoken in the air for the simple reason that Zelensky had no idea the money wasn’t in the pipeline. The House can investigate this all they like and find every manner of supposedly nefarious conduct in the Trump administration’s internal deliberations and thus-far inexplicable aid suspension (and reinstatement on September 11).

The second detail is that the whistleblower who revealed the phone conversation in the first place was in touch with the office of Adam Schiff, the chair of the House Intelligence Committee—which means Schiff knew about the whistleblower’s concerns before he wrote the report. The New York Times story claims the whistleblower was dissatisfied with the way the chief lawyer at the CIA heard his claims. An aide to Schiff “suggested the officer find a lawyer to advise him and meet with an inspector general, with whom he could file a whistle-blower complaint. The aide shared some of what the officer conveyed to Mr. Schiff.” Thus it appears the way in which the contents of the phone call made its way into the general conversation was literally orchestrated by Schiff’s office. If this is accurate, it means Schiff has been an active participant in these events rather than merely a horrified spectator and eventual judge in his role as House Judiciary Committee chair. And a liar, as he said he had no idea what was in the report.

In raising these matters, I am not defending Trump’s conduct. He brought this upon himself with his indiscipline and his evident conviction that his own personal political fortunes are no different from the international needs of the United States. That said, when you combine the facts of the phone call as we now understand them with the backstage shenanigans of Schiff, who is as nakedly partisan a politician as there is in today’s Washington, Democrats may be on the verge of an act of political overreach of almost unprecedented proportions. They’ve moved the ball in their direction without question. Impeachment is more popular than it has ever been. But that means it’s basically a 50-50 proposition, and what goes up can easily go down if the charges being levied at Trump do not deepen and thicken. 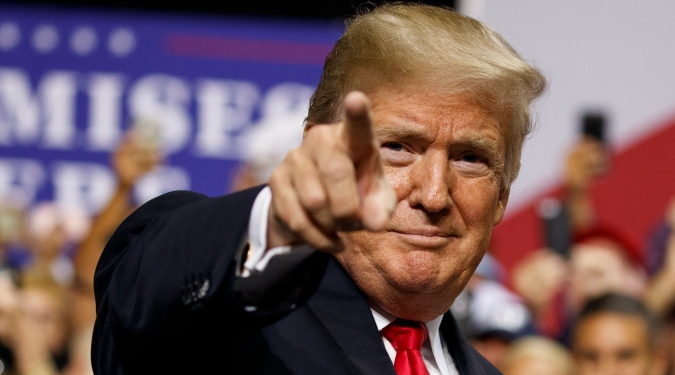