Most of us should take care as we try to make sense of FBI director James Comey’s statement today explaining his (or the FBI’s) decision to recommend against indicting Hillary Clinton. Here is what Comey said:

Although there is evidence of potential violations of the statutes regarding the handling of classified information, our judgment is that no reasonable prosecutor would bring such a case. Prosecutors necessarily weigh a number of factors before bringing charges. There are obvious considerations, like the strength of the evidence, especially regarding intent.

Criminal law is a very complex thing, especially when politics is involved—and I’ve seen close friends and even a family member disgracefully and disgustingly railroaded by politically-motivated prosecutors. So I’m loath to say I can judge Comey’s decision competently.

But there are people who can, and one of them is Andrew C. McCarthy of National Review, himself a distinguished former prosecutor who most famously tried the “blind sheikh” case in the mid-1990s. His example gives the lie to the idea that all “reasonable prosecutors” would have let this one pass based on the facts Comey laid out. McCarthy said it’s unambiguously the case from what Comey himself said that Hillary Clinton violated Section 793(f) of the federal penal code. He wrote that calling Hillary Clinton “extremely careless” is actually a way of providing cover for her. The triggering phrase for criminal activity in the statute McCarthy mentions is “gross negligence,” and he says Clinton “checked every box” necessary to trigger its use. What’s most important in McCarthy’s view is that her “gross negligence” makes her “intent” beside the point:

There is rampant illogic in the articles that attempt to defend, describe, or praise Comey for his prosecutorial discretion here. In a head-scratching New York Times piece, the very fine reporter Michael D. Schmidt explained that Comey was haunted by a plea deal struck between then-Attorney General Eric Holder and General David Petraeus over his mishandling of classified information. In that case, Comey wanted a felony indictment and was angry that Holder let Petraeus plead to a misdemeanor. So because the case against Hillary was weaker (according to Schmidt) than the case against Petraeus, Comey thought it advisable to let the matter go.

This makes no logical sense. Petraeus actually did plead guilty to a crime. Mrs. Clinton is simply not being charged. Period. If the existence of prior plea deals thought to be unjust becomes a bar to recommending indictments, then there will be no indictments of anyone ever again.

Comey said this morning the unusual conditions required “transparency,” but what he did obfuscated more than it cleared up. That is not a good sign when it comes to determining James Comey’s intent. 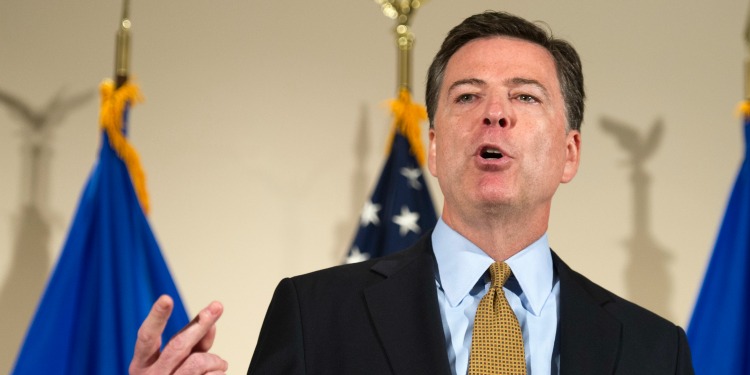