I think she was trying to be nice. Or, if not nice, magnanimous—or what she believed to be magnanimous.

The problem with what Rep. Rashida Tlaib said over the weekend about Jews and Palestinians is precisely this—precisely that she meant to be nice. Her attempt at magnanimity was, in essence, to say this: “given what Jews went through, I feel less enraged and, indeed, even a little ‘calmed’ when I think of the evil they did to my people—my people, who welcomed and helped them!”

This is why Congressional Democrats and figures in pop culture have come to her defense and say that Republicans need to apologize to her. They believe it is exculpatory that she intended to be nice. But she can’t be. Her essential view of the Israeli-Palestinian conflict is distorted and wrong and mendacious.

I’ll just say this. When you say, “When I think about it, your mass murder and land expropriation were the result of how you came from a very dark place so when I think on it, at least I can be comforted by that fact and how wonderful my people were to have been so open to you,” you are only being magnanimous in the sense that you are grandiloquently patting someone you have just called evil on the head and saying, “nice boy.”

Have we fallen so far that people are to be praised for merely acknowledging the fact of the Holocaust? White supremacists often cite Jewish business acumen when they discuss the threat Jews pose to the world. Are we to thank them for their generosity?

Are we supposed to overlook the essential meaning of what people say when they intend to be nice? The whole point of what happened here with Rashida Tlaib is this: She has no idea how to say something about Jews and Israel that isn’t vile, even when she tries really, really hard.

So yes, probably she was trying to be nice.

So the hell what? 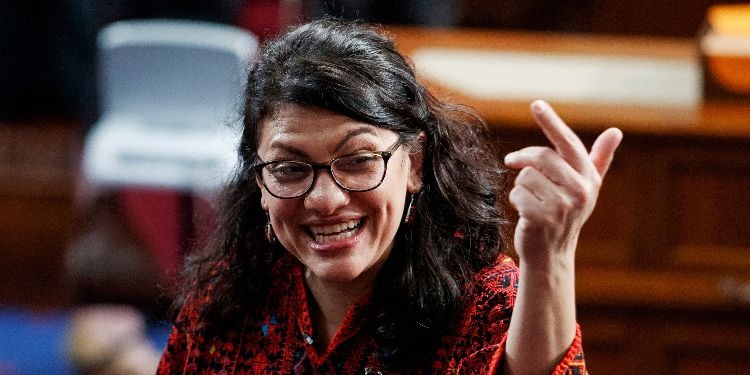