Exactly two years ago yesterday, I published a blog post on this site called Trump: The Case for Despairing—About America. I wrote: “The issue with Trump is that his approach can only be called ‘the politics of unseriousness.’ He engages with no issue, merely offers a hostile and pithy soundbite bromide about it. He yammers. He describes how wonderful things will be when he acts against something or other without explaining how he will act, what he will do, or how it will work.”

Reader, we married him. He is our president. And his unseriousness just played a key role in the disastrous fate of the Republican effort to save the country from ObamaCare.

Remember that it was Trump, in the weeks before his inauguration, who went on “60 Minutes” and insisted that repealing ObamaCare and replacing it simply had to happen at the same moment. That announcement—made with little or no preparation or forethought, it won’t surprise you to recall—instantly made the job of coming up with a political strategy to secure victories on health care vastly more difficult.

It was also a mark of that unseriousness. Here’s what I mean: Say a President Trump who was a different sort of person had convened meetings during the transition period to devise a long-term strategy for the passage of health-care reform legislation. In those meetings, all kinds of obvious scenarios could have been gamed out, including the nature of the attacks against reform. With those scenarios in mind, arguments could have been devised to counter the attacks.

For example, on the question of “lost” coverage, Republicans could have commissioned studies to demonstrate (as Avik Roy detailed last week) that the vast majority of those who would “lose” coverage would be people who chose to do so as adults in a free marketplace. With such studies in hand even before the possible legislation had been proposed, studies showing 6 million rather than 24 million would be thrown out of the marketplace, strategies to provide them with stopgap coverage could then have been devised and announced before the attacks came.

This is what a serious effort to enact health-care reform would have entailed—both a substantive approach to answer weaknesses in the GOP effort and a communications approach to go on the offensive to explain why this would be better than the status quo.

There was nothing. Trump wandered around the White House eating two scoops of ice cream and watching TV and tweeting. He left the communicating to Republicans on Capitol Hill, who proved uniquely incapable of making any kind of case for anything. But cut them some slack—with no administration involvement whatever, they were both shaping bills and trying to keep Republicans on board and figuring out tricky ways to pass legislation without triggering the need for 60 Senate votes. For them also to be in charge of selling the bill when selling isn’t really part of either Paul Ryan’s or Mitch McConnell’s skill set was jawdroppingly negligent.

There is only one possible salesman for a major national shift in policy, and that is the president of the United States. And Trump is a salesman. The problem is he knows only how to sell himself. He has no clue how to sell anything else.

Ryan and McConnell had to focus on bringing together people with wildly varying constituencies and purposes, and basically ended up throwing crap against the walls to see what would stick. The final humiliation of the process on Thursday—in which the Senate basically agreed to debate a bill that night that had only come into existence at lunchtime—was the necessary end result of seven months in which the president of the United States ate up all the oxygen in Washington with his ugly, petty, seething, resentful rages and foolishnesses as expressed in 140 illiterate characters.

There is plenty of blame to go around, of course. But this failure was in the cards the minute Trump both limited his party’s freedom of action by blathering ignorantly on national television and decided to conduct his presidency as though he were Judge Judy. 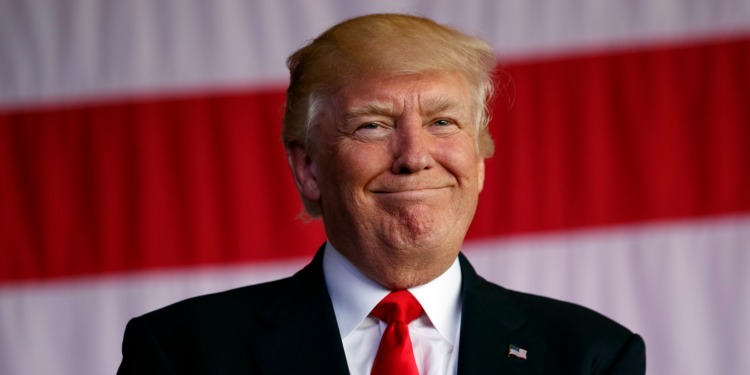