On Friday, Bernie Sanders gave a shockingly uninformed interview to the New York Daily News‘s editorial board. Unaware, perhaps, that the News is not the same populist paper it was when he left New York in 1959 and that the board’s staff is actually wonky and issue-driven, Sanders did not prepare and, in answer after answer, was unable to articulate specific policy aims or get the facts right (notoriously on the death toll in the 2014 Gaza war, which he exaggerated nine-fold). Liberal commentators were utterly and understandably appalled. “Pretty close to a disaster,” said Chris Cillizza of the Washington Post. On Twitter, Austan Goolsbee of the University of Chicago called it “disturbing… If main policy is break up banks/reg wall st how can you not even know what’s legal or what regulators do.” There was a lot more of this.

Well, welcome, fellas, to our world.

Sanders is indeed vague on policy, ill-informed as to specifics, and full of argle-bargle on most everything. But if the liberal commentariat thinks Sanders fandom is going to be shaken to its core by the discovery he doesn’t know what he’s talking about, that’s because they haven’t been paying attention to the lesson of 2016 or have reassured themselves that trends manifesting themselves in Donald Trump’s success with voters are isolated to the Republican party.

Sanders is the fun-house mirror image of Trump. These are both pitchfork candidacies based on the idea that voters need a tribune who will punish the bad guys. For Sanders, it’s the banks and “millionaires and billionaires.” For Trump, it’s Mexicans and the Chinese and Muslims (and hedge funds, when he remembers). They don’t have specifics because they don’t need specifics, and the people who are supporting them don’t want specifics. They want the emotion. They want to be told they’ve been screwed and those who screwed them will be punished. The complexities of punishing them, the mitigation of the consequences that will ensue when the bad guys are punished, and how exactly they will fulfill the promises they make to pay for college (Sanders) or to “win so fast it will make your head spin” (guess who) are matters of almost no interest to their fans.

So, when Mrs. Clinton seeks to take advantage of the Sanders interview by saying “he’s been talking for more than a year about doing things he obviously hadn’t really studied or understood,” and that “you can’t really help people if you don’t know how to do what you are campaigning [for],” and that “I think he hasn’t done his homework,” she’s talking like the Democratic Jeb Bush. Telling people in a revolutionary mood that politics is the art of the possible is like telling an angry mob standing in front of you, torches ablaze, to fill out a form and leave it in the suggestion box.

In fact, one of the reasons the #FeeltheBern crowd is so passionate and committed is because Hillary is so hapless at engaging most voters in a way that responds to the emotions that drive political involvement. And the same was true of almost everyone running against Trump. 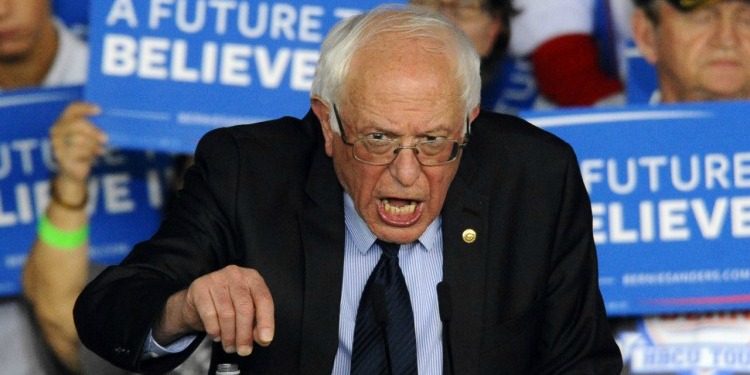