What can you say about a week that included Donald Trump naming the brilliant jurist Neil Gorsuch to the Supreme Court and ended with Donald Trump drawing for Bill O’Reilly a historical moral equivalence between the conduct of the United States and the behavior of Vladimir Putin? Even liberal legal types who do not like Gorsuch’s views and his jurisprudential frame cannot but recognize he is a very serious man and this is a very serious selection. For those conservatives who made their peace with voting for Trump because of the Supreme Court, their unsentimental long view must have seemed confirmed by the Gorsuch choice.

And then the president goes and says one of the most disgusting things any president has ever said on any subject ever—something that is at once untrue, unserious, unpatriotic, unprincipled, and unthinkable.

He sounded like a combination of Michael Corleone in the first Godfather—who responded to his girlfriend’s line “presidents don’t get people killed” with the words “now who’s being naive, Kay”—and Michael Corleone in Godfather II—who responded to a crooked Nevada senator’s moral repulsiveness by saying “we’re part of the same hypocrisy.” The very fact that he sounded like a cold, cynical, amoral murderer and is president of the United States is in itself horrifying; you kind of want your leaders to sound like, I don’t know, good people?

O’Reilly: Putin is a killer.

Now who’s being naive, Bill O’Reilly? Putin and America are part of the same hypocrisy.

Well, surely, if Trump believes his predecessors in the White House poisoned his rivals with radiation in foreign lands and had newspaper editors killed in the lobbies of their buildings… and worked in CIA black ops the way Putin worked in KGB black ops, he should share that information with credible scholars. But he knows no such thing.

He knows America has, at various points in its history, made bad calls abroad, supported morally questionable regimes, and participated in the ouster of others. And he’s probably seen conspiracy-theory movies that play off the same themes as The Godfather. None of that bears the slightest relation to the clear complicity of Putin himself in the murder of many regime opponents in his own country and thousands of miles away.

What Trump knows is that he’s dealt with scummy and corrupt politicians in zoning and land-use disputes who made his life difficult and that just proves everybody is a crook and who are we to turn around and lecture everybody?

Having spent years swimming in the fever swamps of extremist conspiracy theories in the person of his longtime political aide Roger Stone, Trump sees himself as a kind of no-bull truth-teller willing to go places no one else dared before and expose the dark facts of the real world to the sunlight of Twitter and Fox News. But the conspiracies are lies, or deranged distortions, or libels on an admittedly flawed but magnificent country.

And yet, even as he does these things, his White House also restored a modicum of sanity to the Israel-Palestinian settlement issue this week and began laying out a serious deregulatory framework to help the U.S. economy.

The problem is that the bad things may get so bad they will corrupt the good things—that Trump will so stain conservative policies with his horrific verbiage and conduct that he will discredit and disgrace them.

The problem is that he is a person with amazing political instincts and awful inclinations.

The problem is the presidency is only 16 days old. 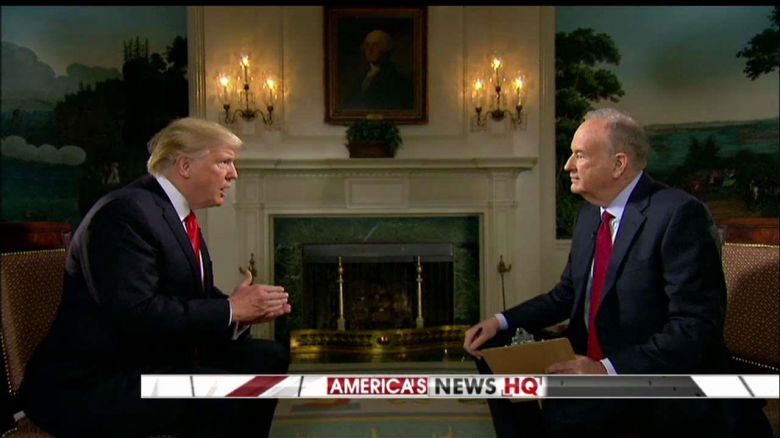