Two of the hoariest cliches in the American-politics business are the work of a turn-of-the-20th-century Chicago newspaper columnist named Finley Peter Dunne, who wrote in the voice of an Irish bartender named Mr. Dooley. They are 1) “The Supreme Court follows th’ illiction returns” and  2) “politics ain’t beanbag.” (Fun fact: Pat Moynihan, himself quite the Irish-American aphorist, had a beloved dog named Mr. Dooley.) Keep them in mind as you consider the madness that has gripped the commentariat and the elites when it comes to the question of the now-open Supreme Court seat long occupied by the remarkable Ruth Bader Ginsburg, may her memory be a blessing.

Mitch McConnell, the Senate majority leader, is currently giving America a lesson in “politics ain’t beanbag.” It’s not a children’s playground game. It’s something much more substantial, and meaningful, and important—and it does not observe niceties. When he had the chance, in 2016, to hold up Barack Obama’s Supreme Court nomination of Merrick Garland on the chance that a Republican might win the presidential election and fill the seat instead, he went for it. You might say, in the manner of the Tammany boss George Washington Plunkitt (who was in his heyday around the same time as Finley Peter Dunne and Mr. Dooley) that McConnell “seen his opportunities” and he “took ’em.”

At the time, McConnell offered a labored rationale about how the divided government meant it was proper to postpone a hearing and a vote because the people should deci…blah blah blah. It was factitious and everybody knew it. He was buying time for a conservative on the court. Liberals screamed that this wasn’t done, it was a terrible injustice to Garland himself, and so on. But McConnell didn’t answer to them, or to Merrick Garland; he is a Republican and a conservative, and he was minding his own ideological and partisan interests. This took thick skin, because, trust me, nobody likes getting attacked the way McConnell gets attacked, not even McConnell. But it was a gamble, and the gamble paid off in the unlikely victory of Donald Trump in 2016.

Here’s what McConnell remembered. He remembered that beginning in the summer of 1991, then-majority leader George Mitchell effectively blocked all senior judicial nominations by the then-Republican president, George H.W. Bush. There were 11 vacancies whose nominees Mitchell refused to move through the Senate, and those vacancies were then filled by Bill Clinton after his victory in 1992. (Second fun fact: One of those held up was John Roberts, who is now, of course, the chief justice, having been appointed to the court by Bush’s son.) Republicans complained about the injustice at the time, but for Mitchell, politics wasn’t beanbag. He seen his opportunity and he took it. The same thing happened at the end of Clinton’s term when the Republicans controlled the Senate. And then, guess what? It happened again at the end of George W. Bush’s second term when Democrats took control of the upper chamber after the 2006 elections.

For McConnell, then, the Garland delay wasn’t a break from tradition—when it came to judges, it practically was the tradition. And with all the shrieks about the injustice being done Merrick Garland, I’m sorry, but the act of making Supreme Court nominations torturous for the nominees themselves was an invention not of Republicans but of Democrats.

It was innovated by Teddy Kennedy, who dragged Robert Bork through the mud in 1987 (having already drowned someone in shallow waters in 1969, he knew something about it), aided by the same liberal interest groups that would suddenly surface Anita Hill in 1991 in a last-ditch effort to try and derail Clarence Thomas’s nomination. Republicans themselves subjected only one nominee to comparable agonies during this era, and that was one of their own—Harriet Miers, George W. Bush’s White House counsel, whose selection in 2005 was kiboshed not by liberals but by the conservative legal and intellectual elite, which reared in horror at the choice of a clearly mediocre crony for a job so important.

So this is power politics when it comes to the judiciary. It is practiced by both parties. And both parties have done cruel and dirty things and acted high and mighty when they’ve done them. McConnell has had to accept the fact that his decision to move forward with a Trump nominee would brand him a hypocrite, and the same is true of Senate Judiciary Committee Chairman Lindsey Graham. But apparently, for these men, the possibility of securing a conservative justice for a position with lifetime tenure is worth the reputational hits they are going to take. Their only real excuse might be that, when it comes to telling the truth, they have used the “penumbras and emanations” beloved of liberals when it comes to rights found nowhere in the Constitution to come up with a rationale that makes it acceptable for them to say it was right that one nomination in a presidential year was delayed while the nomination this year should be fast-tracked.

Is this a violation of norms? I suppose, but deploying ludicrous pseudo-Talmudic reasoning as a debating justification is the oldest game in the book. (The Talmud is pretty old.) Will this contribute to the growing cynicism about politicians? Sure it will, but there’s one basic and unignorable fact here. The Constitution says the president nominates a justice and the Senate advises and consents on that nomination. It doesn’t say a nomination should take more than 45 days, or that liberal groups and reporters should get sufficient time to find people ready to launch spurious allegations against nominees, or that the dying wish of a justice takes precedence over all. It says Trump nominates and the Senate advises and consents. This is maybe the most uncontroversial thing that has happened during the Trump presidency this entire year, and it may be more uncontroversial still, since it may well be that there will be no hearing until after the election anyway.

But go ahead. Have a cow. Mr. Dooley is rolling his eyes at you. 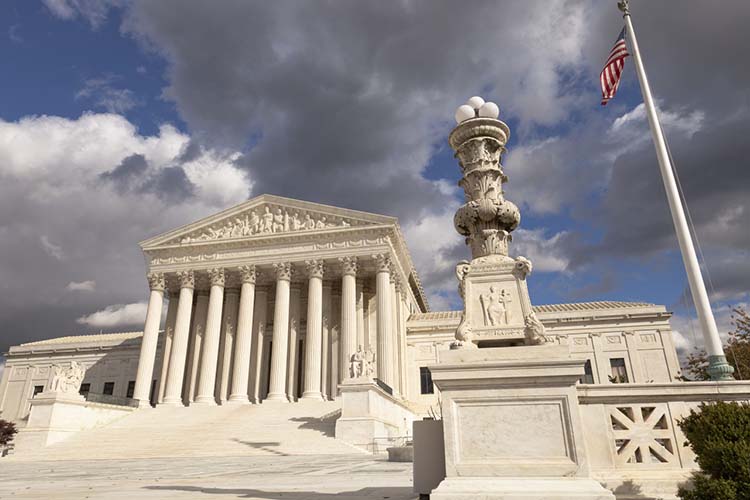