As far as the electorate goes, President-elect Joseph Robinette Biden Jr. is the political version of Goldilocks’s porridge. He’s not too hot (Trump). He’s not too cold (AOC). But even if he’s just right, he’s still porridge—dull and flavorless, but for those who voted for him, hopefully filling.

Which is why he won. He won the Democratic primary because he promised not to be a left-wing lunatic and he won the presidency because he promised to be someone other than the president we have now. In some ways, Biden has received the easiest mandate any politician ever has—because he isn’t Donald Trump, he doesn’t want to be Donald Trump, and he couldn’t be Donald Trump if he tried. So in that sense, his presidency will be a resounding success from Day One. With every breath he takes, he will be as promised—Not Donald Trump.

But what is he?

In the course of five decades of public service, Biden has bounced all over the place. He was most durably known in D.C. for his inability to stop talking. He was a scattershot senator who always paid obeisance to his party’s left while championing ideas that skewed far more to the center, especially when it came to fighting crime. A “drug czar” to coordinate executive-branch actions was his idea, and he was the driving force behind the 1994 crime bill—which leftists trashed him for during the primaries but many conservatives actually opposed on grounds that it was full of cutesy community action initiatives like federal sponsorship of “midnight basketball” programs to keep kids out of trouble.

As far as the kinds of things presidents have primary responsibility for, both as senator and as vice president, he was often taken with wild plans for splitting countries (Iraq, Afghanistan) into threes while never actually supporting serious and sustained military action of the sort that might actually be necessary should you somehow take it upon yourself to split another country into three.

Could he execute his nutty schemes when he’s in the White House? Perhaps, if he has the energy and wherewithal to do so. But in style and manner and execution, Biden ran one of the most brilliant campaigns in American political history by promising the opposite. Day by day, speaking pretty quietly and then, during the summer of the virus, barely speaking at all, he was modeling and embodying the persona of an unambitious leader—someone who would simply be content to reflect the consensus of his party, whatever it might be as long it wasn’t too out there, and just sit in the Oval Office not being crazy.

The American people have, they told us this week, had enough of the crazy. But will they miss it when it’s gone? And will the Democratic Party push Biden, almost unconsciously, to emulate Trump because they want to “own the cons” as much as Trump was determined to own them? 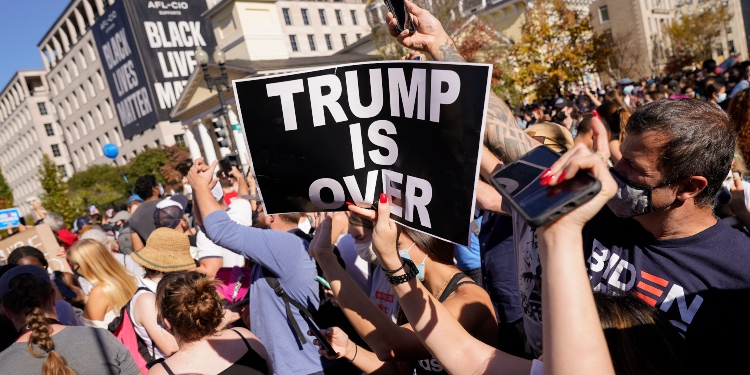