For more than 40 years, ever since the United Kingdom began its integration into Europe with its entry into what was then called the Common Market, Britain has been never been anything less than uneasy with the interweaving of its political and policy destiny with that of the continent. The idea is a simple one and for obvious reasons is never quite stated outright: Britain is a nation apart. It is better. It is the founder of the modern world, the progenitor of modern political freedom, and was twice called upon in the 20th century to help save Europe from itself. For the UK simply to become one nation among two dozen in a loosely confederated Europe is a betrayal of its own national identity—as indeed the idea of a united Europe is itself a purposeful assault on the very notion of national identity.

I’m not saying that this assault is always wrong as a general rule—where the EU is concerned we’re mostly talking about Germany, after all. But proud Britons who believe they have a role to play in the advancement of freedom, liberty, and world order have long believed their nation’s interweaving with the continent reflected a high-minded but culturally suicidal refusal to draw distinctions between British national pride, which has been a net plus for civilization, and German or French national pride, which have been either a wash or a net minus for same.

The best case against Brexit was that it would lead to exactly what is happening today—market uncertainty and global panic in the face of change whose consequences are actually unknowable. For months, Britons were told this by those who wanted Britain to stay in.

The worst case against Brexit was any kind of high-minded claim about the moral virtues of European integration, which is why it was not made very much over the past few months—not with Southern Europe’s financial woes demanding resources from Northern Europe to support their insupportable welfare states and Germany’s astoundingly ill-advised decision to open the continent to massive amounts of immigration from Syria and elsewhere with little or no capacity to protect against terrorist dangers. Add to that the haughty insistence that any exercise of British nationalism was no different from racism and xenophobia and you have a population being told that its own discomfiture with the European Union is beyond the bounds of proper discourse. That is not a way to convince people to vote for you.

Often in politics, a modest case is a good case—that huge change is just too dangerous and it’s better to stay the course. But there’s the small matter of those 40-plus years of British querulousnes with Europe and the fact that so many people for so long a time had warned of the consequences of integration and had been proved prescient by the undemocratic behavior of the mandarins at European Union Central in Brussels, and then by the Greek collapse, and then by the migrant crisis. There was a history here, a long and sustained history of argument and reflection made by brilliant men and women who love their country. And that argument won. 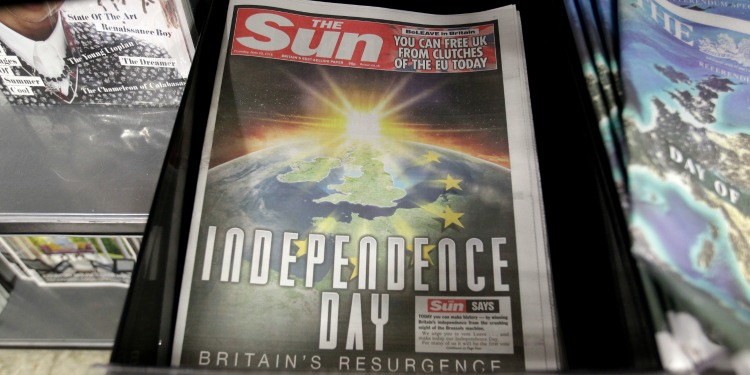