Seth Rich was 27 when he was killed on a dark street in a sketchy neighborhood in the nation’s capital last July. He has become world-famous in the past month because his corpse is being used as a proxy in the war over the reputation of Donald J. Trump. Enraged media figures on the Right who believe Trump is being unjustly accused of colluding with Russia have turned to the Rich story to offer their audiences an alternate potential crime to chew on—one in which they can hint at the possibility that Democrats had one of their own killed.

Seth Rich’s murder is being used as counter-programming.

Rich’s grieving family is begging the counter-programmers to stop. They are pleading with media giants like Sean Hannity to stop peddling insinuations about Rich’s murder that paint this young man—who was by all accounts a golden boy—as a felonious leaker. Their pleas seem only to be hardening the determination of Hannity and others to keep going.

Hannity has devoted a considerable portion of his show in the past week to “raising questions” about the story. He has been joined in the fray by Newt Gingrich, one of Trump’s most reliable defenders and counter punchers. Gingrich is perhaps nostalgic for the days back in 1994 when he made headlines for suggesting a woman who had drowned her two sons proved that the country needed to vote Republican in the midterm elections that year to save itself from moral degradation.

What are these “questions” Hannity and Gingrich are raising? Well, Rich was working at the Democratic National Committee when he was killed, and the crime is still unsolved, and the DC police claim it was a botched robbery doesn’t hold up because Rich’s wallet and watch weren’t taken.

It is terrible that the crime is still unsolved, but everyone knows Washington has a famously lousy police department. 20 percent of the city’s murders go unsolved, according to a 2013 study by NPR, and 48 percent of its burglaries. And it doesn’t take much to imagine how the crime went down—a robber came up behind Rich, inadvertently pulled the trigger on the gun he was brandishing, and fled in terror rather than rifle through Rich’s pockets.

That scenario is vastly more plausible, and more humane, than the conspiracy theory that has animated the fever swamps of the Right for 10 months. According to that theory, Rich was the victim of a political hit after someone “discovered” he was the person who had provided Wikileaks with the DNC emails that showed the committee had tilted unfairly to Hillary Clinton at Bernie Sanders’s expense.

This theory alleges that the late Seth Rich committed a felony by stealing his employer’s confidential information and providing it to a nefarious actor that is—at best—the unwitting catspaw of an authoritarian government in Moscow. It should go without saying that defaming a dead man by asserting he was killed for doing something criminal is a great evil.

Second, this theory suggests someone at the DNC or with the Hillary campaign hired a hitman to kill Seth Rich because Rich “knew too much” or “couldn’t be allowed to talk” or whatever other ridiculous clichés straight out of a third-rate spy movie you want to employ. I’m no fan of former DNC chief Debbie Wasserman Schultz but even the suggestion she might have been a party to murder is so far out of bounds there aren’t even good similes or metaphors to capture how far out of bounds it is.

This is why various bizarre hangers-on from the far-right fever swamps got involved in the case and offered to engage private investigators for the Rich family—which was understandably frustrated by the lack of progress in the DC police investigation. Those efforts culminated with a deranged story last week on the Washington-based Fox affiliate featuring revelations from a so-called private investigator—a food-safety worker who was some kind of DC police officer before he was fired two decades ago. The next day, this guy retracted his own allegations and said he had gotten all his information from a Fox reporter.

That foul game of two-way telephone is what galvanized the conspiracy theory anew, and brought us to this sorry pass.

For ten years, Seth Rich was a camper and a counselor at the summer camp my daughters now attend. Its director, Jacob Cytryn, had this to say about Seth after his death: “His intelligence, charisma, and emotional openness made him someone you wanted to like you and someone you wanted to be like. He was one of the great campers, an exuberant, roofball-playing, teenage mutant ninja turtle-dancing, light-and-sound-board-controlling platinum blond kid from Omaha with a massive heart and a brain and a soul to match.”

Those who have no evidence that he was anything but the person Cytryn portrays him as and are instead portraying Seth Rich as anything else—those people who didn’t know him and have no interest in him other than his utility as Trump counterprogramming—should know only shame. 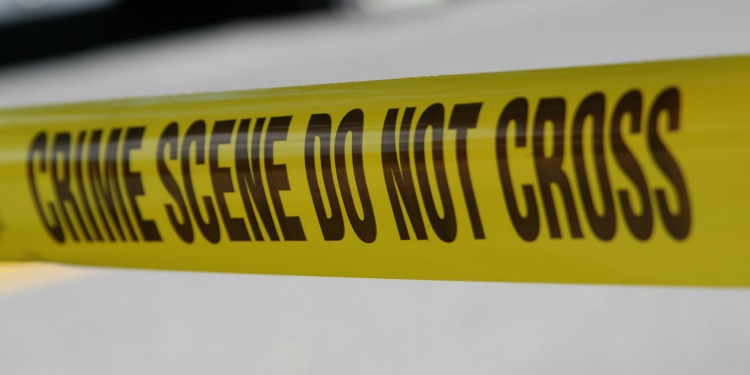