This is what we learned today. We learned that on January 6, Mitt Romney was coming down a hallway. In less than a minute, he would have encountered members of the mob who had breached the Capitol. The heroic Sgt. Eugene Goodman, who was cleverly guiding the rioters away from the Senate chamber, quickly directed the former Republican nominee for president to run in the other direction. Romney ran. Had he not, it is all but certain that he—the signature enemy of all things MAGA, the man who had voted to convict Donald Trump in the first impeachment trial early last year, and a sitting senator from Utah for whom many of those in the mob likely voted for president a little more than eight years ago—would have been tased and then beaten to death by the insurrectionists.

What we knew before we know even more chillingly now, after the second day of the impeachment trial of Donald J. Trump. The January 6 rioters had blood in their eyes and blood hunger in their voices. And by the time they were done, five people would be dead and 100 cops would be injured.

And they would not have been there—not a one of them, not on January 6, and not ever—if Donald Trump had not wished it so.

Look, the House of Representatives erred in their drafting of the article of impeachment against him by describing Trump as “singularly responsible” for the events of January 6. Trump was not singularly responsible. He did not smash windows, he did not trespass, he did not injure, he did not use a chemical weapon against police officers. For all these actions, the rioters who did so and who have been identified by authorities and charged with crimes will pay, but likely not pay nearly enough, for their monstrous devilry.

But he’s not without responsibility. He bears some responsibility. The amount of responsibility any public official should have for the storming of the Capitol in which people were killed and injured and elected officials were placed in harm’s way simply for going to work and doing the jobs they were voted in to do should be zero.

If the percentage of responsibility were set at 0.0001 percent, Trump would still deserve the impeachment he got while he was president—and, I believe, still deserves conviction despite the fact that he is now an ex-president.

I understand Republicans in the Senate are not going to vote in sufficient numbers to convict Trump—let’s say because their constituents do not want it, he poses a political danger to them, and, who knows, they might actually fear for their lives from the same kinds of people who were in the building on January 6. But how can they have watched the footage of Mitt Romney narrowly avoiding his own murder and not understand that could have been any one of them? And how can they avoid the understanding that the mob was there because Trump summoned a crowd to Washington on that day?

Are they just going to let… it… slide? 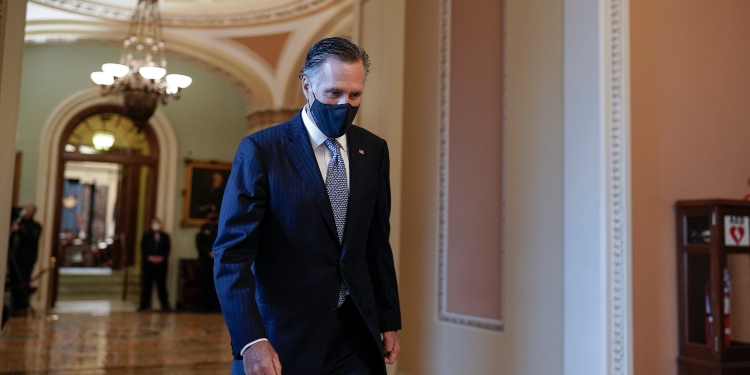