If the tale as we have been told it thus far is not misleading or incomplete, we’ve just heard what is unquestionably the worst story yet about Donald Trump and his actions and behavior as president. Both the Washington Post and Buzzfeed are reporting that last week Trump revealed intelligence of the most highly sensitive nature to the Russian Foreign Minister in the Oval Office. That intel, it is said, was gathered by a foreign service and shared with us. Its revelation to untrustworthy actors is extraordinarily dangerous.

Both National Security Adviser H.R. McMaster and Secretary of State Tillerson are saying the president did not compromise “sources, methods, or military operations.” But the Washington Post story does not allege he did. It says he “did not reveal the specific intelligence gathering method, but described how the Islamic State was pursuing elements of a specific plot and how much harm such an attack could cause under varying circumstances. Most alarmingly, officials said, Trump revealed the city in the Islamic State’s territory where the U.S. intelligence partner detected the threat.”

What the president may have done here is not illegal. The power to classify information flows from the president himself under the auspices of Article II of the Constitution, so it stands to reason he cannot be charged with its mishandling as a criminal matter.

But. But. But. The mishandling of classified information could certainly be defined as a high crime or a misdemeanor by Congress, these being the terms under which an impeachment charge can be levied at the president.

There are other reasons for everyone, including Trump supporters, to be furious as well, even if what might have happened here does not trigger so breathtaking a consequence. For example: If it becomes an accepted fact that the president revealed code-word intelligence at the highest level to an American antagonist, how on earth is any federal prosecutor going to be able to build a leak case against a lower-level official on the grounds that such an official mishandled classified information? Defense attorneys will be able to raise the case of the commander-in-chief himself revealing such information and raise substantive questions about due process and equal treatment.

Who now thinks the Senate is going to be able to keep its eyes on the prize, buckle down, and pass the health-care bill? Anybody? Bueller?

Over the weekend, Trump supporters and anti-anti-Trump people were looking at some pretty bad polling for Trump and saying that since it didn’t show him falling off the end of the earth after his firing of FBI Director James Comey, liberals and Democrats were indulging in fantasy by imagining he had begun to self-destruct.

Well, first of all, hovering around 40 percent approval (with only 25-30 percent approving of the Comey firing) hardly puts Trump in the catbird seat. Second, the positive gloss failed to acknowledge the exhaustion Republican politicians in Washington are experiencing from the heaviness of the water they are being asked to carry for him. And third, the man who fired Comey in such a heedless manner is a man who is likely to have done or do more heedless things that will continue to peck away at his support like the birds pecking at Prometheus’s liver. Which may describe exactly what has just happened. 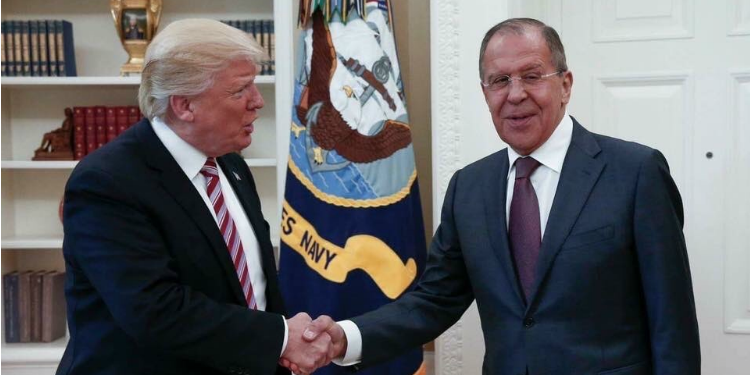