Today, the eight selective high schools inside the New York City public system informed kids and their parents about admissions for the next academic year. The schools—among them Bronx Science, Stuyvesant, and Brooklyn Tech—are among the best-known in the country. In all, 23,000 kids applied, of whom 18.1 percent, or around 4,200, were admitted. Eliza Shapiro, who covers the public schools for the New York Times, is alarmed. “Somehow, the number of Black and Latino kids getting into NYC’s specialized high schools is DECLINING. Schools will be 9% Black/Latino this year,” she tweeted. “The numbers, year after year, tell us the same story. Nothing has worked to diversify these schools with the admissions exam in place as is.”

She makes the point that 28 percent of the kids admitted are white, while only four percent are black. A disaster for diversity.

Oh? Well, who do you think is getting in? If you add whites, blacks, and Latinos together, they will constitute around 37 percent of the kids at these eight schools. Now take a wild stab at the ethnic origins of the absolute majority of admits—a stunning 53.7 percent in all. You guessed it. Asian.

And it’s not only that. Asians made up the plurality of kids seeking admission—35 percent of the applicants were Asian, compared to 18.5 percent white and 18.4 percent black.

In other words, Asians sought placement in these schools at an absolute rate nearly double that of whites or blacks.

Making the diversity question entirely one about black vs. white placement is disgraceful. Asians are a smaller minority in New York City than whites or blacks, and some intra-Asian groups are among the city’s poorest.

These are not financially or socially advantaged people. But they are determined that their children learn—that the best way forward for their children is to get the best education possible. And their kids take this one test, just like everybody else does, to secure a position in these eight schools.

Mayor De Blasio has been unable to interfere with the so-called SHSAT schools because their admissions systems are governed by a 1971 state law. But what these numbers show is that the system works. The beneficiaries of the system are disproportionately members of a minority group, not kids from prep schools with legacy admissions to Old Ivy. They get in on their own steam, working their tails off.

But you know, that isn’t diversity. Because for the racially obsessed, diversity means something other than… diversity.

God bless these kids. May they thrive and prosper and bring greatness to a country whose elites are, alas, turning their collective back on the very virtues they exemplify. 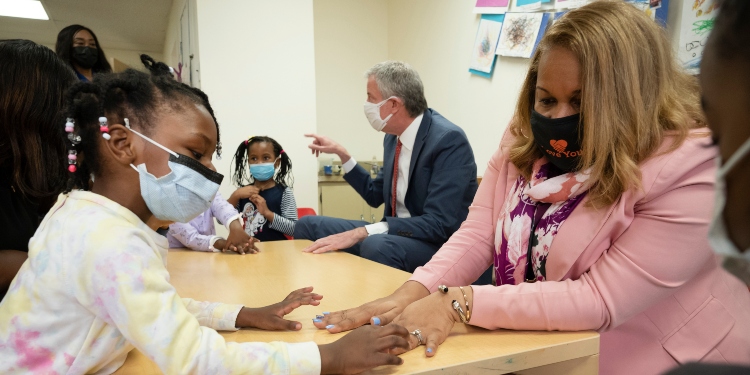